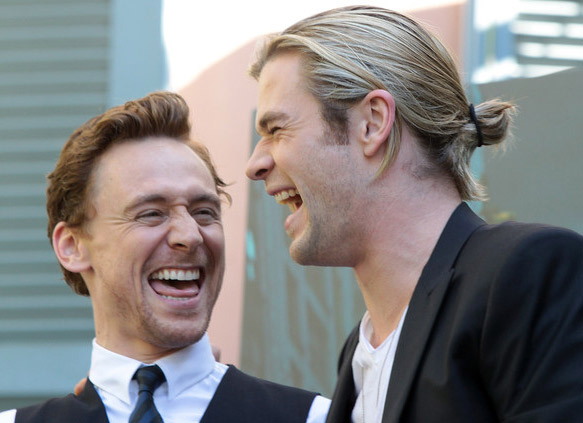 While out promoting his latest release, The Heart of the Sea, Chris Hemsworth was asked his opinions on the upcoming Thor: Ragnarok movie and what he thinks that movie could use! You know, it is actually kind of weird that the Mighty God of Thunder would get caught up with Moby Dick, but then again they are both kind of mythological figures in history. Not as crazy as I might have expected. Where was I? Oh yeah! Chris Hemsworth was asked what Thor 3 could use and his response? “I think [Thor 3] needs to be injected with that sort of smart wit and unexpected kind of humor, kind of what James Gunn came in and did with Guardians [Of The Galaxy]. It was like off center and unpredictable, and I think we can definitely use a dose of that, you know?”

More humor eh? I guess everybody needs their apocalyptic events with a fair amount of levity! Does Marvel’s Mighty God of Thunder think the new director, Taika Waititi, is up to the task? “I feel we had less of the sort of the naivety or fun or humor that the first [Thor] might have had. I wish we had more of that in the second [movie] … We’ve done regal. We’ve done Shakespeare, and we’ve shown that. I think now it’s time to go, ‘Ok, cool. Let’s try something different,’ and Taika just had such a brilliant sort of take and funny kind of ideas about where we could [go], how we could do that.” Well there you have it! I guess Thor: Ragnarok will be a slightly different take on Asgard…and the apocalypse!