Home COMICS Biographies Color Him Bad: The History of Marvel’s Killgrave, AKA The Purple Man 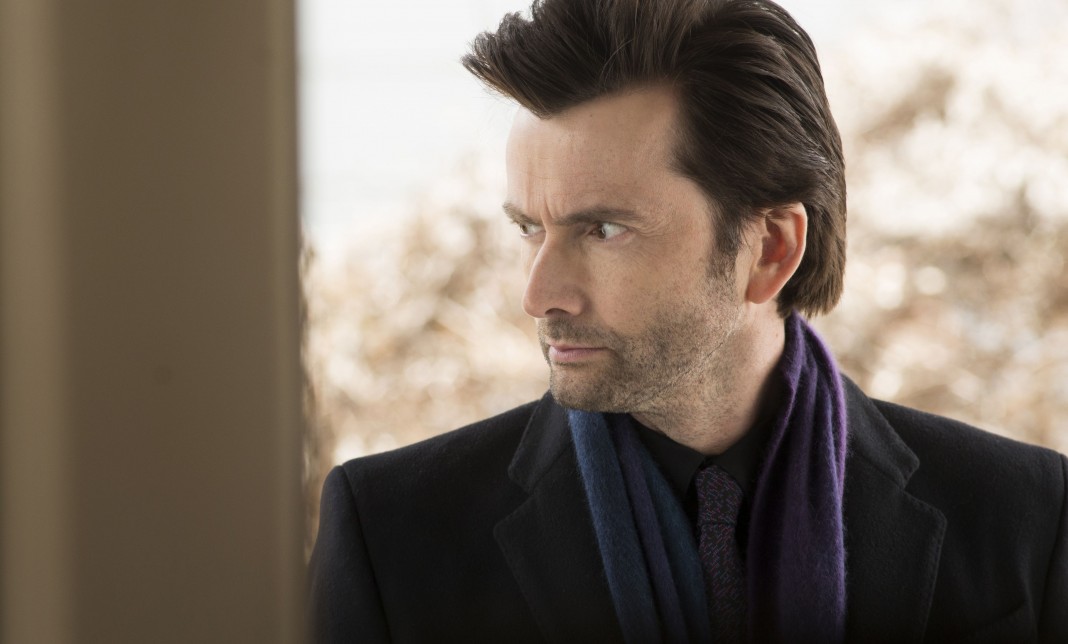 Who is Killgrave, AKA The Purple Man, on the Marvel Netflix Series, Jessica Jones?

The world is now discovering the evil of one of Marvel’s most terrifying villains. Zebediah Killgrave, aka The Purple Man, is the psychotic antagonist in Marvel’s Jessica Jones. Played by David Tennant, Killgrave is now the latest in a pantheon of live action rogues to spread chaos throughout the cinematic Marvel Universe. Tennant had big shoes to fill on Netflix because Vincent D’Onofrio as Wilson Fisk cut such a potent and brutal figure on Marvel’s last Netflix series, Daredevil. Thankfully, Tennant’s Purple Man is up to the task, and fans of Marvel on Netflix are finding themselves, more often that not, bolting closet doors and sleeping with the lights on.

Killgrave the Purple Man wasn’t always a villain that people talked about in hushed whispers of loathing. No, quite the opposite in fact, because up until Killgrave appeared in the pages of Alias (the comic that featured Jessica Jones), the Purple Man was always considered somewhat of an also-ran loser, a garishly colored punch line of a villain that was more of a footnote than a true threat to any of Marvel’s pantheon of heroes.

To find out how Killgrave went from being a laughable, forgotten foe to Marvel’s version of Hannibal Lecter one must go all the way back to the earliest issues of Daredevil. The Purple Man was introduced in Daredevil #4 (1964) and was created by Stan Lee and Joe Orlando. Killgrave was originally portrayed as a Russian spy who was assigned to steal an experimental nerve gas from the American military. Killgrave was caught in the act and a stray bullet punctured the nerve gas canister, spraying the spy and permanently dyeing his skin purple. When he was arrested, Killgrave gave authorities a flimsy excuse and, shockingly, they let him go. Killgrave realized that the gas imbued him with the power of suggestion and pheromone enhanced manipulation. He became the Purple Man and went on a crime spree until he was brought down by the still yellow-clad, neophyte Daredevil. Now, one has to wonder if Netflix’s Killgrave has a back story that contains Daredevil. It would be great cross show synergy if Daredevil, the star of Marvel’s first Netflix show, had a hand in creating the antagonist of Marvel’s second streaming offering. Whatever the case, the Purple Man failed to make an impact in his early appearance and quickly become just another villain stopped by the ‘Man Without Fear.’

The Purple Man would return in the pages of  Daredevil. At the beginning of the Bronze Age, when Matt Murdock relocated to San Francisco, Killgrave was there on the Left Coast to once again take a crack at ‘ol Hornhead. This time, there was a bit of a hint on what kind of horrors Purple Man could inflict with his powers. In those days, Murdock was dating a woman named Heather Glenn. Glenn’s father was a millionaire industrialist who fell under the sway of Killgrave’s powers. Maxwell Glenn was compelled to commit many crimes while under the Purple Man’s thrall, and after he was apprehended, the tycoon committed suicide rather than stand trial. Heather Glenn and Mat Murdock’s relationship never recovered and all of a sudden, the Purple Man did not seem like much of a joke.

But it would be a long time until Killgrave popped up again. Particularly in the Frank Miller era of Daredevil, Killgrave and the rest of Daredevil’s original rogues gallery were mostly forgotten. Purple Man did, however, play a role in the “Emperor Doom” (1987) graphic novel by David Michelinie, Mark Gruenwald, Jim Shooter, and Bob Hall. Over the course of this almost forgotten classic, Doctor Doom used Killgrave to take over the world. Doom built a transmitter that allowed him to use Purple Man’s power of persuasion to force everybody to accept Doom as Emperor. The tale showed just how powerful Killgrave could be but in this particular story, the Purple Man was not a master villain at all; Killgrave was a tool used by a master villain, creating a distinct dilatation between a true threat like Doom and an also-ran patsy like Killgrave. The status as patsy would not last forever.

After “Emperor Doom,” Killgrave’s greatest contribution to the Marvel Universe was his daughter. In the pages of Alpha Flight, it was revealed that the Purple Man once used his powers to force a woman to live with him and to love him. During this forced captivity, Killgrave actually fell in love with the woman and released her from his thrall. Of course, the woman was horrified and fled, but she was pregnant and, years later, her daughter developed the same powers as her father. Joining Alpha Flight, the daughter of Killgrave took the name Persuasion and became one of Canada’s finest (if now, all but forgotten) heroes. Persuasion was an important part of  Alpha Flight for a while, but after the book chronicling the adventures of Canada’s greatest super team ended, Persuasion barely appeared again. But her creation was important because it established Killgrave as a man who would use his powers to achieve his sexual desires. Not only was Purple Man a criminal, now, he was a sexual predator and all of a sudden, the creep factor of the Silver Age character amped-up considerably.

This new aspect of Killgrave would help lead to the character becoming the living nightmare in the pages of Alias. Persuasion’s mother wasn’t the only woman Killgrave had used to fulfill his lustful, slimy desires, as fans of Jessica Jones would soon find out. When Alias first began in 2001, fans were introduced to Jessica Jones, a broken woman who had once been a colorful super hero named Jewel. It was clear that something awful had happened to Jones, the once hopeful hero who fans were witnessing descend into a morass of booze and violence. What fans didn’t know was that Jones’ plunge into numbing desperation happened because of the almost forgotten Daredevil villain, the Purple Man. I won’t go into detail as I don’t want to spoil any story elements for those about to binge watch Jessica Jones on Netflix, but I will say that under the direction of Alias creators Brian Michael Bendis and Michael Gaydos, Killgrave was no longer a tool or a fool, he was a Dracula-like evil, an ever present and palpable threat to Jessica Jones’ very sanity.

Killgrave didn’t even have to appear on the page to be threatening as any hue of purple to appear in the book was terrifying. As Alias continued, the threat of Killgrave became more and more intense. In the pages of Marvel’s first mature readers title, Killgrave was portrayed as a violent psychopath, a rapist, a master manipulator, and a killer. He was the reason that Jessica was a broken woman and no longer a hopeful hero. He was the greatest evil Jessica Jones had to face and the story of Alias was built towards the final violent confrontation between Purple Man and broken woman. It was truly intense, and fans of Marvel on Netflix will soon get to see it play out before their very eyes.

After his appearance in “Alias,” the Purple Man was no longer a joke. He was no longer a forgotten villain from a bygone age; he was now a potent symbol of evil in the Marvel Universe. After his final confrontation with Jessica Jones in the pages of Alias, Killgrave popped up in the pages of New Avengers and once again in Daredevil, both appearances continuing to build on the villain’s new status as horrifying string puller. Recently, Killgrave the Purple Man made his TV debut, played perfectly by a legend in the annals of geek culture, the 10th Doctor himself, David Tennant. If critical praise and adoring audiences are to be believed, Killgrave may have successfully stolen the show. Not bad for a criminal mastermind that was almost forgotten.