Home MOVIES This Is What Helmut Zemo Could Have Looked Like 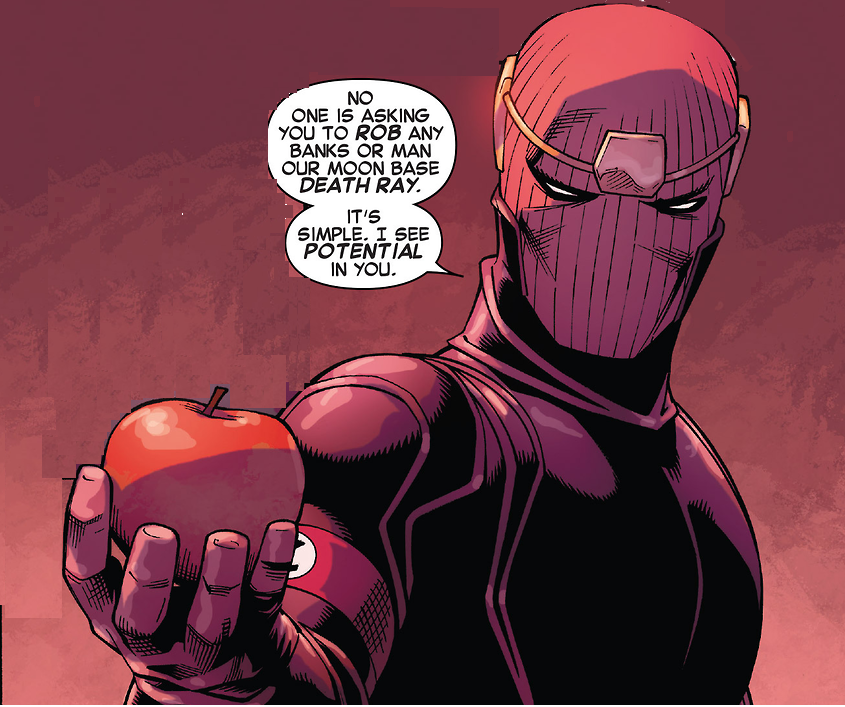 Considering this is an article regarding Helmut Zemo, a character from Civil War, just be warned that spoilers from the third Captain America movie could follow. So be careful if you don’t want anything ruined for you.

One of the most surprising parts of Captain America: Civil War was the character of Helmut Zemo. Using just a short amount of screen time, the character was given depth and an emotionally driven agenda. He was a great supehero movie villain, despite looking nothing like his comic book counterpart. However, that wasn’t always the case.

In fact, at one point, Helmut Zemo was more recognizable in an earlier incarnation designed by conceptual artist, Andy Park.

It’s a pretty great version of Baron Zemo and similar to the one many fans are familiar with. The purple mask was always going to be tricky, but I think Park pulled it off by incorporating it as part of a mercenary look. The image even incorporated the animal- print collar that Zemo has worn from time to time. All in all, this is a terrific take on Zemo, but probably not one that would have worked in Civil War.

Daniel Brühl was great as Helmut Zemo in Civil War. He made the character sympathetic and perfectly portrayed the former Sokovian soldier as the guy pulling the strings in the background. His version of Zemo didn’t need the purple mask, and I’m convinced the mask would have gotten in the way. The Russo Brothers would have been forced to spend time explaining why Zemo wears the mask, adding to an already elongated two-and-a-half-hour run time. By leaving the mask off, they just let Zemo be Zemo… and it worked.

Now, it doesn’t mean this amazing Zemo rendering should be tossed in the trash bin. As we saw, Helmut Zemo wasn’t like your typical Marvel villain who gets knocked off by the end of the film. He was spared by T’Challa and was last seen trying to get into the head of Everett Ross. Zemo still exists in this world, and there is already a perfect time to bring him back into the fold (something Daniel Brühl said he hopes will happen).

Helmut Zemo should be a major player in the upcoming Black Panther movie. By the time February 16, 2018 rolls around, perhaps Zemo finally gets his moniker of Baron. Everett Ross can send Zemo to Wakanda to track down the whereabouts of the Winter Solider (who is now a human popsicle in the African Nation). While on his mission (and wearing his new disguise complete with purple mask), Zemo seeks revenge on T’Challa for getting in the way of his Civil War plans. You can even have Zemo team up with Ulysses Klaue (remember him from Age of Ultron?), creating a super-villain team that T’Challa (and hopefully whoever Michael B. Jordan and Lupita Nyong’o are playing)… have to stop. It writes itself, but I’m sure Ryan Coogler will come up with an even better idea than that.

So good news; Marvel delivered a solid villain in the form of Helmut Zemo. Even better, his time in the MCU wasn’t cut short; hopefully, he can continue to be a major player throughout Phase 3 (even if he continues to work in the shadows). Finally, if he happens to dons a purple mask… I don’t think I’d be opposed to it.