Home COMICS Thanos vs. The Ultimates in Your First Look at ULTIMATES #8! 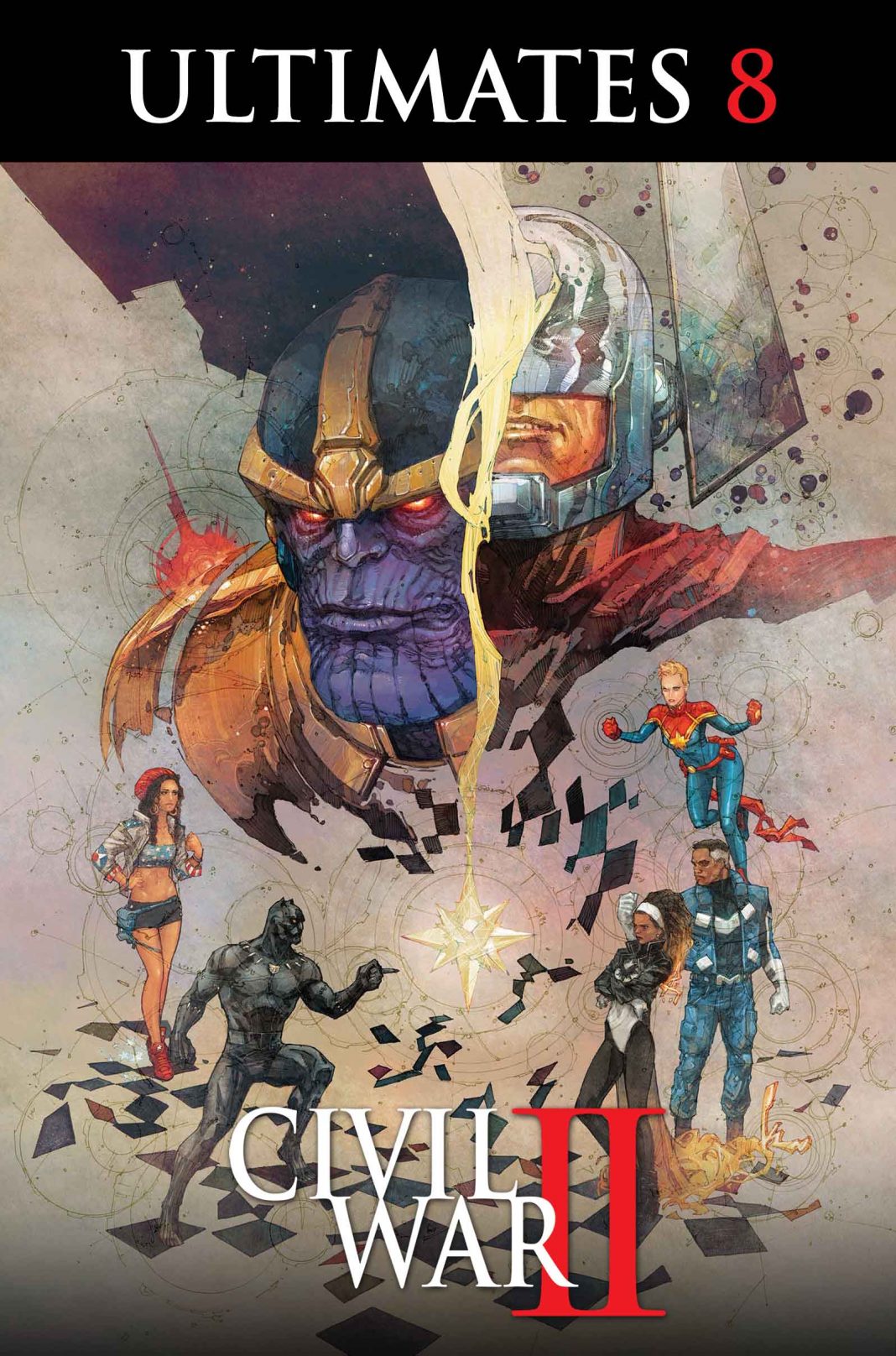 They are the ultimate team for the ultimate solutions. But what happens when they come face-to-face with the ultimate foe? Today, Marvel is pleased to present your look inside ULTIMATES #8 – the blockbuster Civil War II tie-in from fan-favorites Al Ewing and Kenneth Rocafort! Thanos has made landfall on Earth. It’s the Ultimate’s job to stop him. And they won’t be enough. Even if they win this battle – will the ultimate super-team survive the high cost of victory? As the conflict of Civil War II begins – can Carol’s team stick together? Plus – as the Ultimates prepare for war, the deadly Anti-Man plots his next move. Be there as the Ultimates enter the Civil War II fray this June in ULTIMATES #8!

But first, check out this beautiful variant cover and finished, unlettered, interior pages!

Are you ready for Blue Marvel, Captain Marvel, Black Panther, Ms. America Chavez and Spectrum to (maybe) kick the sh*t out of Thanos before he kicks the sh*t out of The Ultimates, Earth, and any unfortunate, planetary body residing within the radius of Thanos’ immensely exuberant kill-zone? Cool.