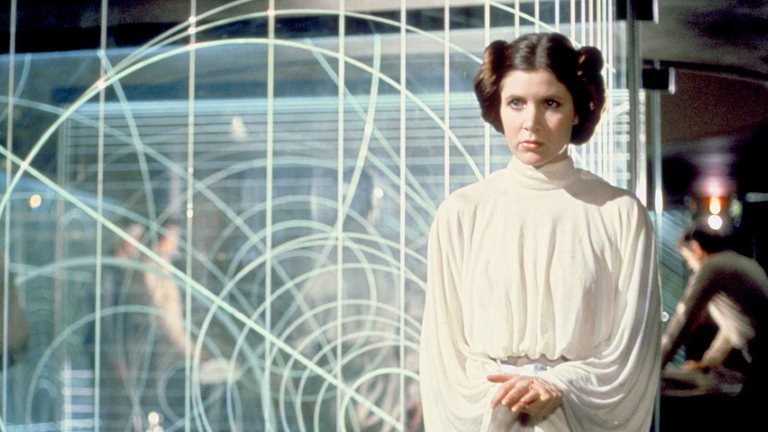 Before the new-NEW Star Wars movies were planned, the Star Wars Expanded Universe (IE, the books), had some wild speculation on what happened to our beloved characters at the end of Return of the Jedi. Did Han and Princess Leia get married? Did Lando eventually run into a Lego Batman to ask him about his sweet space cape? Did R2-D2 slowly take over the universe in a bid to eradicate all human life and kill Sarah/John Conner? Well, after Disney bought out Star Wars all of those books were kicked to the curb and now I guess we have a new-NEW canon! Hooray?!?

Okay, so mild rants aside, in a recent interview with IGN, JJ Abrams was asked why Princess Leia didn’t become a Jedi at the end of…um…Return of the Jedi. I kinda figured that she would be trained as a Jedi and I thought that was kind of implied, but I guess not! JJ Abrams, in typical fashion, responded, “Well, you know, it is funny…in talking about this with Lucas, the question of at what age can somebody learn the Force and become a Jedi, and I like to think that there isn’t really a ticking clock and it is never too late, but it is a great question and one we talked about quite a bit even with Carrie (Leia) like, why didn’t she take advantage of this natural Force strength that this character had? And one of the answers we had was it was simply a choice that she made and it was her decision to run the Rebellion and consider herself a General and not a Jedi. Not that there was any regret, but clearly we’ve seen that she is Force strong and I consider that an intrinsic part of the character.” Does that mean that Leia still can become a Jedi? That would be an interesting training montage, that’s for sure!