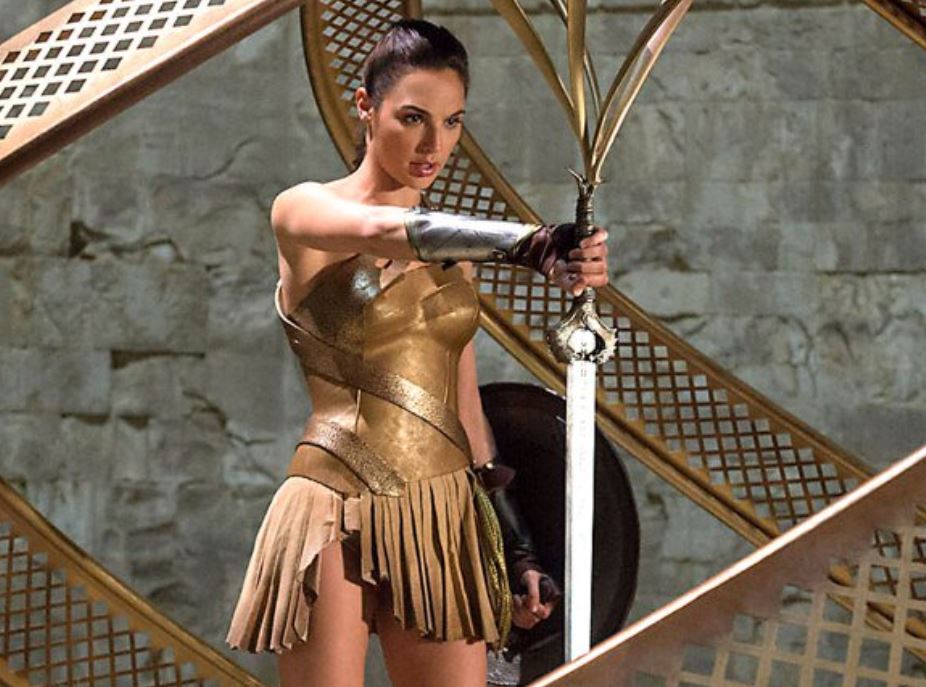 Our good friends at Entertainment Weekly just shared this brand-new, moderately telling image taken from the forthcoming Wonder Wonder film starring Gal Gadot as the titular super-Amazon who’s about to meet patriarch’s brusque, brutal world with a serious flurry of mountain-leveling elbow drops. Whew. That was a mouthful. Now, back to the facts:

According to Wonder Woman Director Patty Jenkins, this image captures the moment before Diana leaves Themyscira for the world of “man.” However, before her arguable exodus, she makes a quick, unauthorized stop at a sacred Amazonian armory and relieves its glistening halls of an ancient, all-powerful sword known as “god killer.” OBSERVE!

With a name like “god killer,” I’m confident it earned its moniker by successfully slaying any number of gods/goddesses from the Greek pantheon. Was it responsible for cleaving Zeus in twain? Perhaps it scarred Ares eternally, an act which perpetuated his hatred for any and all people, places and things related to Themyscira.

Remember the rumors regarding an earlier Darkseid invasion repelled by the combined, embattled might of Amazonians, Atlantians and humanity? Perhaps it was “god killer” that delivered a blow substantial enough to turn the tide and force Darkseid and his hive-born minions to rethink their smugly strategized invasion.