Home MOVIES Editorials Is Another Rogue One Movie Going to Happen? 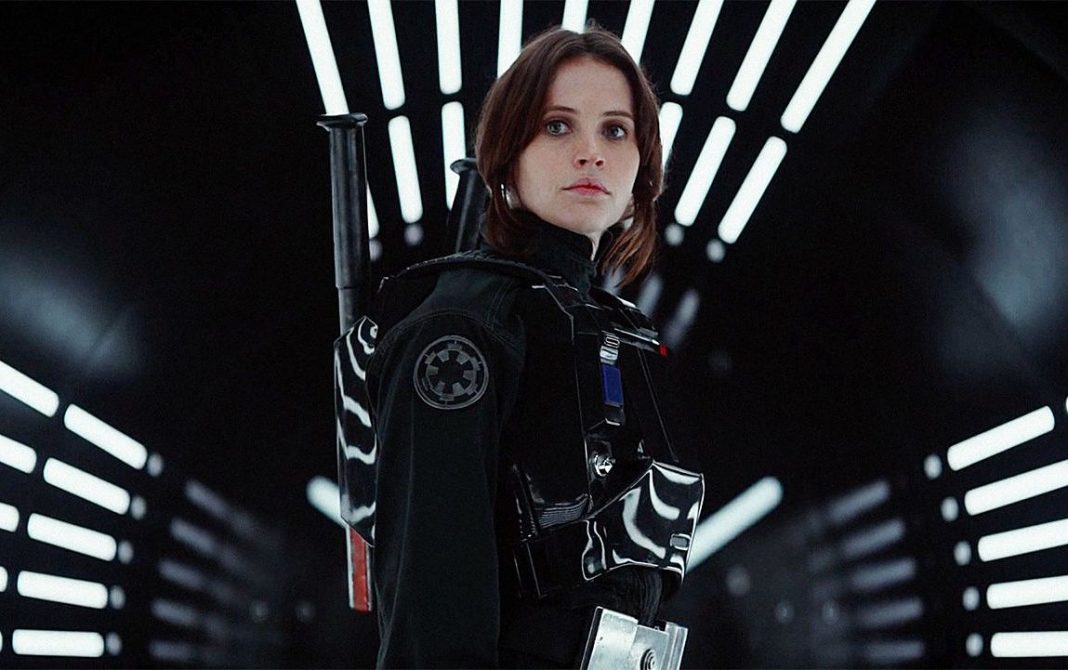 Okay, first thing’s first: this post is going to contain spoilers — MASSIVE spoilers from Rogue One. If you haven’t seen the movie… you’re going to want to turn back now. You’ve been warned, so if haven’t seen Rogue One… go see it right now, and then come back and read this article.

I know what you’re thinking. You read that headline and went, “Nope, I’m not falling for that clickbait. I’ve seen Rogue One and I know there’s no sequel coming. I mean… they killed everyone. There is no chance of resurrection, or Force ghosts or even a magical Tauntaun to save the day. The Death Star showed up on Scarif and laid waste to everything and everyone we fell in love with. End of the story, now onto the original trilogy.”

But could there be a prequel?

It sounds stupid — a prequel to the prequel that was both a prequel and sequel at the same time. Still, it might not be as illogical as it sounds, and that’s because of a clause in Felicity Jones’ contract. Last week, The Hollywood Reporter broke the news regarding a surprising stipulation hiding in her agreement.

“But in an intriguing twist, possible plot spoiler here, Jones has one sequel option in her contract, according to sources. How it will be used remains a mystery…”

That led some to believe that Erso would survive the events in the first movie and head straight into Rogue Two. Well, that’s clearly not happening now; Gareth Edwards and his team made the bold decision to off every major character in the movie. It was an amazing move, even though it eliminated any chance for a sequel. However, that prequel door is still wide open.

With Rogue One heading for the one-billion-dollar mark, Disney and Lucasfilm will soon look for ways to capitalize on the Rogue One brand. Toy sales are up right now, but soon Rogue One will be in the rear-view mirror as Episode VIII takes the spotlight next year. The only way to bring the franchise back after the collective incineration of every main character is to set it before the prequel. A pre-prequel, if you will.

There’s certainly a lot of narrative space for a Jyn Erso movie to explore. There’s a large gap missing in her life that fans would be happy to explore: we go from seeing her as a young girl hiding from Death Troopers, to a woman held captive in an Imperial labor camp. There’s a lot of material from those middle years that can be mined like a fine Kyber Crystal.

The most obvious plot would revolve around a younger Jyn Erso working alongside Saw Gerrera and his merry band of space-pirates. When we got to Gerrera’s Jedha hangout there were a bunch of colorful characters reminiscent of The Ravagers in Guardians of the Galaxy. Adventures surrounding Jyn, Saw and his crew during the early stages of the Rebellion is the easiest story to flesh out, and something Disney and Lucasfilm could easily turn into another billion-dollar project.

Now, if you’re thinking, “There’s no way they’d do another Rogue One movie — especially a prequel to a prequel — because the ending to the first one was perfect,” you need to remember this: money trumps everything. It’s the reason we’re getting a fifth Pirates of the Caribbean movie and a fourth Expendables movie. I mean, Disney is currently turning all of their classic animated movies into live-action features (with Beauty and the Beast next on the docket). If you don’t think they’re going to drain all the Bantha Blue Milk out of this franchise, you’re out of your mind.

So, if a pre-prequel gets the green light, Felicity Jones will be coming back. There would be no need to have any other character return with the exception of Forest Whitaker (who isn’t finished playing Saw since he’s going to voice the character on Star Wars Rebels). Bring those two back and you’ve got the main pieces for a new spinoff. I guess that would technically make it… Rogue Zero.

So, what do you think? Should Disney just leave the Rogue One franchise behind? Or, do you expect Rogue One’s successful box office return to enable another Jyn Erso adventure? Let us know in the comments section with your thoughts about another Rogue One movie!