ARE YOU NOT ENTERTAINED? WB has recently announced while filming in Italy and the UK that they have found their mother to Wonder Woman! Known as Hippolyta and based off the old legend, actress Connie Nielsen is set to take on the regal role! This wouldn’t be the first time for her either – you may better remember her from the movie Gladiator! See? Now that intro makes a bit more sense! Hippolyta is the Queen of the Paradise Island and she holds total sway over the area. Perhaps we can get her to run into that Russell Crowe hologram and we can get some meta humor? Ah, probably too much to ask. Oh well! Either way, Hippolyta has a tremendous amount of power and is sure to play a huge part in the movie. Originally, Nicole Kidman was in talks to play the role but that fell through. 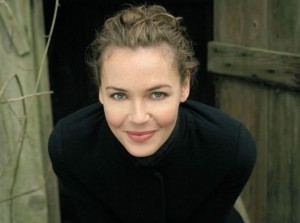 Wonder Woman is scheduled to be released in 3D and IMAX 3D on June 23, 2017. It is intended to be the fourth installment in the DC Extended Universe. The film is directed by Patty Jenkins with a screenplay by Jason Fuchs, and stars Gal Gadot, Chris Pine, Robin Wright, Danny Huston, David Thewlis, Ewen Bremner, Saïd Taghmaoui, Elena Anaya, Lucy Davis, and Connie Nielsen.