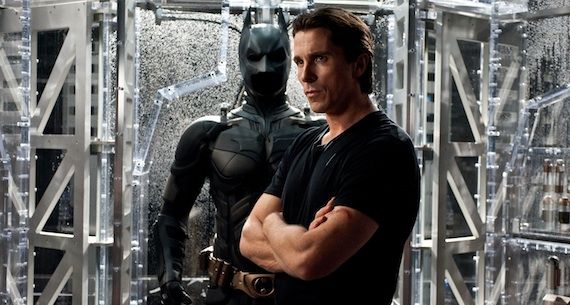 Look, the Christopher Nolan Batman Trilogy was great. Well, okay, Dark Knight Rises was a little slipshod, but the first 2 were pretty damn good. Anyway, yes, they were great (minus the previously mentioned exception) but, as good as they were, they will have ABSOLUTELY NOTHING TO DO WITH BATMAN V SUPERMAN: DAWN OF JUSTICE! NOT A THING! To make that as blatantly obvious as possible, BvS Director Zack Snyder almost cast Christian Bale in Batman V Superman.… just not as Batman. Testify, Zack!

“This is a total and opposite reality from the Chris Nolan movies. It’s another universe, so we couldn’t hire Christian Bale if we wanted to, because he doesn’t exist in our world,” Snyder told FilmInk, before adding “Maybe we could hire him to play another part. We did talk about that briefly,” he said. “I just wanted to hire Christian to play another part to make that obvious. Christian could play, like, Alfred with age makeup. No! Of course not. But you know what I mean.”

Snyder was also asked – by the studio – to try and incorporate some of the cast from Nolan’s Trilogy. Did Zack Snyder bite? Absolutely not.

“I was like, ‘Hey, come on guys, let’s all understand, it’s a different world.’ In the Batman universe that Chris Nolan created, Superman would have a hard time existing. That’s why we did a reboot on the universe, so we could allow these characters to exist together. We needed to do that to have Batman exist in this world.”