Home TV Reviews 5 Takeaways from Legends of Tomorrow Season 2 Episode 1: “Out of... 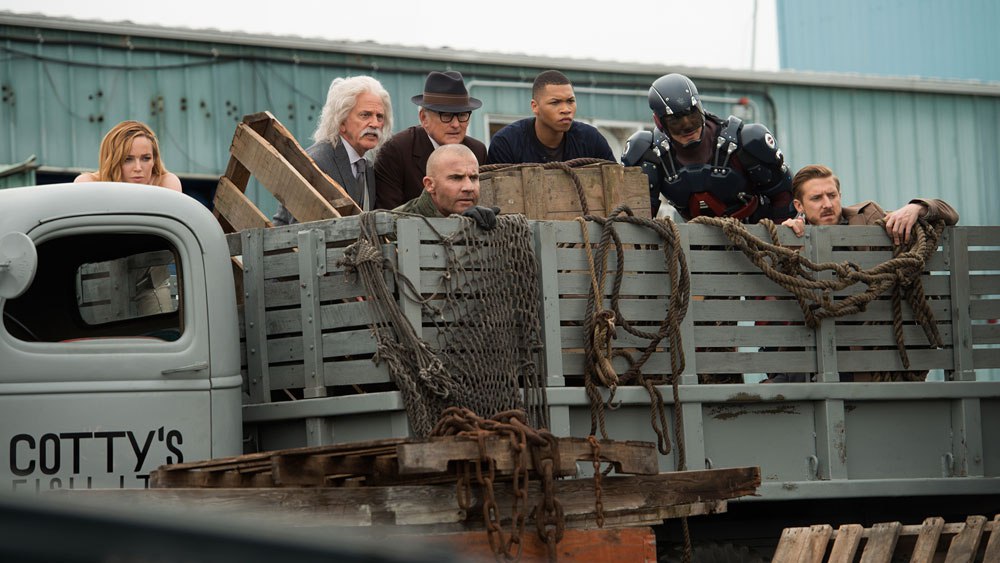 These are the 5 things that kicked us in the parietal lobe (and sometimes in a good way) as we watched Legends of Tomorrow Season 2 Episode 1: “Out of Time.” And, our observations are a little “spoilery,” so…if you’re catching this tonight, I would bookmark this article and join us tomorrow morning. Still with us? Good, we’re always glad to have ya’.

Let’s just come right out and say it: DC’s Legends of Tomorrow really wants to be Doctor Who. I mean, look at the season premiere’s opening sequence. The team must help consummate a royal French marriage while protecting the newlywed couple from anachronistic assassins all while Sara Lance beds down with the queen. It’s fun; it’s wacky; it’s significantly temporal, and it brilliantly sets the tone for what follows. But make no mistake, the Legends’ opening escapade is a sequence that Stephen Moffat forgot to write featuring DC superheroes.

The framing sequence involving Oliver Queen is very effective. Using DC TV’s inaugural hero makes the Legends’ adventure seem like part of the greater design of the DCU, plus it serves as a reminded that Sara and Ray Palmer are and always will be characters from Arrow. But it, also allows for the introduction of Nate Haywood. Since Ollie and Nate bond almost immediately, viewers almost instantly trust the newest Legends regular.

I love that Sara is obsessed with saving Laurel. I mean, she’s a time traveler, and like Rip Hunter last season, of course Sara would make it her personal mission to save her sister from Damien Darhk. It also allows for further exploration of Darhk as a character, something that Arrow kind of did a feeble job with last season. Let’s face it, more Neal McDonough is always a good thing.

Of course the Legends are going to fight Eobard Thawne. Of course they are! Like Darhk, Thawne comes to the show with an instant recognition factor. Now, the creative talent behind Legends can get right into the action instead of spending story space establishing a new villain. This is the type of story synergy that makes this era of constantly entwined superhero content so awesome.

How great is Mick Rory this week? Of all the Legends, Rory was the character that had the most character progress last season. Now, he’s at his ass-kicking, beer drinking, larcenous best. Choosing Rory to tell the tale of the Legends’ disappearance is absolutely brilliant. Rory, despite all logic, has become the heart of the series and the team.

Okay, I’ve been waiting all my life to say this: next week is the TV debut of the Justice Society of America! Bring it on!