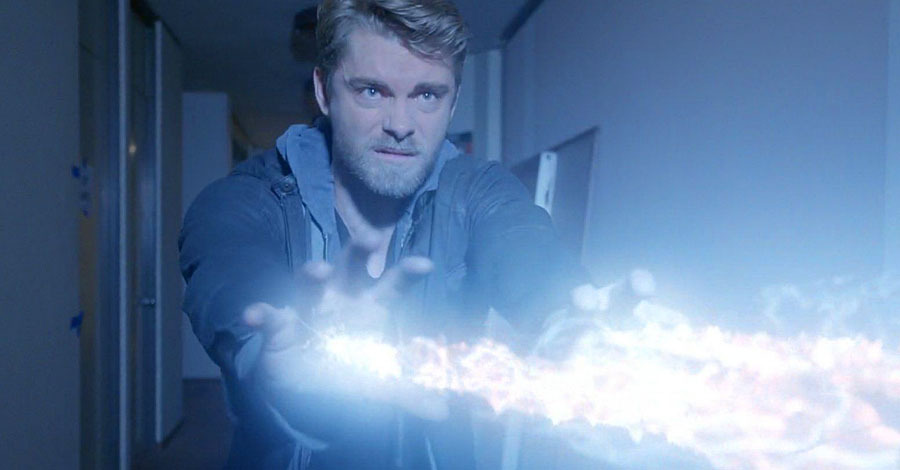 Check out Our Review [WITH SPOILERS] of Agents of S.H.I.E.L.D. Episode 14: “Watchdogs.”

Tensions are rising over what’s right and what’s wrong in Marvel’s Television Universe, and one S.H.I.E.L.D. Agent is trapped in the gray area. All this at a time when a new threat comes to the forefront.

“Watchdogs” is aptly named since it focuses on a new terrorist group entering the scene: the Watchdogs. After destroying an ATCU base, the covert S.H.I.E.L.D. team is sent in to stop the group before they can do any more damage. This leads to problems for Mack, who was just trying to enjoy some vacation time with his brother.

This week’s episode finally delved deeper into the life of Alphonso ‘Mack’ Mackenzie. We got to meet his brother Ruben, and learned that Mack never mixed his personal life and business life. While he might work for S.H.I.E.L.D., he sure didn’t want his family to know what he did. It’s almost as if his S.H.I.E.L.D. affiliation embarrassed him.

With Mack’s vacation cut short, he met up with Daisy, a.k.a. Skye, and Fitz to concoct a plan to stop the Watchdogs. Formally just an online watch group (which Skye has relations with), they expanded their operations thanks to the use of Stark weaponry (including an implosion weapon like we saw in Agent Carter). Daisy’s idea to track them was simple: find a Watchdog and use her Inhuman powers to make him talk. This didn’t sit well with Mack.

For the past few episodes, we’ve seen a new question arise: “should The Inhumans be ‘cured’?” Mack seems to be on that side of the argument, that Inhuman powers shouldn’t be used to hurt others. Daisy, however, sees her powers as a means to get ahead, so why not use them to gain an advantage? There is tension brewing within the S.H.I.E.L.D. ranks about the Inhuman issue that isn’t going away any time soon.

One person who seems willing to support Inhuman powers… Director Phil Coulson. On a side mission apart from the others, Coulson teamed with lightning-powered Lincoln to track down a former S.H.I.E.L.D. Agent (the returning Felix Blake, played by Titus Welliver) who turned to the dark side. The duo headed to an old S.H.I.E.L.D. hideout, only to encounter a hologram version of Blake.

Their mission is a side story. The more important part? S.H.I.E.L.D. is slowly turning into an Inhuman operation. First Skye, now Lincoln; we also had Carl Creel joining a mission. The Inhumans are taking over. What does this mean for older agents like May? As the season progresses, the ‘normals’ are going to revolt against the Inhumans…or maybe force those powered individuals to register. Kind of sounds like the plot to a future story.

-HYDRA NOW HAS A NUKE

Oh… by the way; that whole Watchdog group attacking an ATCU center? It was a complete diversion. Blake (who was now paralyzed thanks to a previous encounter with Deathlok), was operating the group for HYDRA and stole the group a nuclear bomb in exchange for some top secret HYDRA weapons. Just when you think HYDRA is making their comeback thanks to HIVE, they go all out and grab a nuke just for good measure.

Did anyone else notice the Hell’s Kitchen story during the opening news segment? It’s an awesome easter egg for Daredevil Season 2. If I’m not mistaken, this is the first time a Netflix show has been mentioned (even indirectly) on another MCU program. Everything really does tie together!