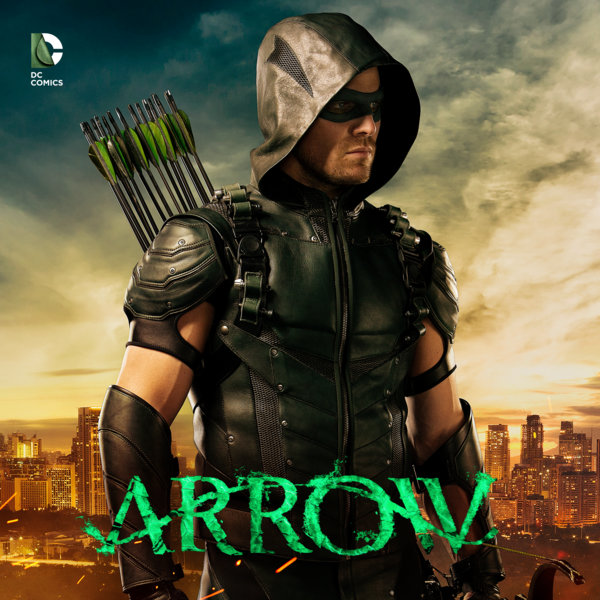 It just isn’t the same without John Constantine (sigh).

As fans wonder where the conman magician might pop up next,  Arrow returned this week in an episode that focused on the growing relationship between Felicity and Oliver Queen. So far this season, their romantic link has felt tacked-on, like Ollie and Felicity were just playing house. After this week, you can be assured that this couple may very well be the first truly adult relationship Oliver has ever been a part of.

The pair faced their first true challenge this week as it was revealed that Felicity’s ex, Ray Palmer was alive and imprisoned by the season’s big bad Damien Darhk. If that wasn’t enough of a wrinkle, Ray was FINALLY really, really small. After over a season’s worth of Ray Palmer stories, the brilliant scientist has finally become the true DC Atom, dwarf star matter and all. It’s funny; newer fans will think that Arrow is just trying to rip off Marvel’s Ant-Man, not realizing that Atom came first, but Ray is such an engaging and likable character that there is so much potential in this change of power sets. No longer was Ray simply a Tony Stark clone, now he was what he was always truly meant to be, and that could only mean great things for DCTV.

Oliver proved himself to be a hero once again this week by working tirelessly to save his girlfriend’s ex. But that’s what heroes do and the whole thing really echoes the Fitz and Simmons storyline on Marvel’s Agents of SHIELD. Team Arrow planned the rescue but Felicity was completely obsessed with saving her former lover and boss. Oliver tried to ease some of Felicity’s burden by inviting Felicity’s mom to town. It is always delightful to see Donna Smoak because Felicity and her mom just perfectly play off each other, but we also got to learn that Donna is more than high heels, cleavage, and big hair. We learned that she was a woman who entered a bad relationship early in life and, after Felicity’s father took off, she raised her daughter by herself. And if we know anything about the always benevolent Felicity, Donna Smoak did one hell of a job instilling her daughter with a sense of right and wrong. Most off all, she taught Felicity that real, adult relationships are difficult and by episode’s end, Felicity and Oliver were stronger than ever. So unlike Sara and Laurel (and Huntress for that matter), Felicity and Oliver are able to overcome the superhero drama of their relationship even when that drama comes in the form of a pocket size ex-boyfriend. Plus, by the end of the episode, there were some unexpected sparks between Detective Lance and Donna. Hmm, that should open some interesting doors.

With all this lovey dovey stuff, don’t think this episode wasn’t heavy on action. Team Arrow had to bust into a HIVE stronghold to free Palmer. Accompanying the team for the first time was Curtis Holt who was “terrific” as part of the rescue team (see what I did there). Curtis brought a refreshing dynamic of confidant humor to the team and it’s fun watching him grow as Felicity’s Felicity. The series also handled Holt’s sexuality with class as it was always clear that he was gay, but that is only one aspect of a rich and fun character who is defined more by his selfless nature than by his sexual orientation.

My only complaint is that the characters didn’t make a bigger deal out of Palmer’s size. Metahumans are still a pretty new concept and seeing a person the size of an action figure would probably produce more of a shocked response but it was all sort of business as usual for Team Arrow. After the rescue, Palmer wanted to play dead a little longer in order to stay hidden. We should have some fun Atom stuff very, very soon if this episode is any indication. I just hope the series embraces the insanity of the power and isn’t so matter of fact about it.

Sara Lance’s bloodlust continued to be an issue as she murdered a HIVE guard in cold blood. This could potentially create a bond between her and Thea as the two deal with their Lazarus Pit driven bloodlust. Between Thea and Sara, the memory of Ra’s Al Ghul has been a more potent threat than the ‘in the flesh’ Damien Darhk. Darhk is pretty darn scary but the series has played so fast and loose with Darhk’s motivations that it is very hard to get a handle on the newest villain. Queen and Darhk threw down again this week, with Green Arrow doing a little better against the mystic villain. It still seemed like Queen was outclassed by Darhk’s magical powers so it might be time to call John Constantine once again. Yes, I’m obsessed.

I’m sure it’s all leading to something, but this season’s island flashbacks have been leaving me cold. They seem kind of tacked on to the main story, not really introducing anything new. I’m sure the woman Oliver is protecting on the island, the woman he saved from execution and hid in a cave, will come into play in the present, but so far, it all just seem like the flashbacks are going through the motions. In fairness to the series, it felt this way before in regards to the flashbacks and the show always delivered. I’ll just wait for a few more cards to turn over before I completely cry, “Yawn!”

So, the Atom – the proper Atom – arrived, Oliver and Felicity are stronger than ever, and Sara Lance continued to go darker. Oh yeah, Thea also began a romance with Oliver’s campaign manager so she has an outlet for some of her angst. The series has been doing a good job juggling iconic characters as DCTV grows and grows, but Oliver is still the glue that binds it all. I’m not sure where the season is going, but so far, the ride has been rather fun despite its sometimes frustrating ambiguity.