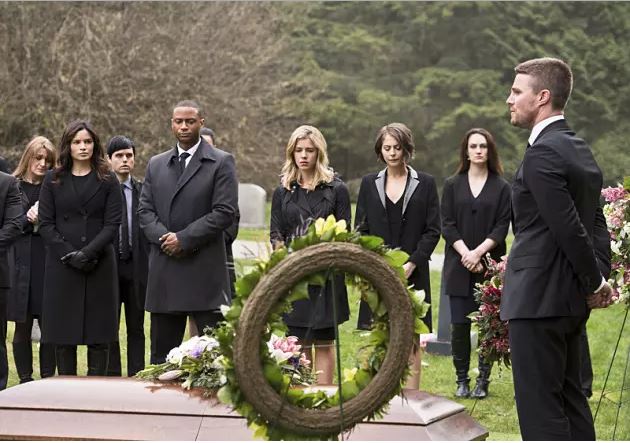 Check out Our Review [WITH SPOILERS] of Arrow Season 4 Episode 19: “Canary Cry.”

Well, that certainly is a lot of crying, huh?

“Canary Cry” is a very apt name for this week’s episode of Arrow as practically every scene has someone making with the old eye juice. I know it is a somber time in Star City as the beloved Laurel Lance was killed in battle against Damien Darhk last week, but oh man; there are more tears than at an onion convention.

But that’s not to say there isn’t stuff to like about the latest Arrow. First off, the cast put up an incredible performance this week. There may have been too much sobbing, but each member of the cast made it convincing, particularly Paul Blackthorne as Quentin Lance whose pain and remorse is palpable. Also, I dig that Lance’s first reaction is to instantly find a way to resurrect his daughter. It is a very accurate portrayal of the world of magic and Lazarus Pits this series takes place in. Lance even tries to convince Nyssa Al Ghul to help resurrect Laurel. All effective stuff.

The episode’s main plot centers on a young girl who took up the identity of Black Canary trying to kill Dahrk’s mayor wife. The stakes are high because Team Arrow knows that if this Canary impostor succeeds, her actions would taint Laurel’s heroic legacy. So stop her they did. Between tears, that is.

We also get to see the entire cast’s reaction to the death. Felicity has recriminations about not being part of Team Arrow during the mission that cost Laurel her life, Diggle is enraged and trying to find his traitorous brother, and Oliver is trying to hold it all together. It seems Laurel’s death has reunited Team Arrow as they prepare to make a stand against Darhk once and for all.

The only issue stems from the fact that Laurel’s death was so freakin’ stupid. Her stabbing at the hands of Dahrk happened after a series of plot conveniences and dumb character choices, and now those writing plotholes have impacted the emotional resonance of Laurel’s death. Like the last few episodes of  The Flash, to get to this point, an emotionally charged crossroads, logic sacrifices were made and I fear that has tainted a season that could have been unforgettable.

As for this episode, on the strength of the cast, let’s call it a “3.” 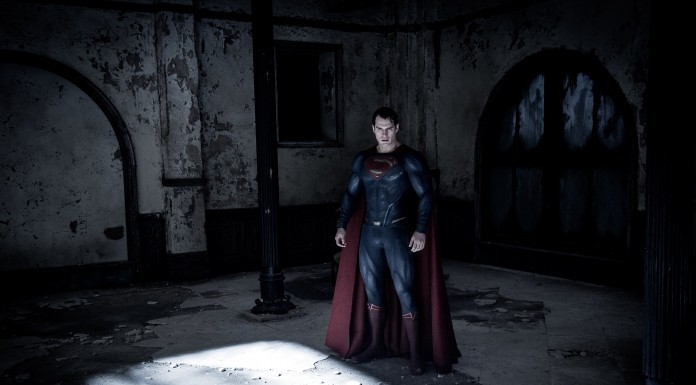 Review- DC’s Legends of Tomorrow Episode 8: “Night of the Hawk”

Does Wonder Woman Visit Gotham City? According to This Movie Image….