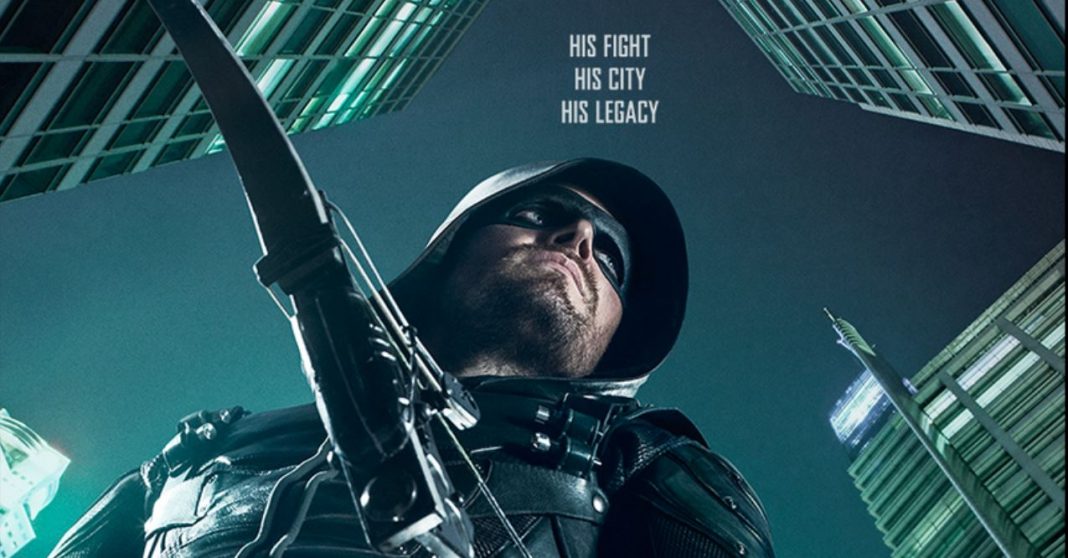 It’s his fight. His city. His legacy. And we truly believe these observations since he’s proactively taken on the fight against violent crime and corruption, claimed a sort of protective ownership of Star City, and is currently refreshing his personal, vigilante-based support system that could potentially carry on Green Arrow’s never-ending mission. Or, we could simply believe them because it says as much on this brand new poster for Arrow Season 5! Now, before you take a look, you should probably back up a few feet so you can see the poster in its entirety. Ready? Good. OBSERVE!

Notice the shape of the star created by the arrangement of the surrounding, towering buildings? CLEVER! And I dare you to stare at this for 6-minutes and NOT end up with a nosebleed.