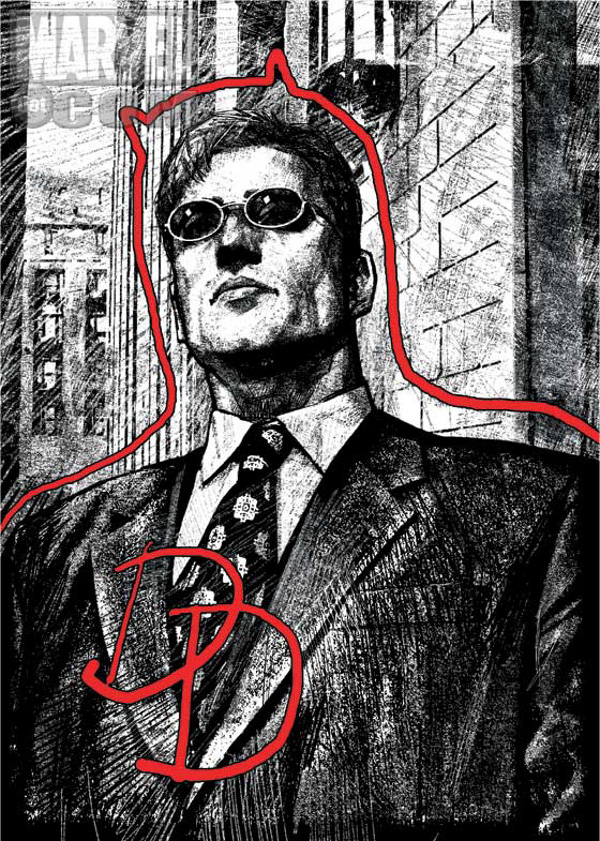 Compliments of the Netflix Italia Twitter page, this recent, ominous Daredevil Season 2 promo image displays Matt Murdock’s glasses in a state of extreme fragility. Post-fragility, actually. Yes, Matt’s familiar, red-tinted glasses are no longer operational, and my brain can’t help but posit a few theories behind this overt symbolism. First, let’s take a look at that image.

“The Hell’s Kitchen balances are destined not to last.”

Hmm. So this image of destruction wrought upon something dependable may symbolize the crap storm throttling poor Matt with the introduction of the Punisher and Elektra. This crap storm, of course, isn’t limited to violence. It could also mean a ‘shattering’ or dismantling of closely held beliefs (something dependable). With characters like the Punisher and Elektra – characters who aren’t necessarily evil but do evil things to ensure the survival of what’s considered good – Matt may find his tenacious code tested. He already uses extreme violence to protect what’s considered good; perhaps killing would guarantee the effectiveness of this violence.

And ‘balances are destined not to last.’ Yes, he may be physically over-matched, but with the arrival of characters who are simply more extreme versions of himself, maybe we’ll witness the shattering of Matt’s conscience, an object necessary in ‘balancing’ his morals against more unseemly methods.

Daredevil debuts 3/18/2016, starring Daredevil/Matt Murdock, Foggy Nelson, Karen Page, Frank Castle/The Punisher, Elektra, Stick, maybe Kingpin, possibly Stilt-Man (but I really doubt it ), 7000 members of the Hand (probably not) and Typhoid Mary (No, but that would be AWESOME!)