It’s the Daredevil Season 2 Official Trailer #2! Because Official Trailer #1 wasn’t overwhelmingly awesome enough, and almost completely ineffective in sating my unnerving craving for the 3/18 release of Daredevil Season 2 (on Netflx)! Actually, instead of mitigating the need, it did the opposite; my unnerving craving, at this point, is pretty much inconsolable. Okay, enough about me; let’s hit a few trailer highlights that just smacked me in the face with red, wrapped batons and especially sharp, skillfully wielded sai.

We’ve seen Elektra Natchios (Elodie Yung) waiting comfortably in Matt’s home in quite a few Daredevil trailers/teasers/photos/etc. Now, we finally see the continuation of that scene and the reasoning behind her visit; she’s here to warn Matt of the impending threat of a sacred, highly trained offshoot of the Japanese Mafia. Yes, you’ve heard of them before since I’m confident you’re a well-versed, extremely educated Daredevil comic book reader; they’re known as…The Hand. AAAAH!

So, it’s Matt and Elektra, together again! And there’s absolutely NO sexual tension or allusions to a contentious romantic relationship between the two. Nope.

Oh, then we have flashes of DD and Elektra kicking Hand @$$; the Punisher focusing on his target through an intimidating looking rifle; Matt doubting his methods; rappelling Hand assassins; Matt’s friends telling him it’s “not his city,” and Stick confirming the identity of said rappelling assassins. Holy SH*T!!!!

Get ready for Daredevil Season 2 with some AWESOME Daredevil merchandise! 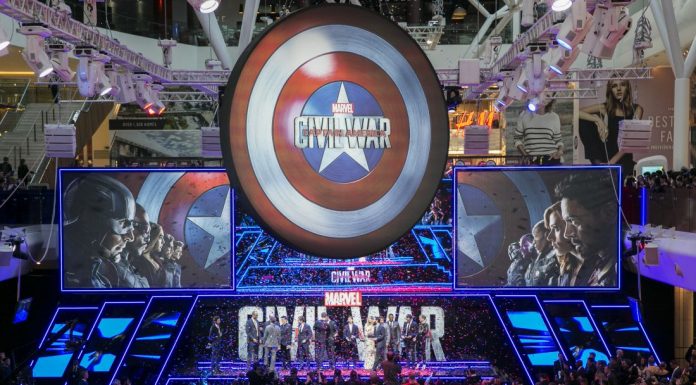 The Cast and Crew of Civil War Celebrate Premieres Around the World!

Xenomorphs Terrorize the %$@$!! Out of Everyone in New Trailer for ALIEN: COVENANT