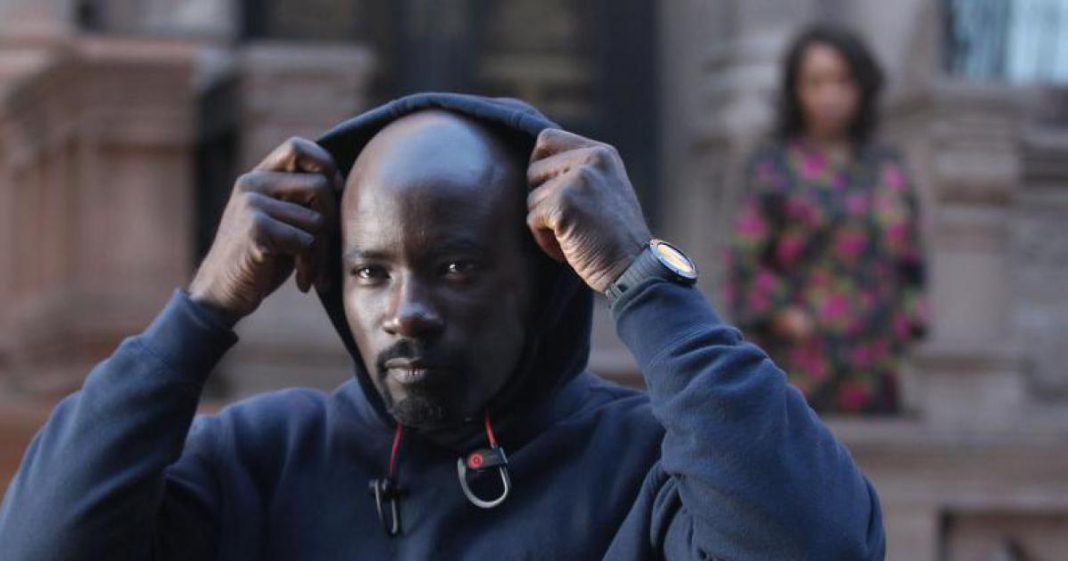 Luke Cage and his aptly titled series, Luke Cage, is coming to beat the living sh*t out of us with either a car door or a formerly embedded pipe on September 30th when season one streams uninhibited on Netflix. For those not immersed in the character’s comic book history, we met Luke Cage on the Marvel-Netflix series, Jessica Jones; he was a troubled bar owner suffering an alluded to trauma resulting in his apparent invulnerability.

In the forthcoming, Cage-specific series, we’ll learn of the experimentation that granted Cage his powers, his unlawful internment which predicated the experimentation, the effects of living with super-abilities, and the responsibility one has to use these abilities for the greater good, especially when the greater evil is taking an evil-shaped dump right in your backyard.

In a recent interview with our partners at Entertainment weekly, actor Mike Colter (Luke Cage), and Luke Cage showrunner, Cheo Hodari Coker, discussed the series and the elements that make Cage a (super)hero.

Mike was asked how he viewed Luke Cage, and about his personal take on the character.

“A guy that has been thrust into a place that he doesn’t really want to be. He’s a guy who has been endowed with abilities, as they say. To him it’s not a positive; at least he doesn’t see it that way. He’s reluctant and he is a kind of guy that doesn’t strive for the spotlight. He’s a humble guy who doesn’t want any part of this, but ultimately it’s something that he is going to have to deal with. It’s perfect for me, because I don’t really like the spotlight either, so it kind of feels like a glove.”

“He’s a complicated man who no one understands but his woman. His woman in this case, Reva, would be dead. He never wanted this route, didn’t ask for these powers. Now that he has them, he doesn’t necessarily want the spotlight and the heat that comes with being different. What’s interesting is that things could have been different had he prevented certain things from happening, but once there are consequences for not doing what he should have done in the first place, he feels a responsibility to come out of the shadows and be a hero. So part of what the first season is about is how one attempts to accept the mantle of being a hero, the sacrifices that come from that and how one gets to the point where you finally accept who you are.”

And then, apparently, the first episode drops the “N-bomb.” Cheo and Colter were asked it was difficult getting that past Marvel.

“Well they had some trepidation. My whole thing was that in using this word, I didn’t want it to be comfortable. I wanted every single time that it’s heard for people to think about it. I also really wanted the show to live on its own terms, to the standpoint of, this is what it’s like when you eavesdrop on black people talking to each other. That word at times will come up in certain ways, so I wanted the basics to explore the context with which it was used, because Cottonmouth uses the word definitely. At the same time, come on, every blaxploitation movie from Shaft to Hell Up In Harlem to Black Caesar deals with power and deals with these issues. When all else fails, what does it matter? [laughs]”

“Speaking about that, I was adamant that Luke was not a person that used that language. He would not use that word because he was bigger than that. First and foremost, we had to define a superhero in a bigger sense other than just his powers. He needs to be someone we can aspire to be. I felt like if he was the kind of guy that used that language all the time, like someone on the street corner who didn’t respect themselves or people around him, then he in a sense had lost already. He’d given up.”
For more of this in-depth interview, click the source link at the bottom.

Is Killer Frost Coming to The Flash Season 3?

What the Critics Are Saying (WITHOUT SPOILERS) about Force Awakens