With Oliver Queen as the new mayor of Star City, we’re wondering what new challenges await the Green Arrow. Thankfully, we’ll find out when Arrow returns for season 5 this fall! However, with Green Arrow’s long history of heroics in the comics, and with Arrow Season 5 on the horizon, there are a few things fans want to see adapted into the Arrow-verse. Personally, there are quite a few things I’m hoping for, but I was able to narrow it down to five things I want to see from Arrow Season 5!!

There’s little chance this one will happen, but that doesn’t stop me from wanting to see it! Green Arrow and Green Lantern have one of the best bromances in all of comics, and just seeing them team up is always a lot of fun. As crazy as it sounds, Arrow might actually be building up to a Green Lantern appearance!

We’ve seen a ton of Easter eggs including Coast City (Green Lantern’s hometown), and even a reference that a certain test pilot had mysteriously disappeared! Coincidence? I think not! So, it feels a little like the showrunners want to see a Lantern/Arrow team-up as much as we do!! Will it happen? Maybe. It’s really hard to say right now. Do we want to see it anyway? You know it!!

Probably the best story arc to ever come out of the New 52 Green Arrow was The Outsiders War. It was interesting, action-packed, and it gave a new perspective on Oliver Queen’s origin! Considering the tone of Arrow, an adaptation of Outsiders War seems like it would fit right into the Arrow-verse. And the inclusion of Katana, who was a member of the Outsiders in the comic, would be easy considering she’s already been introduced to the show. So, it’s totally possible we could see the six clans go to war very, very soon. Will Star City be caught in the middle? We’ll just have to watch to find out!

Let’s be honest; Laurel Lance was probably the least popular character on Arrow! She was never really that interesting or likable, and when she finally was, it was right before she died! Despite all of that, her death was well-handled and did leave an emotional impact on Team Arrow. So, considering the fact that dying and coming back is, to the Lance family, like putting on a hat, one thing has to be said: DO NOT BRING LAUREL BACK!!

If you liked Laurel and want to see her revived, that’s fine, but I think bringing her back would take away the importance of her death. If she does return, it’d just be ridiculous considering the many ways Sarah “died” and came back!! Through the events of The Flash Season 2, there’s now an alternate universe-Laurel running around and I’d much rather see how that develops and how Oliver reacts to her presence!

Now some of you may not know who this guy is, but let me tell you that he is very, very dangerous. Onomatopoeia is a villain who makes a habit out of killing costumed heroes without super-powers. So naturally, he’s fought Green Arrow a number of times. He’s also a genius, a skilled fighter, and an expert marksman.

Don’t let his name fool you, the guy means business! Seeing him go toe to toe with Oliver on the small screen would definitely be…awesome. Considering his main targets are non-powered heroes, this would also make him an interesting threat against the rest of Team Arrow. I don’t know about you, but I definitely want to see the twisted schemes of Onomatopoeia brought to life!

During the first few seasons, they were okay; they gave us a look at what Oliver went through on ‘the island.’ By season 3 they started to get a little annoying, taking forever to get to the point. And now….they’re completely pointless.

With each new season, the constant flashbacks feel less and less inspired, more like padding to make the episode reach the 40-minute mark! They also interrupt the rest of the story, mostly to build up one or two bits of info moderately relevant to the season. Honestly, they really overstayed their welcome, and with what we saw from seasons 3 and 4, they ended up undercutting the five years Oliver spent “surviving”!  If there’s one thing we want to see from Arrow Season 5, it’s an absence of flashbacks!

What do YOU want to see from Arrow Season 5? Did I miss anything? Let me know below!

Arrow returns to The CW on October 5th! 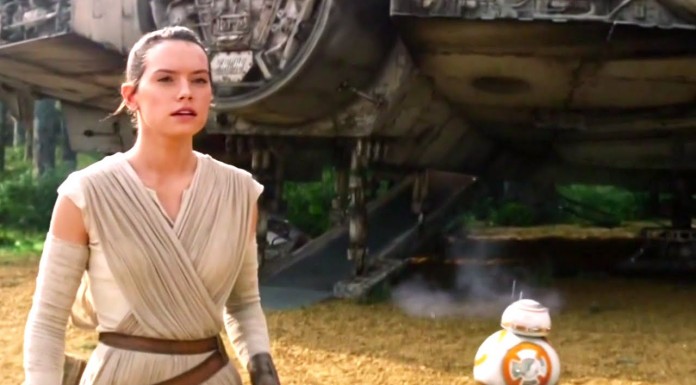 The Justice League “Come Together” in First Official Trailer

The Pros and Cons of Every Modern, Cinematic, Live-Action Batman

Why Doctor Strange Is Important to the MCU

Talia Al Ghul Comes to Arrow Season 5: Meet the Actress, and Learn About...