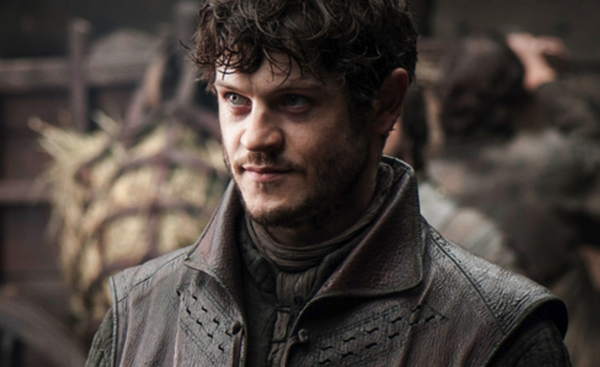 His watch has ended! Things are really moving in this latest season of Game of Thrones, and ‘Oathbreaker’ is no different. Sure, there wasn’t as much conflict and murder as the previous two episodes but it sure did get close! It is easy to overlook the smaller plot points with stuff like Jon Snow getting resurrected and Ramsey Bolton being a general psychopath, but there is tons of stuff going on! This particular episode, ‘Oathbreaker’, had Jon Snow, Sam and Gilly, the High Sparrow, Arya, some more flashbacks, the return of Shaggydog, Dany and the Dothraki, and the Lannister shake-down of the Small Council! Oh, and Varis found out some stuff! Hooray!

First things first, Jon Snow coming back. I think he was just as shocked as everybody else. It was interesting to see how everybody reacted to it and I rather enjoyed that little exchange between Tormund and Jon. You know…that bit on how Tormund knows Jon Snow isn’t a god because of…um…stuff*wink*. Any-who, the shock and awe on people’s faces…priceless! Fans of the book have long wanted to see the fate of Jon Snow and it will be interesting to see where he goes with it considering that he is now resolved of his Night’s Watch vows. I think he’ll probably end up leading the army against the White Walkers and for all intents and purposes will just becoming a roaming Lord-Commander. Also, Olly…that kid was a little nutter, wasn’t he? He didn’t even look like he had remorse…at least that one Builder didn’t believe his eyes but old Olly? He bits his lip, scowled, and didn’t say a word. I guess we should have expected that after Alister Thorn’s little speech. At least we are finally rid of that jerk!

We also got a little subplot involving Sam and Gilly on a boat trip where Gilly finds out that Sam lied to her and that he’s dropping her off at his house with his parents. Geez Sam, when are you going to pull it together? For a guy who seems really bookish and nervous, he really just thinks of an idea and runs with it without much foresight into what he will end up doing. Sure, it has worked for him so far but I feel like things might get a little awkward when they finally get to Horn Hill. Didn’t Sam say his brother and father are jerks? Seems to be a reoccurring trend these days in Game of Thrones. I felt like they needed that scene but it dragged on a little bit. 10 minutes of my precious time doesn’t need to be spent with Sam literally throwing up in a bucket. We get it!

Speaking of foresight, how about that how Lannister-Faith Militant dynamic? It seems like Circe and Jaime have been pushed out of their respective seats of power as illustrated by their rather cold reception by the Small Council. I really hate Pycell and that little squeaker he left out when FrankenMountain showed up was awesome. Have I mentioned how much I love FrankenMountain? You can definitely tell that Circe will invoke her right to Trial by Combat when it comes to the religious inquest by the High Sparrow. Who will the Faith Militant pick? My guess is the Faith Militant has their own necromancers and made a Franken-Viper-Hound creature! The body of the Red Viper…and the head of the Hound. Actually, that might be a bit much. Joking aside, I am really getting irritated at Tommen. He’s freaking as useless as Joffery was vicious! There’s no freaking way Tommen could talk his way through the High Sparrow. I doubt anybody really can and I’m interested to see where this plotline goes.

Mean while in Mereen, Varis uses his charisma and connections to finally figure out who was financing the Sons of the Harpy. I wasn’t all that surprised by his particular resolution, mainly because anybody could have guessed it. What I would like to see is more motivation of the Sons of the Harpy. We got that brief, what seemed to be a throw away line, saying something about a ‘foreign army destroying their ways’ but really? Is that all it takes? I guess slavery is far more significantly culturally ingrained than Dany might have suspected. Speaking of Dany, that entire plotline seems like it is just there to tie her up for a spell while Varis and Tyrion have some fun while at the same time reconnected us to the Dothraki culture. I feel like that plotline will probably end up with Dany being in charge of the Dothraki horde and will probably use them to cull her rebellious slaver’s bay. Hey, they did say that the Dothraki were convening to determine what cities needed to be ravaged and well…it just seems like all of the pieces are in place!

The Tower of Joy bit was executed fairly well, though I didn’t like how they clipped the ending of it which I’m sure they are saving for next week. We got to see a young Ned Stark and his friends get their asses handed to them by Arthur Dayne, a duel-wielding swordsman of singular renown. Considering he fought like 5 people at once one can understand why Ned Stark felt such respect for the swordsman. It then ended with the sound of a woman screaming and Ned running…and then BAM! No more flashback for us! Still, that scene all but confirmed that Rheager and Lyanna Stark are Jon Snow’s parents. Guess we will wait for next week!

We also got a quick montage of Arya ascending to the ranks of ‘No-One’. I understand the not dwelling on stuff too long and moving the plotline along but damn! In three episodes Arya went from blind-beggar to full on assassin. I guess that happened somewhere between all of that crazy stick fighting. A minor gripe, it just seemed to move a little too quickly. Perhaps they need to save the next 7 episodes having Arya use her elite skills which would be totally awesome. I just hope that this bit signaled the end of lots of Arya…IE, what happened to Brandon Stark in the last season.

The episode ended with Ramsey Bolton continuing to be a complete villain. Are there any redeemable aspects to him? He’s like an adult Joffery…which is probably what they were going for. Ramsey continues to build his army of anti-Stark forces and Lord Umber asks Ramsey to help fight off the wildlings. His peace offering? Rickon Stark and Tonks from Harry Potter! Oh no…why does Ramsey always get a victim? I’m almost afraid to think of what will happen to poor Rickon considering what they did to Shaggydog. Still, ‘Oathbreaker‘ is a fairly solid episode and it continues to move the plot ahead in an aggressive manner for better or worse! 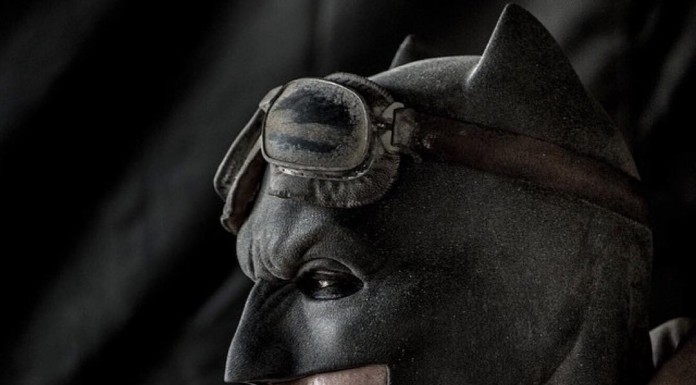 Ben Affleck on Batman and the DCEU

It’s the I Am Silk Women’s Costume Knit Sweater!