AMC’s Preacher, based on the titular, Vertigo/DC comic series following the madness-inducing, comically horrific exploits of Texas Preacher Jesse Custer, debuts May 22nd. Now, does this news excite you? Well, it damn well should. Preacher, a mature reader’s title, was masterfully written by Garth Ennis and expressively illustrated by Steve Dillon; it was a book that dealt with copious amount of violence, aggressive, abnormal sexuality, and the search for a Creator who may have finally reached its/his/her tolerance in monitoring creation. Yes, it was heavy, belligerent stuff, and we’ll get to see a hopefully heavy, hopefully belligerent, highly anticipated (by me, specifically) TV translation thanks to our good friends at AMC! So, to celebrate the fast-approaching 5/22 debut date, AMC recently released this new Preacher trailer starting out with some characteristically comical characters describing “a slight, massive security breach.” LOOK UP! PRESS PLAY! ENJOY!

Throughout the report given by two, apparently incapable agents to some faceless, probably emotionally abhorrent crime boss, images of Jesse Custer, Cassidy the Vampire and Tulip O’Hare show the aforementioned trio beating the absolute sh*t out of contracted sub-agents of said agents. Maybe. Look, I have no freaking idea who Jesse and the gang are beating on, but they’re obviously related to the scarred fellows reporting on their slight, massive failure at the hands of the faithful, the volatile, and the blood-hungry undead. Or something. 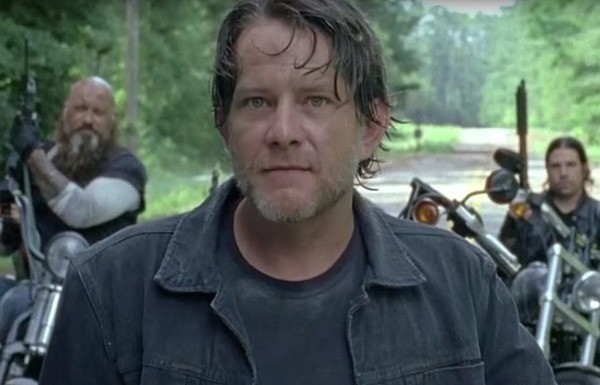