The Force is strong with this one! When Disney obtained the Star Wars franchise they made the call to throw out the ‘Star Wars Expanded Universe’. The SWEU, as they called it, was a series of books, video games, and other forms of media that picked up before and after the main Star Wars movies. Filled with fantastic extra-galactic technophobic aliens, life-force stealing sentient gelatinous cubes, and Dark-Side imbued Stormtroopers. One of the greatest aspects of the Expanded Universe was a character named Grand Admiral Thrawn who was a powerful figure in the remnants of the Empire.

Created by Timothy Zahn in the book Heir to the Empire, Grand Admiral Thrawn is a Chiss. Chiss are a blue-skinned humanoid race with red eyes and a cunning culture. Speculated to be an off-shoot of the human race from a long lost sleeper ship, the Chiss were one of the few alien species that could rise in station and rank in the other wise human-dominated Empire. Fans of the Star Wars Expanded Universe were sad to see Disney throw away such a character but now thanks to Star Wars: Rebels, we will see Grand Admiral Thrawn return! Hooray!

Star Wars: Rebels takes place between Revenge of the Sith and A New Hope and the above video is for Season 3. Grand Admiral Thrawn appeared in the Expanded Universe after Return of the Jedi so his appearance in Rebels is somewhat out of place but at this point I think we can’t complain much. At least we are getting back a fan-favorite character from the previously discarded Expanded Universe and it opens up the door for perhaps additional characters to show up. Kyle Katarn, anybody? 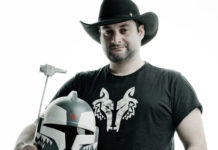 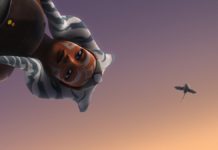 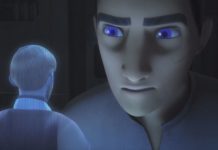 REBELS and ROGUE ONE- Kindred Spirits: 5 Revelations from the New REBELS Trailer 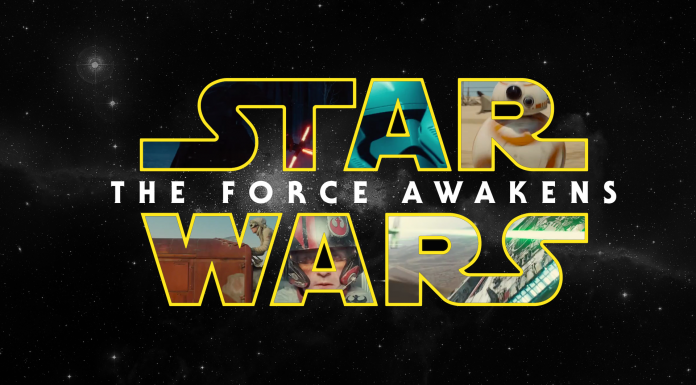 Every Marvel Comic Ever Is Now for Sale

Right on Target – Your First Look at BULLSEYE #1!