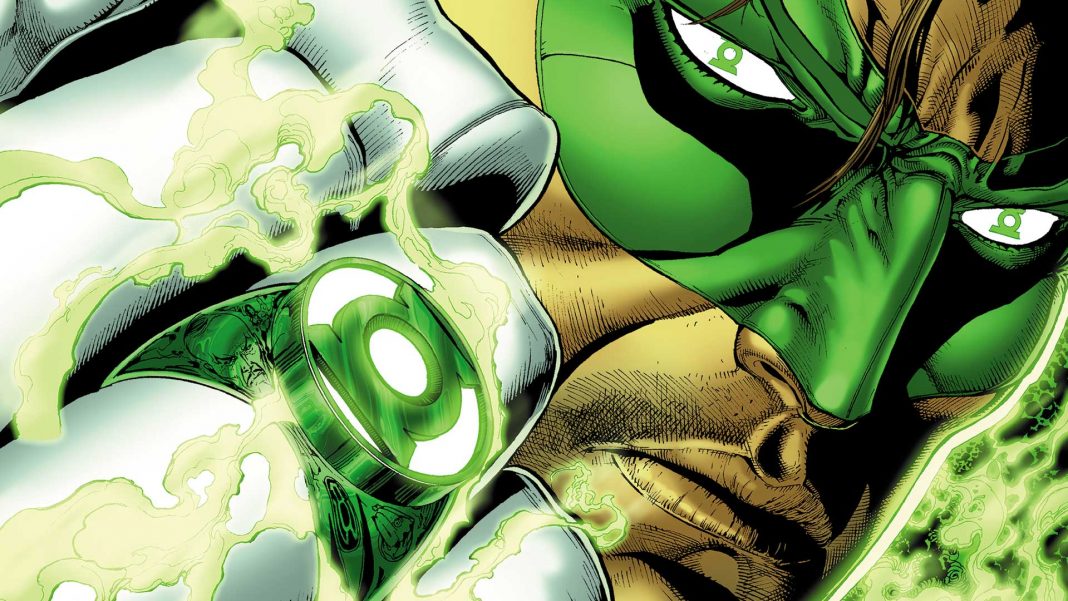 First off, Hal Jordan and the Green Lantern Corps REBIRTH #1 looks absolutely amazing. Ethan Van Sciver has got to be (other than Gil Kane, natch) arguably the greatest Green Lantern artist in the history of the character. The man’s “GL” epics are just infused with energy and it can reasonably be said that Van Sciver is to Green Lantern what Ralph McQuarrie is to Star Wars. Can you think of higher praise?

Van Sciver on Hal Jordan and the Green Lantern Corps REBIRTH #1 makes the comic feel like it counts, that it’s not just some filler, Geoff Johns-lite adventure with countless Lanterns flying, shouting, and pointing their rings en masse at the villain of the month. In fact, the whole issue is kind of a ‘Green Lantern 101’ as writer Robert Venditti crafts a Hal Jordan character study. The issue gets readers up to speed on what has been happening this past year or so and instantly jettisons it all as, by the end of Hal Jordan and the Green Lantern Corps REBIRTH #1, Jordan is back in the old school green and black and ready to be Reborn. Listen, if you have Van Sciver back on art you better get rid of that silly hooded thing Jordan’s been wearing this past year and back into the old school gear, because nobody draws it better.

There’s an intriguing subplot involving Sinestro, the Yellow Lanterns, and Warworld, and Van Scriver draws the crap out of these scenes as well; Sinestro is looking a bit Snoke these days and I’m very intrigued to see where this goes. By issue’s end, Hal forges himself a new ring and is ready to go.

This issue might be a bit redundant if you’ve been reading Green Lantern pre-Rebirth, but if you haven’t, Venditti and Van Sciver present your GL 101 class in Hal Jordan and the Green Lantern Corps REBIRTH #1.

Full disclosure, I was so bored by Venditti’s previous Green Lantern work, I dropped the book. Before that, I haven’t skipped a “GL” book since the 80s, so I was wary going in to Hal Jordan and the Green Lantern Corps REBIRTH #1. But this book, like all the Rebirth books so far, have a new energy and enthusiasm that just pops. It’s a step in the right direction as a very classic and very pure Hal is back and things are looking hopeful.

The threats presented are not surprising as the issue’s plot is a bit paint by numbers, but after all the unneeded and unwanted changes in the Green Lantern universe these past few years, maybe a little classic is just what the Guardians ordered.