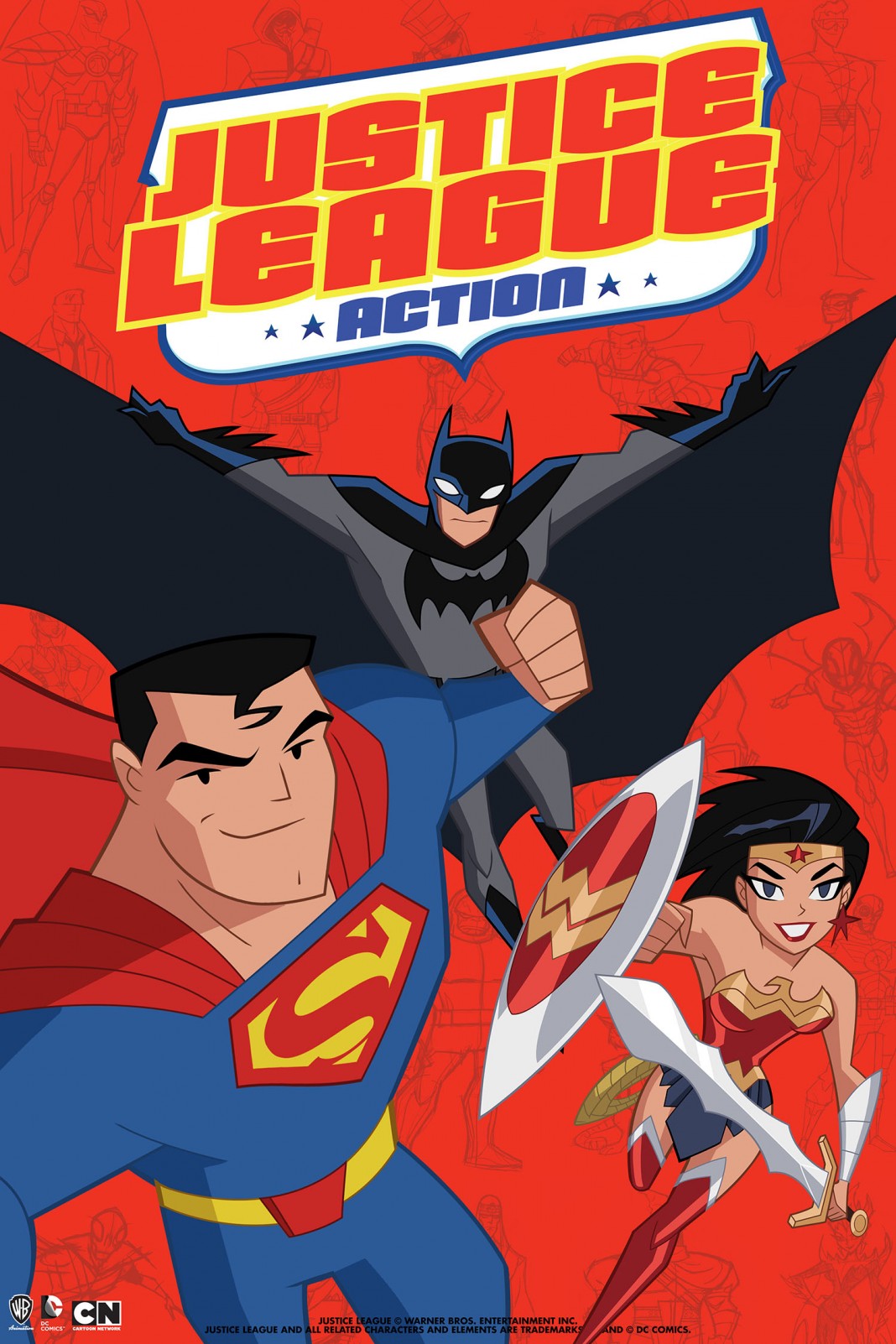 You can see it everywhere: subtle Batman cufflinks on your office-mates, women sporting LexCorp shirts, and little kids in Harley Quinn costumes when a few years ago nobody would have given a crap about who Harley Quinn was. It’s the era of the superhero – there are more casual fans today than ever before, and there’s no better time to be a geek than now. Thanks to Batman v. Superman coming out next month, Justice League fever is everywhere. When DC’s Trinity teams up on the silver screen for the first time, it’s only natural we suffer from an illimitable succession of nerd-gasms (and maybe pee in our pants a little bit, too).

Riding along with the hype to “Unite the Seven”, DC is releasing a brand-new animated television series called Justice League Action, and while there is no official release date yet, people are already buzzing with excitement. Will Cartoon Network show us all the good stuff? Will it live up to the legend that was Justice League Unlimited? Will it finally heal the wounds that the cancellation of Young Justice caused?

We can only hope, but for now, here are just some things that the show should probably do in order to finally get it right:

Sure, everyone loves The Big Three, but there’s such a rich arsenal of fantastic characters that DC has yet to exploit. After all, Supes, Bats, and Wondy took a backseat during the old 52 series, and look how amazing that turned out. The beautiful thing about Justice League Unlimited back then was that they focused on a lot of minor characters and small villains as well, so it not only introduced new fans to other characters, but it also broadened the universe of the Justice League instead of always focusing on the founding members. Justice League Action should try and do the same, such as the brilliant story of Booster Gold in the JLU episode “The Greatest Story Never Told”, where he proved that “crowd control” can be just as heroic as the big things.

Even though Justice League Unlimited and Young Justice came out years and years ago, it was unmistakable that both shows had quite the KAPOW factor, delivering heart-stopping fight scenes and battles of epic proportions. Since this new show has the word “Action” in it, the scenes practically write themselves. I hope they’re not going to hold anything back.

Young Justice might have been about the Justice League’s protégés, but it wasn’t some sappy kiddie show. Each character had his or her own dark secrets, and on each episode the stakes were high as crazy. The stellar creative team for Justice League Action will hopefully not disappoint: Sam Register (Teen Titans Go!) as executive producer along with producers Butch Lukic (Justice League, Batman Beyond), Alan Burnett (Batman: The Animated Series) and Jim Krieg (Green Lantern: The Animated Series).

Young Justice had some pretty mature themes, and the characters were always evolving so that you wouldn’t think the artists were too lazy to create new character templates. The heroes grew with each episode, and they didn’t stick to cheesy one-liners, either. I rather enjoyed the witty banter between characters in JLU, even resorting to some awkward silences that almost always made a scene funnier than if something else was said out loud. Both shows were serious, but they had no lack of humor whatsoever.

…but I doubt it. Justice League Action will cast fan favorites Kevin Conroy (Batman) and Mark Hamill (Joker) as the sweetest couple to ever walk the streets of Gotham, but just because the new show will be using these voice talents doesn’t automatically mean they’re going old-school. I would have loved for the producers to go back to when DC was actually good, but I suppose we’ll just have to wait and see.

Anthony Mackie Is Terrible at Spoilers