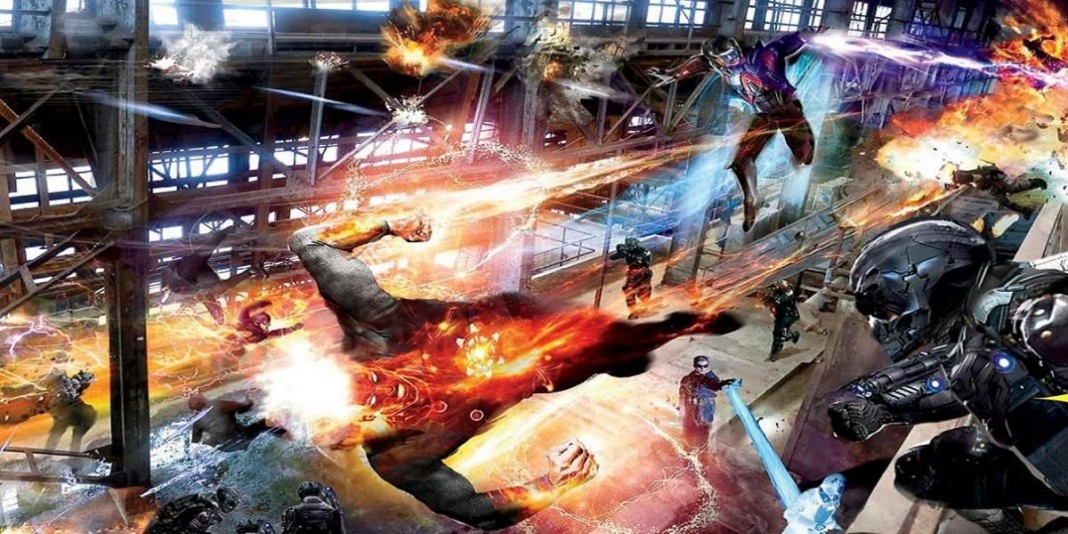 Like probably more than half of DC fandom, I was pretty skeptical about the Legends of Tomorrow project when the concept first came about. For one thing, it seemed like a pathetic excuse for DC to reuse some of the characters they barely touched from Arrow and Flash. It almost seemed like they found it such a waste to throw all of these characters away so they just had to create a whole new show for them. For another, the show is not really based on an actual comic book series. But after that pilot I was dreading to watch (but my inner geek was demanding I do so), it actually turned out to be…not that bad.

This is not going to be a full review, as I’m pretty sure you’ve read a bunch of them by now if you haven’t already watched the two-part pilot. It’s just a short list of the reasons why LOT actually worked, but still, minor spoilers ahead!

Infinite. Because the plot of the show itself is all about time travel, that basically opens up the creative team behind it to anything and everything. They can go back and forth in time, so we can be pretty confident that we’ll get a glimpse of the other lesser known characters aside from the big guns of the Justice League. I know they’ve already teased a little bit of Jonah Hex in the interviews, plus a confirmed older Ollie ala-Dark Knight Returns, complete with the missing arm. It’s not a stretch to expect a Legion of Superheroes in the future, or more time-travelling characters like Booster Gold and Waverider (even though the show used that name to dub Rip Hunter’s vessel). Even Rip Hunter’s “pilot” Gideon has the same name and face as the Reverse-Flash’s in Flash, so what does that mean? The possibilities are endless!

I really like Firestorm from the comics, whether it’s Ronnie or Jason (Jax on television), and it kinda sucked that he barely got any screen time to show everyone what he’s made of before they completely wrote him off in Flash. Thankfully, here on Legends of Tomorrow, we get to see him show off by containing that nuclear blast. Yes. Finally. Firestorm, the Nuclear Man. No more will he be degraded into some low-level chump who shoots fire and acts like a Human Torch rip-off. I’m hoping to see him transmute matter next, like weapons into harmless flowers. That’ll teach Vandal Savage a lesson the next time he hurls those daggers at them.

At the risk of looking dangerously like Ant-Man in the Marvel movie, Atom is now shrinking, which is really what his power is supposed to be anyway. He’s not the flying, shooting, metal-suit-Iron-Man wannabe that they made him out to be. Still, we can’t have it all, so I’m just glad that Ray now has that shrinking thing down pat. I’m looking forward to more character development on his part, as he is now no longer overshadowed by Ollie, neither is he pegged as just Felicity’s love interest. A Jean Loring, perhaps? And not the one they introduced early on in Arrow, either. A proper Jean Loring, one who may or may not be Eclipso.

Display your Atom-love proudly with any number of items from our line of Atom merchandise. And no, it won’t spontaneously convert you to the size of a snow pea.

While I still find their wingspan and Nth metal technology severely lacking in Legends of Tomorrow, Hawkman and Hawkgirl are taking center stage in this whole time-related plot, and their past lives are getting more and more interesting. I still don’t like Hawkman (why couldn’t they have cast a better actor for this tank?), and I’m glad they killed him off. I doubt he’ll stay down for good though, given his knack of reincarnating all the time. But the backstories of the Hawks have always been fascinating, and I can’t wait to see how far DC will take them. I’m hoping they’ll go as far back as the origin of the Star Sapphires, with the crystallized love of Khufu and Chay-ara’s bodies as the source of the Sapphires’ powers. Maybe they can build on the Corps from there; after all, Kevin Smith and Geoff Johns did tease the Green Lanterns during their live event last month. That would be amazeballs.

So I’m not a big fan of the show’s portrayal of Vandal Savage, and Wentworth Miller’s Captain Cold really annoys the heck out of me. I feel like Rip Hunter is also kinda tiresome, but somehow, none of that matters when they all come together. The show is willing to go anywhere, with Damien Darhk even cameoing during the arms dealership scene. They have all the liberties to throw in whatever they want, plus, it was already established that time doesn’t care about these characters—they are pretty much expendable when it comes to the grand scheme of things. I love how they made that work, and that they’re trying to be something more despite that fact. In the end, because anything can happen, Legends of Tomorrow is probably the most ridiculous superhero show out there, but it’s just some plain ol’ damn good fun.

Oh, and get yout 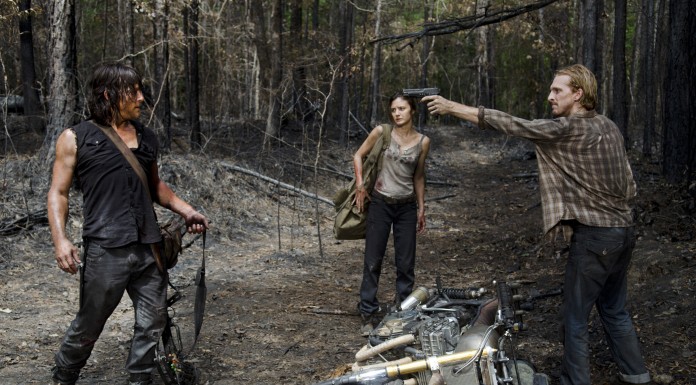