Before we begin, Caity Lotz in go-go boots. I’m just going to let that sit there.

And where did those go go boots come from? Why, they came from 1975. And why did they come from 1975? Because our Legends are still in 1975 trying to stop Vandal Savage from selling a thermonuclear device to international terrorists. A very noble mission, yes, it’s just too bad that Ray Palmer left a tiny piece of technology behind that causes the destruction of the future. Oops.

The great thing about time travel is that one always has another shot at fixing things and our Legends give it the ‘ol college try. Literally. Because to track Ray Palmer’s tech, the Legends have to steal a tracking device from the 25 year old version of one half of the future Firestorm, Martin Stein. So we had Sara, Jax, and older Martin getting Marty McFly with younger Martin and screwing up his personal timeline, while Captain Cold, Heat Wave, and the Atom try to steal an ancient dagger that has the power to kill Vandal Savage. Meanwhile, the Hawks continue to train in order to prepare for their final confrontation with Savage, their immortal enemy. Two of those storylines were awesome, one sucked rocks. Let’s break it down.

So far, the stand out character on “DC’s Legends of Tomorrow” has been Martin Stein. At first, Stein and Jax seemed like an afterthought to the show. We barely got to meet Jax on “The Flash,” and the newly bonded heroes were shunted off into “Legends,” but man, does Victor Garber have some note perfect comedic timing as Stein. His confrontation with his younger, suave, pot smoking self is freaking priceless. Also, seeing young Martin hit on Sara…pure gold right there, and who knew being a resurrected assassin would make one such a pot head. Because Sara Lance is quite the toker. I wonder if Quentin knows about that. Anyway, Martin and company end up stealing the tracker to find Ray’s tech from young Martin. They did this by knocking him out which causes young Martin to miss the mixer where he was going to meet his future fiancé. Whew, this is confusing. By the end, Rip Hunter puts it all back but not before the intense experience causes the bond between Jax and Martin to deepen, which should make for a much more efficient Firestorm. Oh, did I mention that Firestorm had to absorb a nuclear blast this week as well? When this series goes big, it goes big!

Story number two, we had Captain Cold, Atom, and Heat Wave stealing the same dagger that killed Kendra and Carter back in Egypt. There is just something about the hapless sincerity of Palmer and the world weary coolness of Len Snart that makes their pairing an absolute delight. Even though they can’t stand each other, both Legends have this grudging respect for the other and it’s fun to watch. Heat Wave just kind of stands around and scowls. Through a comedy of errors this unlikely trio busts into a mansion to steal the dagger, and of course, the weapon belongs to none other than Vandal Savage, who takes Heat Wave and the crew hostage. Savage forces them to call their teammates and the fight is on.

Which brings us to the Hawks and the not so great part of the episode. There is just not that much chemistry between Kendra and Carter. The whole thing should feel epic but it just kind of feels exposition-y with the two doing a lot of telling with barely any showing. Carter says they have an eternal love, but I’m not feeling it. Kendra says she is filled with doubts but she just feels kind of vacant. Look at the climactic battle between Hawkman and Savage. Kendra just kind of stands there while Carter gets slaughtered. She didn’t even try to help her partner. Maybe we can chalk this up to poor fight choreography, although probably not because the rest of this episode’s fights were beyond cinematic, but seeing Kendra just dully standing there while Carter is killed robs the moment of any impact. And yes indeed, Carter Hall is killed. But his power is to resurrect so I’m sure we’ll see him again sooner rather than later, and hopefully in that life, Hawkman will have some energy because so far not too great.

So we left things with Rip Hunter making sure young Martin meets his future wife, Sara stealing some fat doobies, and in an awesome scene that just totally defines Len Snart’s character, Captain Cold swearing to avenge Hawkman. The series continues to have “Avengers” level set pieces and action scenes and the interactions between these characters is a blast. You knew that in a series this size, some characters were going to have to get short thrift, and sadly that sorry distinction goes to the Hawks, which is a shame because you’re not going to find a bigger Hawkman and Hawkgirl fan more than me. But hey, I hated Laurel Lance and Iris West over on “Legends'” sister shows, so DC TV tends to turn these shaky character directions around.

I don’t want to sound negative, because in a week where I gleefully watched seven (!) comic based shows, “Legends” might have given me the most laughs and smiles. Oh, did I mention Damien Darhk made an ominous cameo? It’s the little touches like that, despite some character hiccups, that makes “DC’s Legends of Tomorrow” so damn fun. 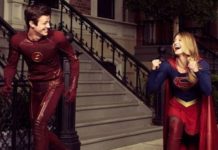 The Flash and Supergirl’s New Crossover Will Be….a Musical? 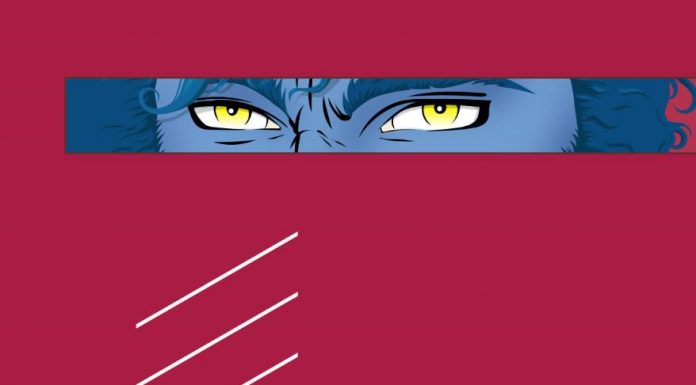 Ranking the Seven DC Rebirth Titles Currently on My Pull-List

The 5 Big Questions I Have About Suicide Squad!

Is a Rocket Raccoon and Groot Movie on the Horizon?