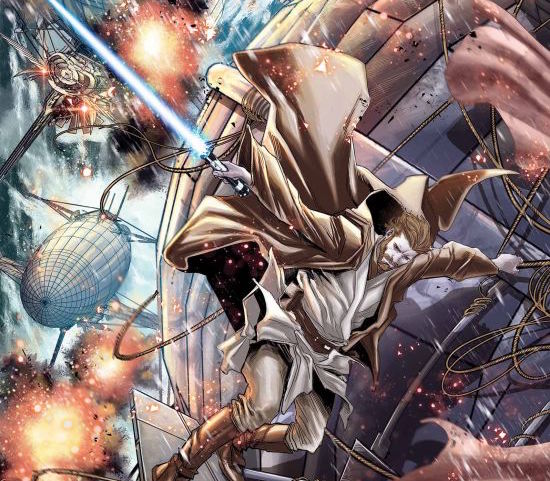 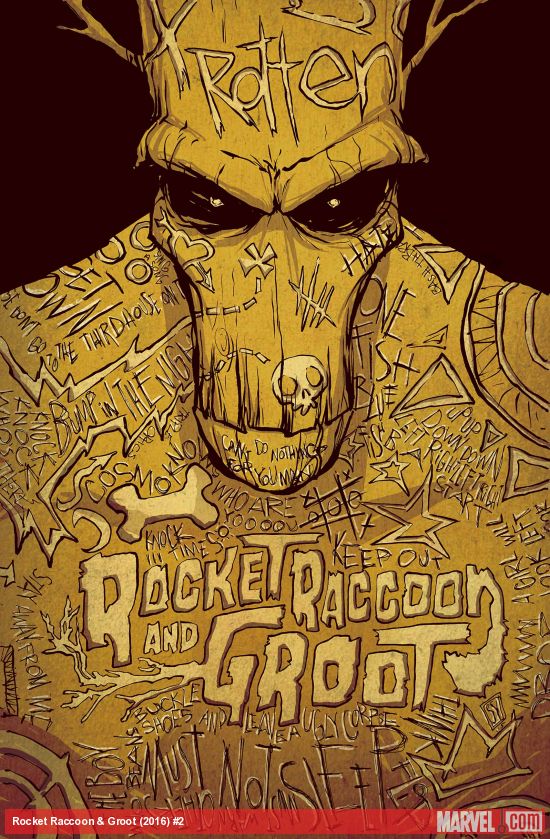 IN THE SHORT SHADOW OF THE RAKZOON EMPIRE Lord RakZoon’s not the brutal dictator they think he is at home—oh no, no, no. He’s a Rocket Raccoon! ROCKET RACCOON! Can Groot and his body art remind Rocket who he is before he casts his best friend into the torture dungeon?! Also, WHO GAVE ROCKET A TORTURE DUNGEON??? 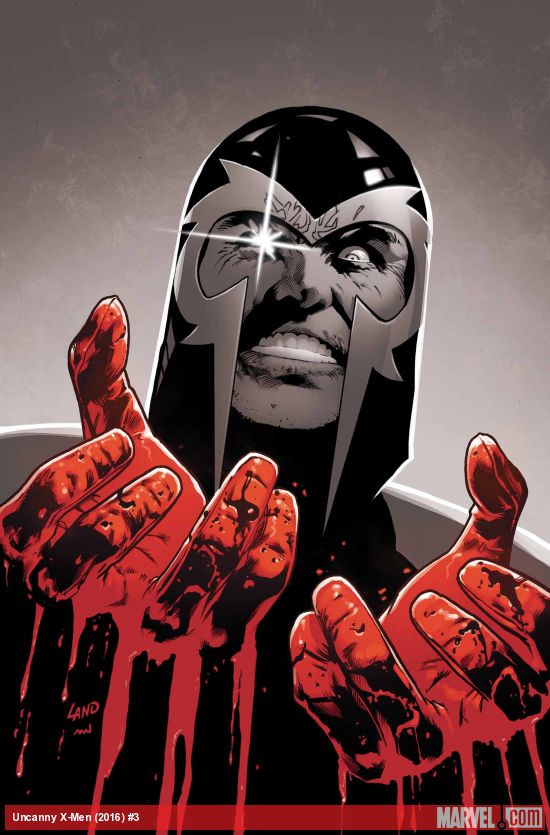 With mutantkind in extinction’s crosshairs once more, Magneto leads a team of the deadliest X-Men to fight for the fate of their species! But can the Master of Magnetism curb his killer instincts long enough to find out who’s trying to speed up mutantkind’s descent into the grave? Plus: Fantomex! Triage! And an X-Man you probably thought you’d never see again… 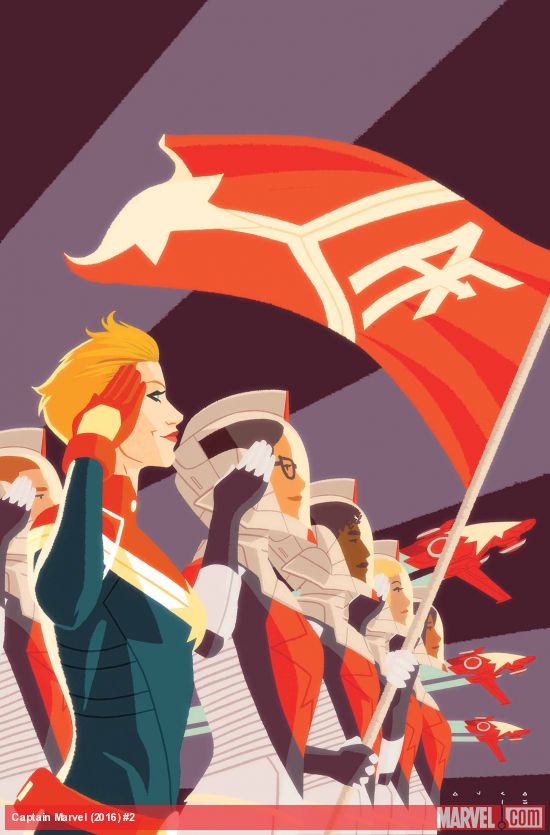 Between hosting a contingent of alien ambassadors, passive aggressive power struggles with her Flight Commander, Abigail Brand, and an insatiable itch to be on the front lines, Carol Danvers A.K.A. Captain Marvel struggles to find her footing on the new Alpha Flight Space Station. To top it off a mysterious ghost ship has entered protected Earth space…And it’s bearing the Star of Hala. Talk about a rough first week on the job… 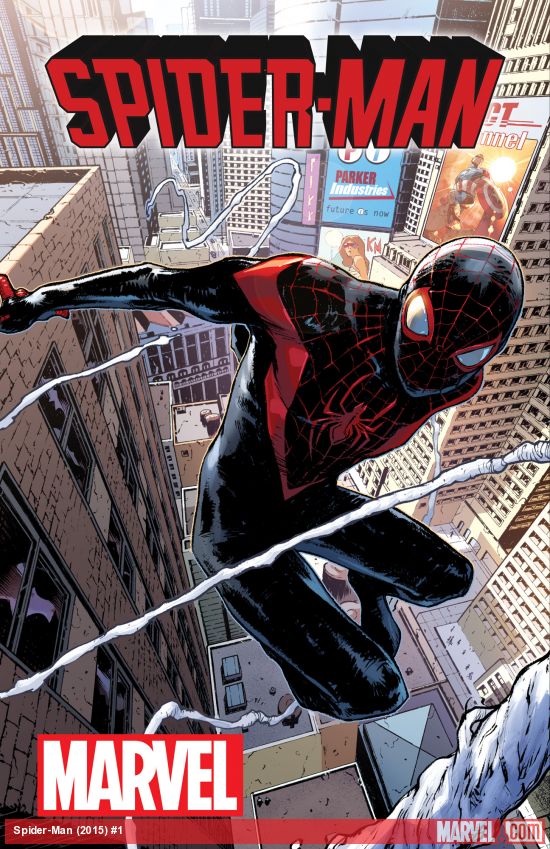 Miles Morales has been doing the super hero thing for a while, now, but after SECRET WARS, he’ll be a full-fledged member of the Marvel Universe. Swinging next to The Invincible Iron Man, The Mighty Thor and the All-New Captain America as a card-carrying member of the Avengers is an adventure, but it’s not all fun and games for New York City’s main Spider-MAN! What happened in the eight month gap? It all starts in SPIDER-MAN #1! 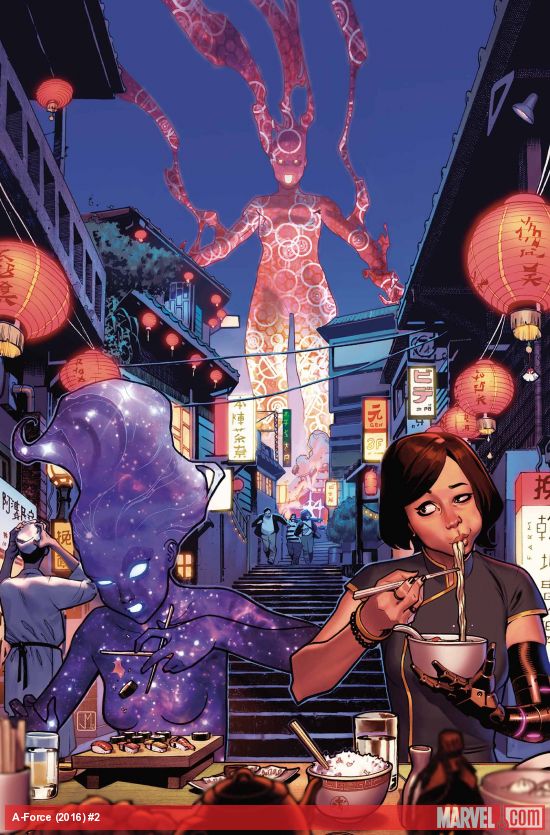 What do you do when a sentient cosmic event rampages through Japan? ASSEMBLE A-FORCE! Marvel’s newest hero, SINGULARITY, has escaped Battleworld and found her way to the Marvel Universe! But she didn’t make the journey alone… To combat the villainous ANTIMATTER, Singularity will call upon Earth’s mightiest team of Avengers. And one thing’s for sure: They are A FORCE to be reckoned with! 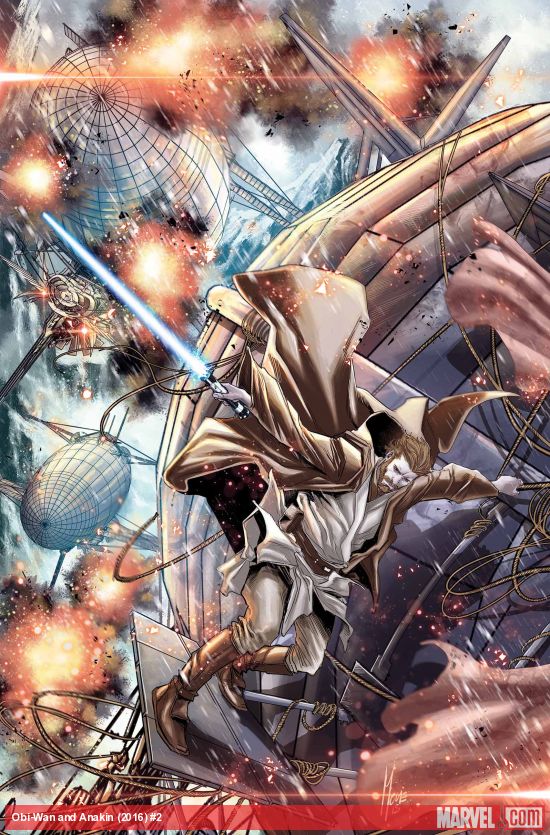 Master and Padawan find themselves stranded on an unfamiliar world…a world of strange, primitive technology and dangerous natives. But even if they can save themselves…why were they called to this world? Star Wars © Lucasfilm Ltd. & TM. All rights reserved. Used under authorization. Text and illustrations for Star Wars are © 2015 Lucasfilm Ltd. 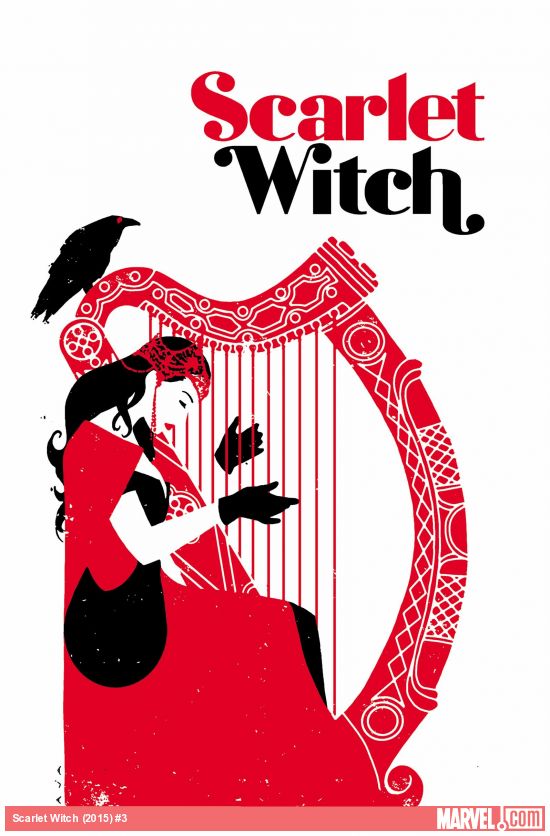 A magical curse has befallen the Irish countryside and only the SCARLET WITCH has the cure! A powerful new magician by the name of the EMERALD WARLOCK has his eye on Wanda…but is he friend or foe? Wanda discovers that there is much more to her family history than meets the eye… 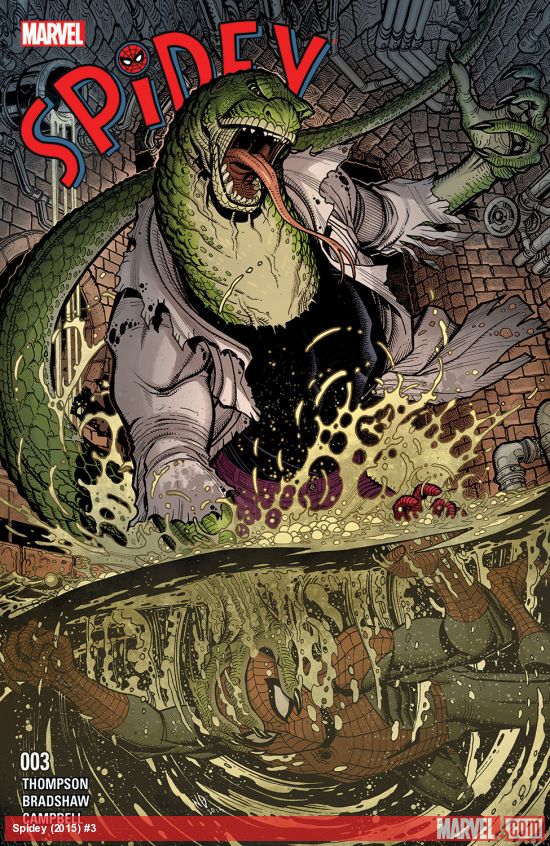 As Peter Parker finds his footing at school and with GWEN STACY…SPIDER-MAN finds himself face-to-face with the LIZARD! 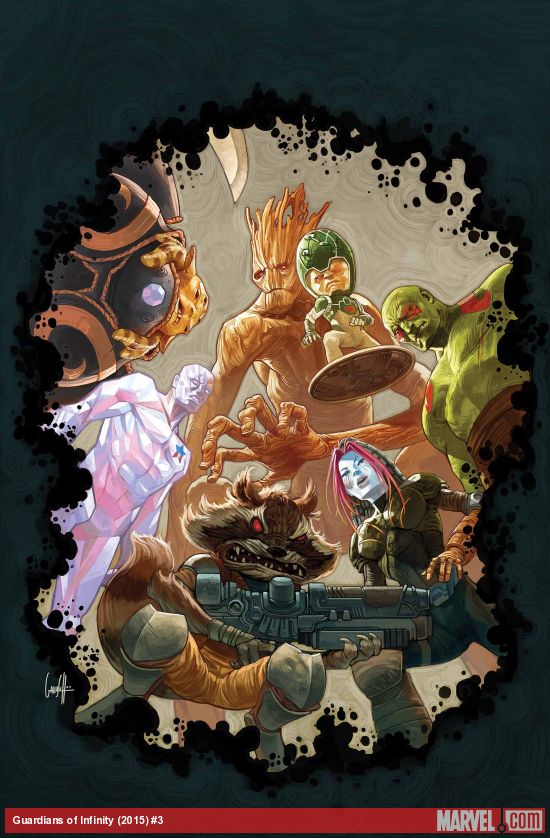 ALL TOGETHER BEHIND ENEMY LINES! The only way out is in, as all the Guardians sneak aboard the ominous Structure. The gene-cruited Newcomers are swarming: they’re gearing up for something and that can’t mean anything good! Plus, The Thing and Groot are in search of a singularly powerful object located in New York City in a story by DARRYL “DMC” MCDANIELS, EDGARDO MIRANDA-RODRIGUEZ and JUAN DOE. 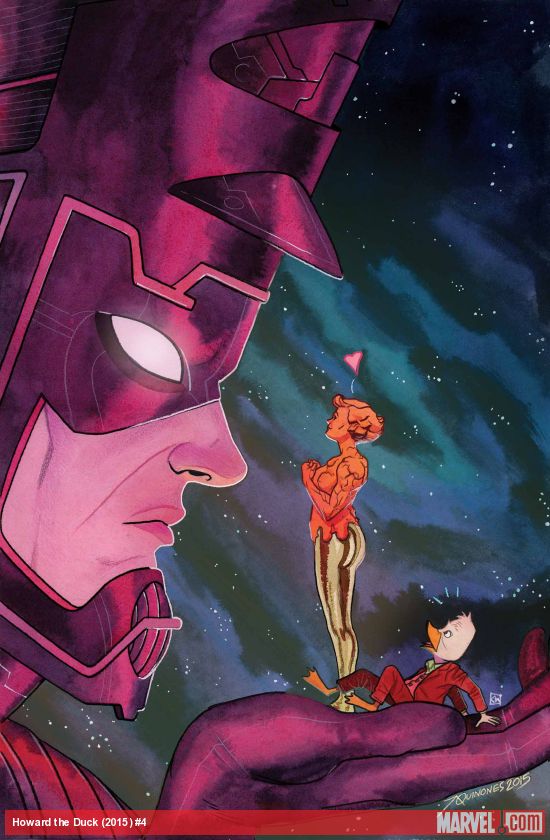 She’s obsessed, she’s powerful, she’s ALMOST the new herald of Galactus! And like the rest of the universe, SCOUT is after Howard. But with an eye to ending the hunger of the Devourer of Worlds! Plus: The Silver Surfer! The Stranger! The Guardians of the Galaxy! All in a story of Howard on the run we’re calling … FOWL MOVEMENT! Oh god, are we really calling it that? 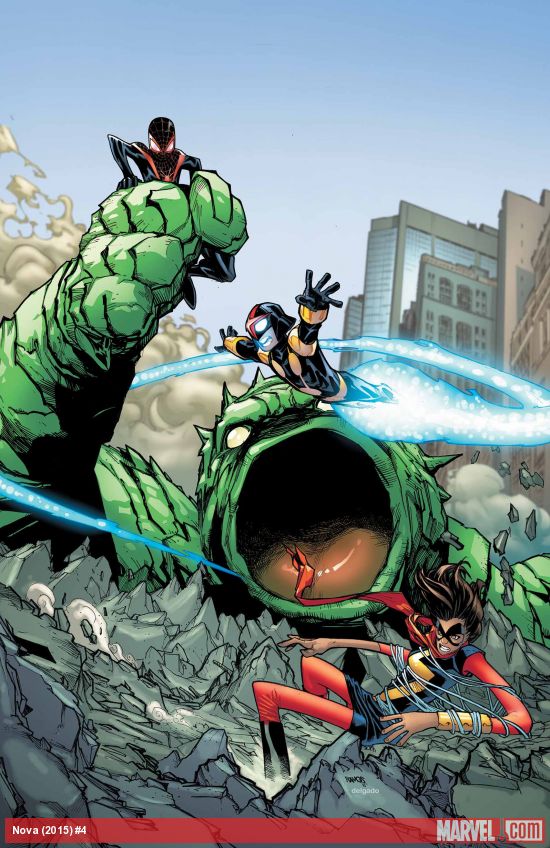 HOLY MOLE-Y! Nova’s lost underground in New York! But his fellow Avengers are hot on his tail! 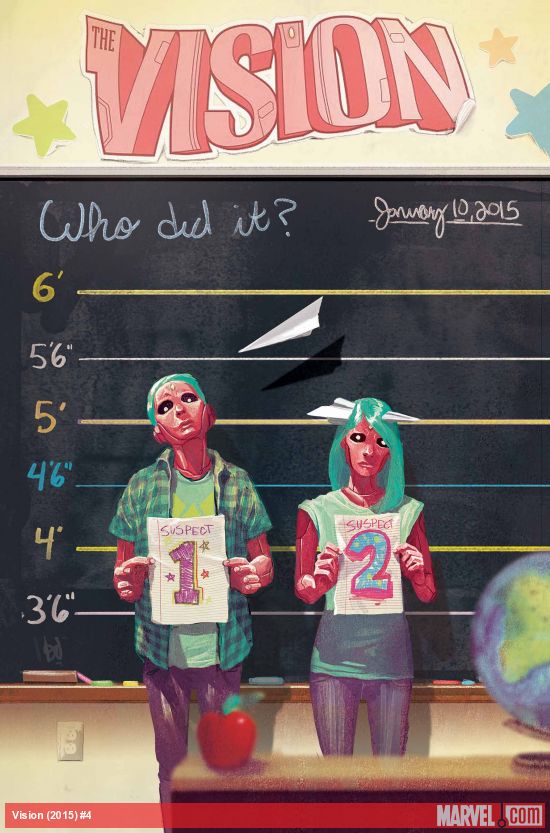 Just as everything is coming together, everything goes to hell. After finally finding love for The Vision, Virginia must respond to the one person who threatens that love – and her response will shock the Marvel Universe. A not-to-be-missed ending that builds to next issue’s breathtaking climax. 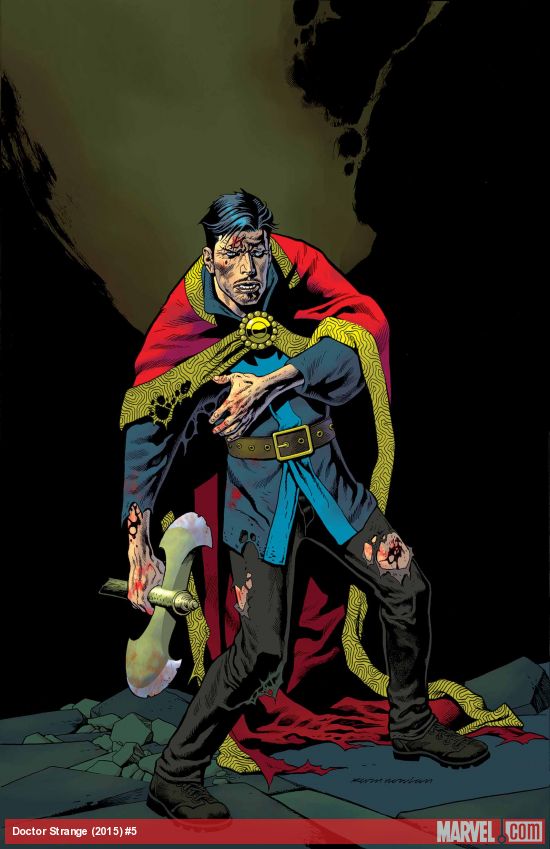 The Witchfinder Wolves are here and Doctor Strange is in trouble. The Empirikul is coming, Magic’s days are numbered and Strange is not ready! 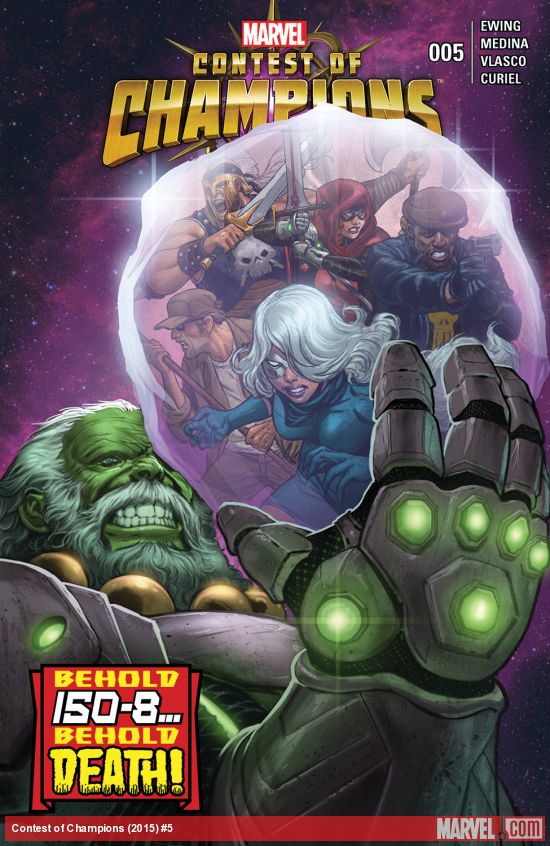 TO THE DEATH! NO MORE GAMES! White Fox enters the fray – in time for a six-a-side deathmatch! And one contestant WILL die – AND MAYBE MORE! Plus! A new guest star THRASHES the enemy! You won’t believe who’s back! 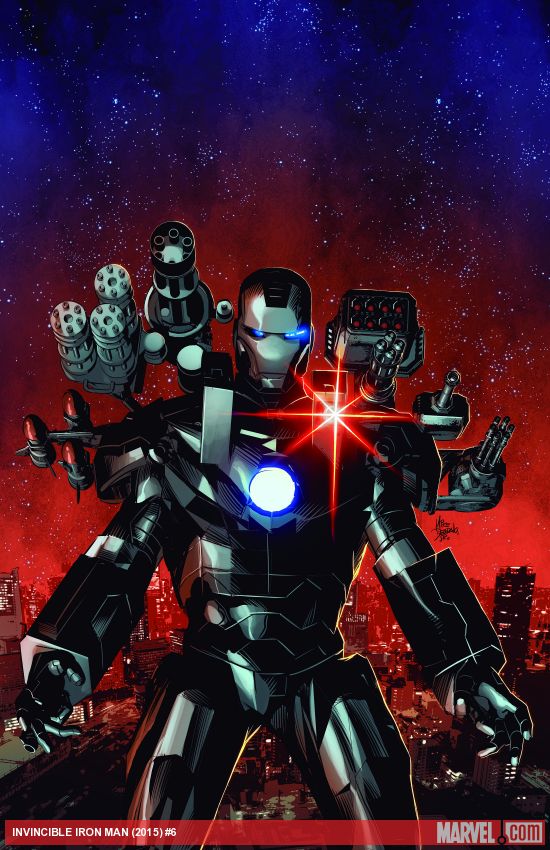 Something is not right in the house of Stark, and Tony must delve into the nooks and crannies of his international organization to find out what. Plus: The first big clues of major things to come in the Marvel Universe! 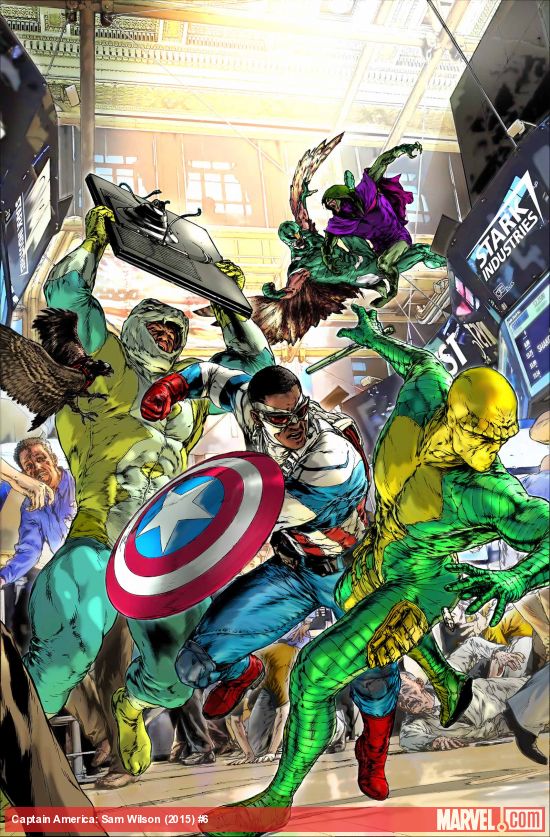 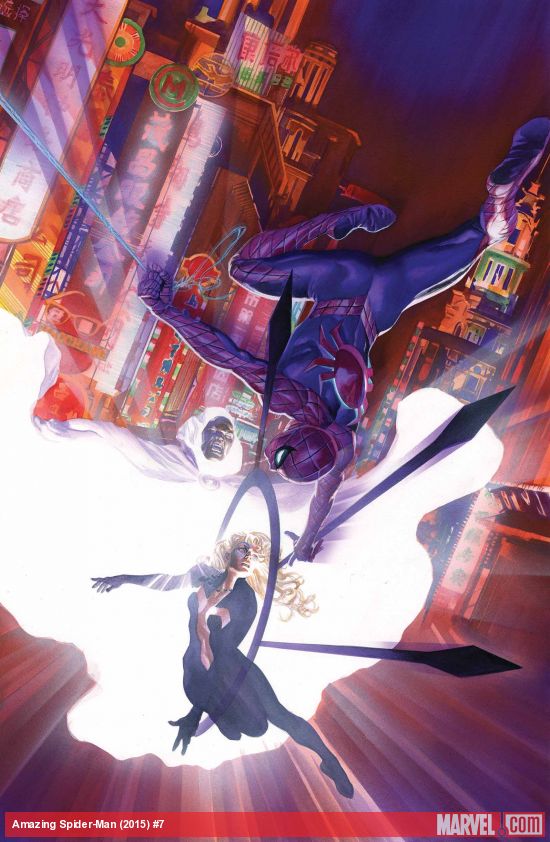 THE WORLD’S GREATEST SUPER HERO! Spider-Man has gone global! Parker Industries is more successful than ever, with offices in New York, Shanghai, London and San Francisco and Peter Parker is racking up the frequent flyer miles with his “bodyguard” Spider-Man in tow, of course. But success breeds enemies and a reinvigorated Zodiac have also widened their scope to threaten the whole world. Join Dan Slott and Giuseppe Camuncoli as they take Spider-Man to the next level! This huge first issue also includes stories featuring Silk, Spidey 2099, Spider-Woman and much more!