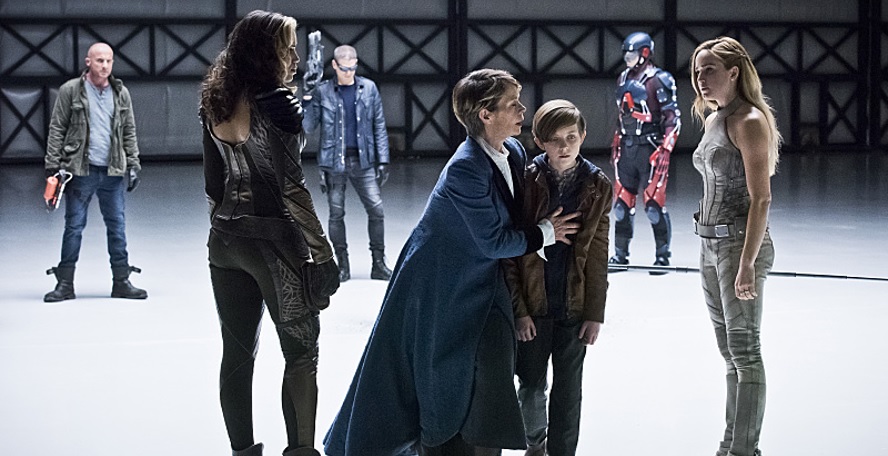 Check out Our Review [WITH SPOILERS] for Legends of Tomorrow Season 1 Episode 12: “Last Refuge.”

Yeah, I know, this week’s episode of DC’s Legends of Tomorrow is just one slapdash attempt to do a Terminator story using DC characters, but I’ll be a T-1000 if it all isn’t just a load of fun.

So you see, there’s this being called the Pilgrim. Now, she might look like a Hot Topic model, but the Pilgrim is super-deadly. Her gimmick is that she travels to the past to kill her victims so they disappear in the present. That’s pretty badass. She first tries to kill a young, bug-eyed Mick Rory but the Legends stop her and are forced to take the young pyromaniac aboard just minutes after he roasts his parents. Then, we are treated to a bit of an Arrow prequel as the Pilgrim’s next target is Sara Lance. This is where things get more James Cameron as Pilgrim attacks the Starling City police station. Yeah, it’s an obvious Terminator riff, but hey, we get to see Quentin Lance with hair, so…WINNING!!

She attacks all the Legends in turn and the episode uses this threat to explore some of its characters’ rich histories. The most heartfelt moment is when the team snatch up baby Jax from the past. Professor Stein uses this opportunity to introduce Jax to his deceased father. It’s all very “Hallmark-y,” but the meeting between father and son is the best moment involving Jax we’ve been treated to so far. Jax gets to see his father just weeks before the brave man is killed in combat. These scenes are pulled off with a great degree of class and dignity and yeah, I cried. Shut up!

Not as poignant is the continued digging into the relationship of Ray Palmer and Kendra. After his past-self is injured by Pilgrim, present Ray proposes to Kendra and she says yes. And then she says no again. And then she says yes. Really, I wish the Pilgrim went back in time and erased these sequences from the writers’ minds because this aspect of the series is getting really tiresome. It’s like the writers are trying to make Kendra seem torn between her destiny and her own will, but it all really just makes her seem like a fickle airhead. Say it with me Justice League Animated fans- Hawkgirl is NOT a fickle airhead.

Anyway, the ending is really cool and reveals a whole lot about the past of one Rip Hunter as we get to meet his younger self. We also meet Rip’s adopted mother, a woman that runs an orphanage for future Time Masters. It’s all very Steven Moffat and cool, and the defeat of the Pilgrim completely makes up for the Ray and Kendra nonsense. 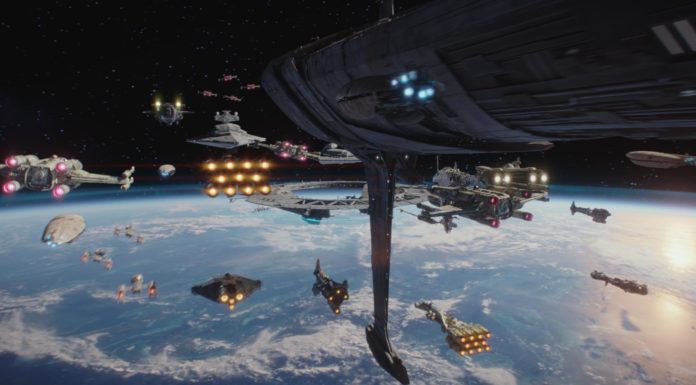 Moon Knight Comes Back to Marvel