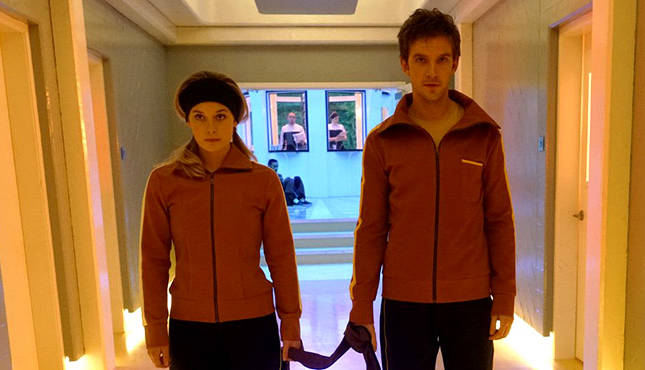 FX’s Legion is a prime example of why the comic book drama is here to stay. For a few years now, pundits have been predicting the end of this comic book media Golden Age that we’ve been living in for this past decade or so. There’s been speculation that we’ve reached the saturation point. That between film and television, there is just too much comic book and superhero media. Legion proves that statement wrong.

Legion is not a superhero tale. It’s not a classic X-Men story, nor is it like anything anyone has ever seen before when it comes to a live-action adaptation of a comic. Legion is X-Men adjacent and dwells in this wonderful twilight periphery of mainstream superheroes.

Legion is a fitting tribute to the experimental work Chris Claremont and Bill Sienkiewicz did on New Mutants back in the 1980s. Most of all, Legion is a deep look into the nature of reality and mental health that just so happens to take place in a well-established and beloved super herouniverse.

Don’t go into Legion expecting Easter eggs and references to established X-characters. There isn’t any little winks to Wolverine or Deadpool, Professor X or Magneto (at least not yet), but the story of Legion is based firmly in the familiar confines of an X-Men universe. The series does not make it clear if Legion takes place in the same story space as the X-films, and you know what? It really doesn’t matter, because this is David Haller’s story and what a story it is.

Legion opens with Haller (Dan Stevens) in a mental hospital where he is drugged to the gills. He seems restless but mostly content with his life on the ward. He chills with his best pal and fellow patient Lenny Busker (Aubrey Plaza, who contently eats Twizzlers and listens to music.

Haller’s life takes a sharp turn when Syd Barrett (Rachel Keller) comes on the ward and begins a sweet but strange romance with Haller. Barrett is terrified of being touched while Haller is forced to repress his dangerous mental powers. When Haller tries to kiss Barrett, the adventure begins in what is perhaps the trippiest and most daring live-action superhero drama ever made.

The strength of Legion is the fact that showrunner Noah Hawley (Fargo) completely trusts the viewer to follow his fractured narrative. Legion is not told linearly and things can get overwhelming at times. Viewers follow Haller on the ward, during his life before he is institutionalized, after he escapes the ward, and while he is being held in a government facility designed to repress his dangerous powers.

The viewer does not know what is real and what is illusion because they only have the profoundly disturbed Haller as guide; the opening episode never allows the viewer to see the world outside Haller’s point of view. So, we don’t know where in the X-Men timeline this story takes place because, like the show’s protagonist, we are trapped in Haller’s mind.

This pilot episode of Legion has a wonderful indy film sensibility. It has a cheeky and dark humor and an innate sadness. Hawley seems as concerned with issues of identity and mental health as he is with the world of mutants. Legion spoon-feeds the viewer nothing. It allows the viewer to experience the same fear and confusion as Haller and that’s just awesome.

This series exists on the power of Dan Stevens’ acting as he fills Haller with nuance and a likeability factor that is off the charts. Plaza does what she does best, playing a cheeky, crazy, darkly broken young woman. It will be fun to watch Plaza’s character grow even if the young woman may only exist in Haller’s broken mind.

Legion is not just a character meditation. Things get very X-Men-esque at the end of the episode as a group of mutants bust Haller out of the government facility that he is being held in. It seemed that for a while, Legion would be confined to the setting of the hospital, but oh, not so. By episode’s end, Legion goes from quirky little X-aside to an epic mutant adventure complete with a kickass, needs-to-be-experienced, super-powered mutant throw down.

There is a great deal of Mr. Robot in Legion. It’s a story of mental illness and disenfranchisement. But Legion also embraces its comic book roots. The fact that Legion can be so many things at once speaks to the malleability of comic book drama. In fact, if the originality and daring energy of Legion is any indication, the superhero genre may just now be getting started in earnest.