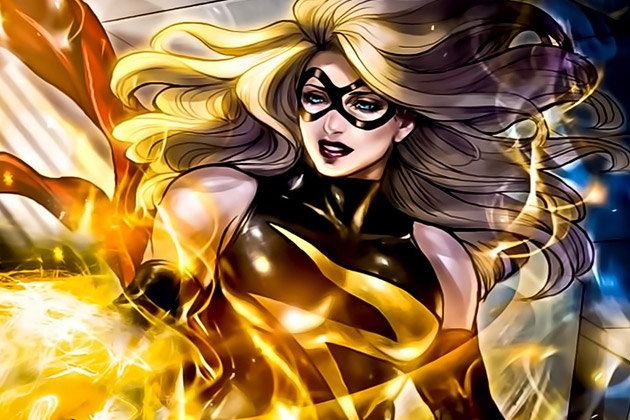 Marvel’s Jessica Jones drops today on Netflix and we’re wondering what kind of characters and cameos we’ll be seeing. Within the context of the comic books, Jessica Jones and Carol Danvers are best friends and many expected the powerful Ms. Marvel to show up in Jessica Jones. Unfortunately, Melissa Rosenberg, one of the showrunners for Jessica Jones, spoke with IGN and was asked about how the show has changed since its original inception at the ABC network and whether or not we would be seeing Ms. Marvel /Captain Marvel. “Back when it was at ABC Network, I did use Carol Danvers. But between then and when it ended up on Netflix, you know, the MCU shifted, and it also shifted away from the universe in the [comic] book. So in the book, the powers are very out in the open and the themes of that are about ‘the other,’ and in the cinematic universe that’s not the mythology. So there was a lot that I had to move away from, just in terms of sheer plot, and Carol Danvers got her own movie.”

Damn! I guess we won’t be seeing the Kree-imbued hero any time soon but perhaps we will get lucky with an Easter Egg or two…something! However, Rosenberg said that we may have gotten something better. “But as it turned out, Patsy Walker ended up being an incredibly—a much more appropriate fit with Jessica. It was better that her best friend was not someone with powers. It actually ends up being a really great mirror for her.”