The new Fear the Walking Dead season 2 promo is a 10 second video showing our intrepid, Los Angeles-based survivors as they continue to shamble on regardless of the pervading, zombie-producing plague rampantly ruining LA and, well, the rest of civilization.

Yep; Travis (Cliff Curtis), Madison (Kim Dickens) and the rest of their contentious pack were taking up residence at the elaborate Strand (Colman Domingo) estate. Their plan? To escape on the high seas utilizing Strand’s boat, “Abigail,” conveniently moored offshore.

Will there be safety out at sea? One would think so, however, this particular trailer portends otherwise with cracked, flashing text boldly stating “NO SAFE HARBOR!” And then there’s a zombie thrown overboard, and Cliff beating the sh*t out of….another zombie. Probably.

AMC’s The Walking Dead returns this Sunday, so if you’re currently zombie-deprived, the mid-season return of season 6 will sate that lumbering need. Of course, if you’re curious about the beginnings of the mysteriously induced zombie invasion, and the very real reactions of those who witnessed its chaotic inception, Fear the Walking Dead is the place to be on Sunday, April 10 on AMC.

Yeah, season one’s ending kind of went to sh*t when Ruben Blades released zombies to distract the military; I mean, he’s responsible for killing HUNDREDS of people with that little stunt. Anyway, yes, that particular tactic was questionable (morally AND strategically), but overall the series was solid. Here’s hoping Blades’ character doesn’t lead zombies to a children’s hospital during Fear the Walking Dead‘s sophomore season.

Oh, and it’s never too late to celebrate fear’s beginnings with the Fear The Walking Dead Fear Begins T-Shirt! Click the image for more details! 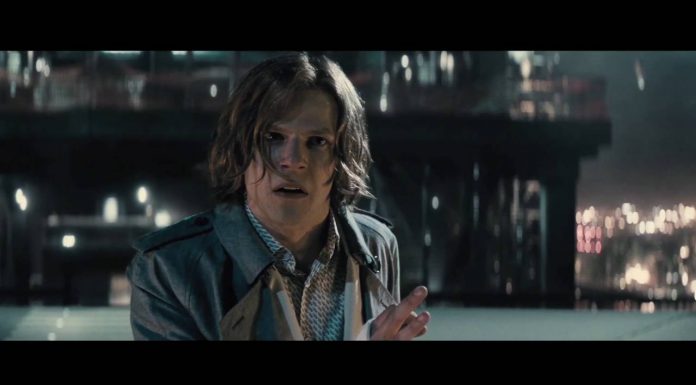 Scrutinizing the Civil War Trailer: Three Questions We Had to Ask!

Doctor Who Spin-Off Titled ‘Class’ Gets Premiere Date from BBC