Check out this new Gotham “Wrath of the Villains” trailer promoting Gotham’s February 29th, mid-season return! That’s right; things are changing in Gotham city and absolutely NOT for the better. I mean, there’s a maniac with a freaking freeze ray going around and adding more “stiffs” (get it?) to Gotham’s already dependable supply of “stiffs” murdered by more conventional means. And when Detective Gordon notices an uptick in violent, ostentatious murder – seeing as how Gotham simmers perpetually in a cauldron of crazy-sauce – you KNOW it’s bad. Gordon acknowledges these magnified acts of villainy, stating, “The bad guys in this town are changing. I don’t know how bad it’s going to get.”

Cut to young Bruce Wayne whaling on a heavy bag, initiating Alfred’s warning, “This is not a game.” And then we have more stuttering, quickly edited flashes showing gruesome locales, beloved characters under threat, and a certain, quizzical forensic scientist considering new and interesting ways to express his ofttimes unseemly riddles.

And HOLY CRAP! Is that master manipulator Dr. Hugo Strange? Holy CRAP! Do NOT let him convince Gordon to step into a sensory deprivation chamber for 72 hours. Yes, he’s a doctor, but he’s more concerned with twisting minds than assuaging maladies.

Flash your badge and help Detective Gordon take out the trash with this Batman Gotham Police Badge Credit Card Wallet ($19.99)! 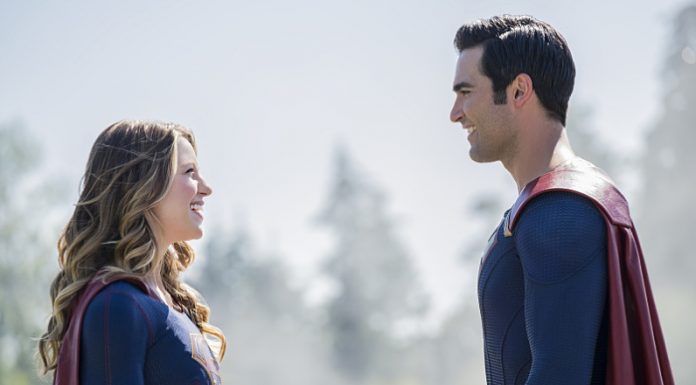 5 Takeaways from Supergirl Season 2 Episode 1: “The Adventures of Supergirl”

Is This Classic Star Wars Character Appearing in Rogue One?

The Justice League “Come Together” in First Official Trailer