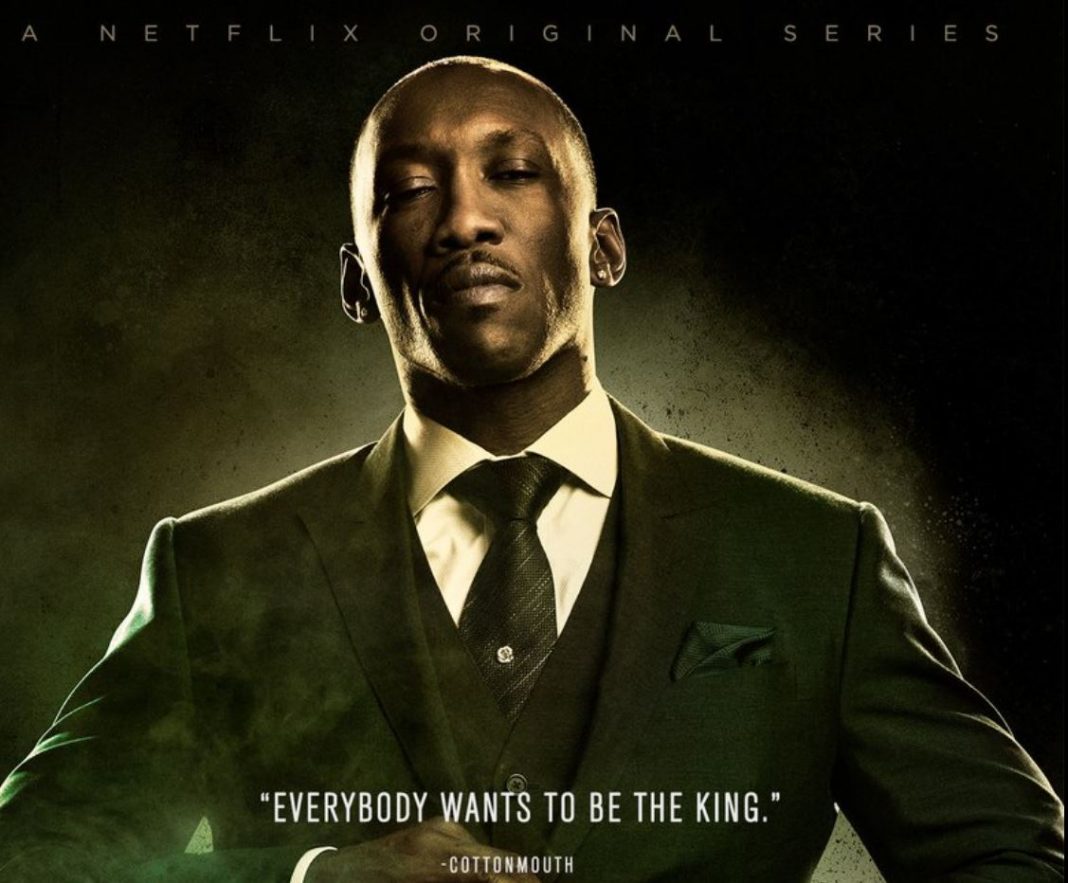 Following the release of character posters for Claire Temple and Misty Knight, we now have Luke Cage posters for Shades Alvarez, Mariah Dillard and Cottonmouth; y’know, the collective basis for Luke Cage’s woes. Anyway, that’s enough out of me; let’s check out the beautifully gritty character posters spotlighting the opposition.

Played by Mahershala Ali, Cornell “Cottonmouth” Stokes is a gun-running a$$hole who craps on Harlem like it’s his own, personal crapping trough. In the comics, he has razor sharp teeth and strength comparable to Luke Cage. Not sure if we’re going to see any of these enhancements in this particular iteration.

In her live-action, Netflix iteration, Mariah Dillard (Alfre Woodard) is a politician who genuinely strives to make Harlem a better place, but is consistently under threat of sabotage by her brother, the aforementioned a$$hole, Cornell Stokes. Hmmmm. Makes me think they have “an understanding.”

In the comics, Mariah is a “curvy” gangster who goes by the moniker, “Black Mariah.” 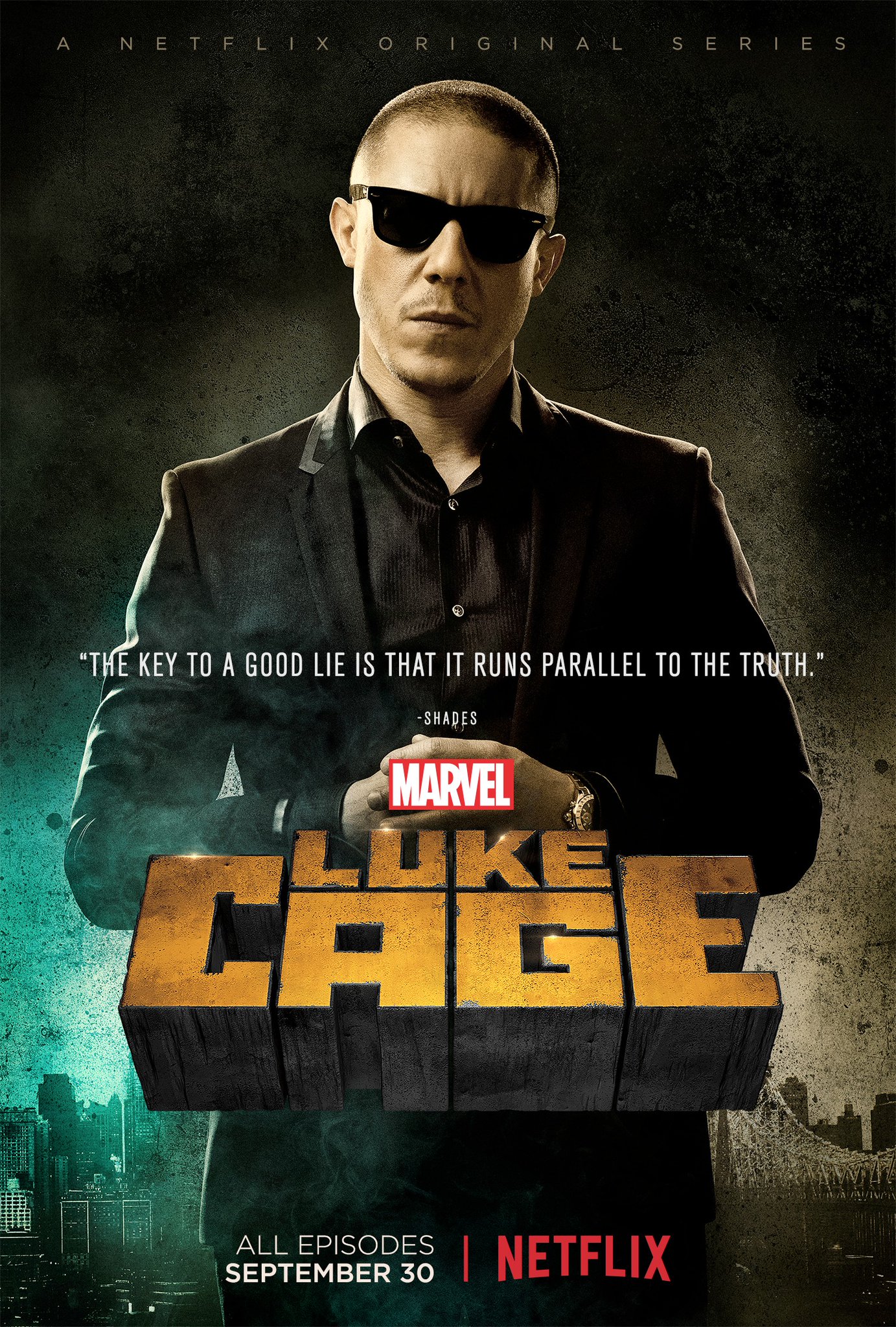 In the comics, “Shades” Alvarez is a straight-up jack-hole who ran in a gang with Luke Cage. This violent association landed both of them in prison. Unlike Cage, Alvarez didn’t walk the straight and narrow after their “release”; he was determined to kill an especially sadistic prison guard. After Cage’s refusal to aid in the murder of said sadistic jerk-face, the resentment shared between the two magnified, and they would clash on more than one occasion.

Not a lot is known about the Netflix version, but Alvarez has been described as “a manipulator.” So, yeah, still a jack-hole, just not as direct.