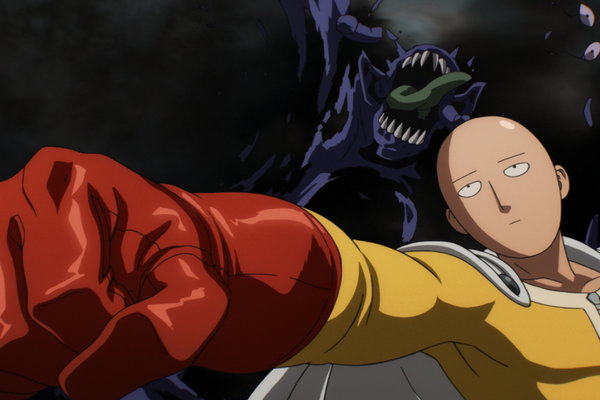 The comic book and anime/manga crowds are two distinct groups that are sometimes very similar, but rarely intermingle. While there have been some attempts to bring the fun and adventure of superheroes to Japan before, there’s one recent entry that stood above the others: a superhero anime and manga simply known as One-Punch Man! On the outside it may seem like your typical action title from overseas, but take a closer look and you’ll find that One-Punch Man is actually a unique superhero satire.

In City Z there are heroes and there are villains (much like any superhero story) and then…there’s Saitama, a self-proclaimed “hero for fun”. When evil threatens the city, Saitama dawns his cape and saves the day with barely any effort. How, you may ask? Because Saitama is actually so powerful that he always finishes the fight after just one punch! The problem is, this has left poor Saitama feeling jaded by his own power, so now he seeks to find an opponent that can give him a challenge while making new friends and taking down powerful monsters along the way.

The manga and the anime are jam-packed with tons of breath-taking action scenes (some that seem even too big for the printed page), with tons of colorful characters and monsters. By far, the main thing that makes it the unique superhero story that it is, is our protagonist. Saitama is a very different kind of superhero, the kind that’s become bored with the job. It’s not that he doesn’t like being a superhero or that he’ll try to avoid saving the day, it’s that his immense power-level has made him pretty much invincible which made fighting evil way too easy for him. The result? He doesn’t exactly take it seriously. In superhero comics we’re used to the hero’s power being a curse (like Spider-man or the Thing), but we’ve never seen it in such a way where it causes the superhero to be so bored that normal superhero situations don’t even phase him. This adds a lot to the comedy of the series and actually makes for some pretty entertaining satire of superheroes, particularly Superman.

When some people talk about Superman, they often bring up that he’s invincible, or that he’s too powerful, making him an uninteresting character (something I disagree with). One-Punch Man constantly pokes fun at this argument throughout the manga and anime. It uses Saitama’s to show us what it would be like if Superman was as powerful and as invincible as some people think. An example of this is that in superhero comics, as well as in manga/anime, there are often moments where the heroes try and get stronger and push past some sort of limit (yes, even Superman at one point or another). But the joke is that Saitama is the exact opposite. In fact, his curse stems from the knowledge that he’s already the strongest anyone can ever be; he has no limit to surpass.

One-Punch Man also pokes fun at overused, superhero plotlines such as the world constantly being threatened by villains over and over again (almost daily), the large amounts of property damage, organized superhero teams (like the Justice League or the Avengers), villain monologues and the secrets superheroes keep (there’s one really hilarious joke in particular about how Saitama became so strong; I won’t dare spoil it here). All these normal, recurring tropes we see in superhero stories are made to be so over the top that they’re actually very clever and very funny parody pieces for western comics, making One-Punch Man very accessible to anime and non-anime fans alike. Filled to the brim with likable characters, a unique protagonist, and a whole lot of satire that comic book fans can enjoy, One-Punch Man stands out as a one of a kind superhero story. I recommend picking it up if you’re interested; it definitely puts the “super” in “superhero”!

What do you think of One-Punch Man? What superhero parody do you enjoy? Let me know below! 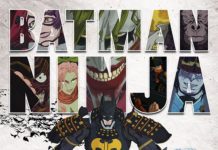