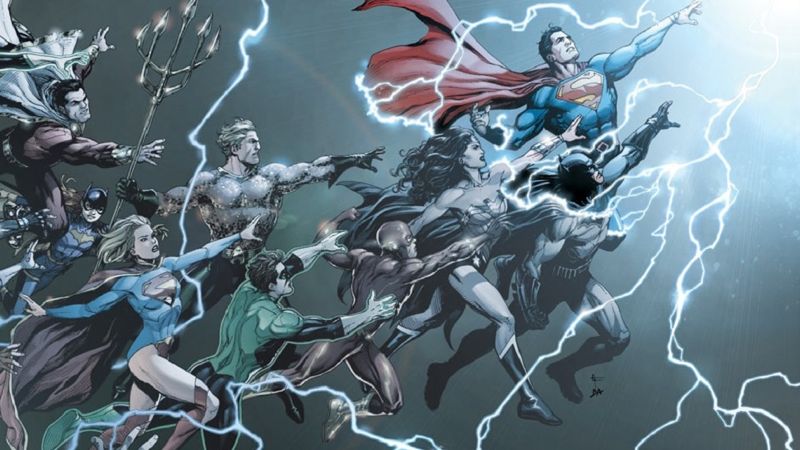 Don’t call it a reboot, but DC Comics is shaking up its universe again with its “Rebirth” initiative. It all starts this Wednesday, May 25, with the release of an 80-page, one-shot Rebirth special. Subsequently, DC revamps its line with 31 titles, most of which are being re-numbered to issue number 1. Several of these books are being preceded by one-off Rebirth prologues of their own. As a preview of what’s coming, and because I’m getting ready for DC Comics’ REBIRTH, here are a few of the Rebirth titles I’ll be picking up at my local shop when they are released.

Detective Comics (twice monthly starting June 8) — If you count the two Green Lantern titles, there are nine team books in the “DC Rebirth” lineup. This is the one that intrigues me the most. The lineup? Tim Drake, Stephanie Brown, Cassandra Cain and… Clayface. Yes, that Clayface. Also, both Detective Comics and Action Comics are going back to their pre-New 52 numbering.

Wonder Woman (twice monthly starting June 8) — Despite her long and lasting legacy in DC, Wonder Woman seems to get the short shrift much of the time. With a movie coming out soon, though, that’s got to change. This is a twice-monthly book but it’s going to alternate between two different storylines.

Harley Quinn (twice monthly starting August 3) — Harley feels like she’s quite over-exposed these days, and it’s going to get worse once the Suicide Squad movie drops later this year. But I have faith in the husband/wife creative team of Jimmy Palmiotti and Amanda Conner to do good work here.

All Star Batman (twice monthly starting August 3) — The DC previews for this book describe it as a mix between The Defiant Ones and Mad Max: Fury Road. Throw in that it’s being written by Scott Snyder, who’s done amazing work on the main Batman title since the New 52, and I am completely sold.

DC claims that Rebirth will connect the current universe with much of the older continuity that was lost with the New 52 reboot. Sounds like a challenge, especially considering that Marvel has always had the edge over DC when it comes to shared world-building.

I’ll be reading to see if DC can pull off this ambitious endeavor, or if it’s going to flame out.