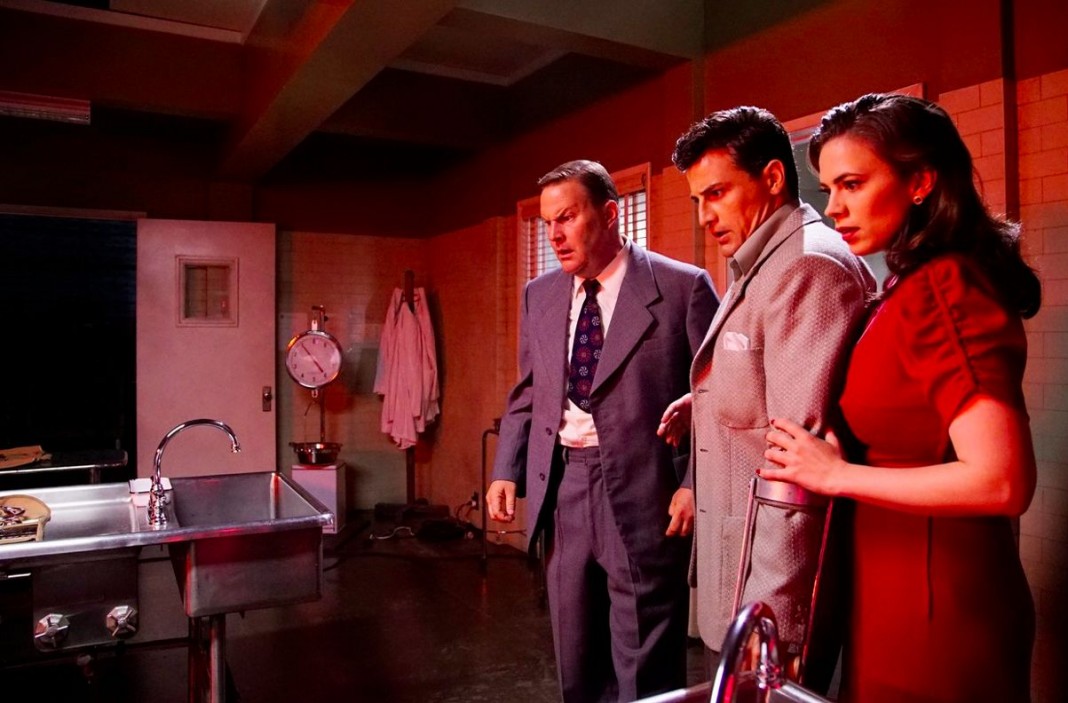 Check out Our Review [WITH SPOILERS] of Agent Carter Season 2 Episode 1!

Familiar friends… similar situations… all set in a new location.  Marvel’s Agent Carter is back and it appears she hasn’t missed a beat.

Season 2 of Agent Carter takes us right back to where Season 1 left off, with Peggy chasing down her former neighbor (and covert Russian assassin) Dottie Underwood. Following a Strategic Scientific Reserve (or simply S.S.R.) sting, Peggy gets her girl… but before she gets to complete her interrogation, Carter gets some life changing news: she’s heading to Los Angeles.

We’ve known for months that Agent Carter Season 2 would take our femme fatale to Hollywood, however, we now know why she made the cross country trip: murder.  In the midst of a heatwave… a body is found frozen in an L.A. lake. Local cops think it’s a resurgence in their “Lady in the Lake” murders (think of it like Marvel’s version of the Black Dahlia murders)… but the S.S.R. gets called in to help unravel this mystery. When new on the job S.S.R. L.A. Bureau Chief, Daniel Souza (you remember him as Carter’s love interest from Season 1), gets overwhelmed, he calls the New York office for help and in return they send in the one and only Agent Carter.

As soon as Carter arrives in L.A., she gets treated with a familiar face: Edwin Jarvis.  He has relocated to Hollywood to take care of Howard Stark’s west coast mansion, all while Stark is taking on his new role as head of Stark Movie Studio (and boy does this season really drive home the Hollywood/movie connections). Inside the residence, we get a look at Mrs. Jarvis, Edwin’s wife, who also has a penchant for creating spy tech. It appears the Jarvis’ will play an important role assisting Carter this season.

Now this season gives us things we’ve previously seen in Marvel television shows. There’s a mysterious organization (who all wear pins that have a logo similar to the old Hydra logo’s we saw in Agent’s of Shield), and a possible alien or interdimensional object, this time called Zero Matter. It’s discovered during atomic testing that causes mass destruction when disturbed. Also, the FBI shows up, and there’s something shady about Kurtwood Smith’s new role of Vernon Masters. But lets talk about what’s new.

What really sets Agent Carter apart from previous Marvel programming is its location. They don’t just create 1940’s Hollywood, they immerse the entire show in it; the new S.S.R. location is hidden inside a fake talent agency (keep that motion picture connection strong).  Main scenes take place at horse tracks, with patrons decked out in retro garb. Every car on the road is a classic. Every location takes you back to a time when Hollywood was, in fact, “Tinsel Town,” but that’s not the only thing they captured.

Everything isn’t perfect. This is still a TV show set in 1947 and it deals with issues from those times. That includes racism towards Dr. Jason Wilkes, a new character and possible romantic interest for Peggy Carter. As an African-American, you think he would be welcomed everywhere he went considering he was a top scientist at Isodyne, a shady tech company in possession of the Zero Matter. However, that didn’t stop a shop owner from questioning his relationship with Carter. You have to give Marvel a hand for not putting rose colored glasses on racism during that time, and hopefully they continue to bring the issue to the forefront as the season progresses.

Lastly, where would our heroine Carter be without a new antagonist? So, say hello to Whitney Frost. An aging actress and wife of Isodyne C.E.O. Calvin Chadwick (who belongs to that shady organization with the hydra-like pins), Frost seems to have immense knowledge of Zero Matter and will do whatever it takes to stay at the top of Hollywood’s high society.  Now Whitney Frost isn’t new to the Marvel world; in the comics she was known as Madame Masque and has a history with the Stark family, so expect her to have plenty more interactions with both Peggy and Howard. Also, don’t forget about ol’ Russian spy Dottie Underwood; she seemed to have unfinished business with our friend Carter.

So are we all caught up now? Season 2 of Agent Carter seems to have all the tools that made Season 1 a hit. Also, with its mysterious objects and shady organizations, this season could have a stronger connection with ABC’s other Marvel property, Agents of Shield. All I know it that this was the perfect way to start Agent Carter’s Hollywood adventure and I can’t wait to see how this season unfolds. 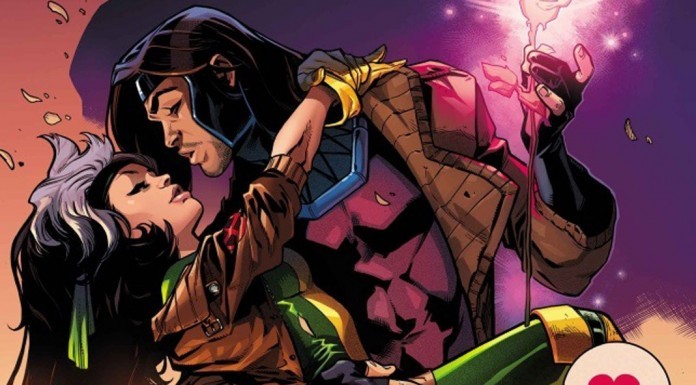 Super or Not? A ‘Powerless’ Season 1 Episode 3 Review: “Sinking Day”