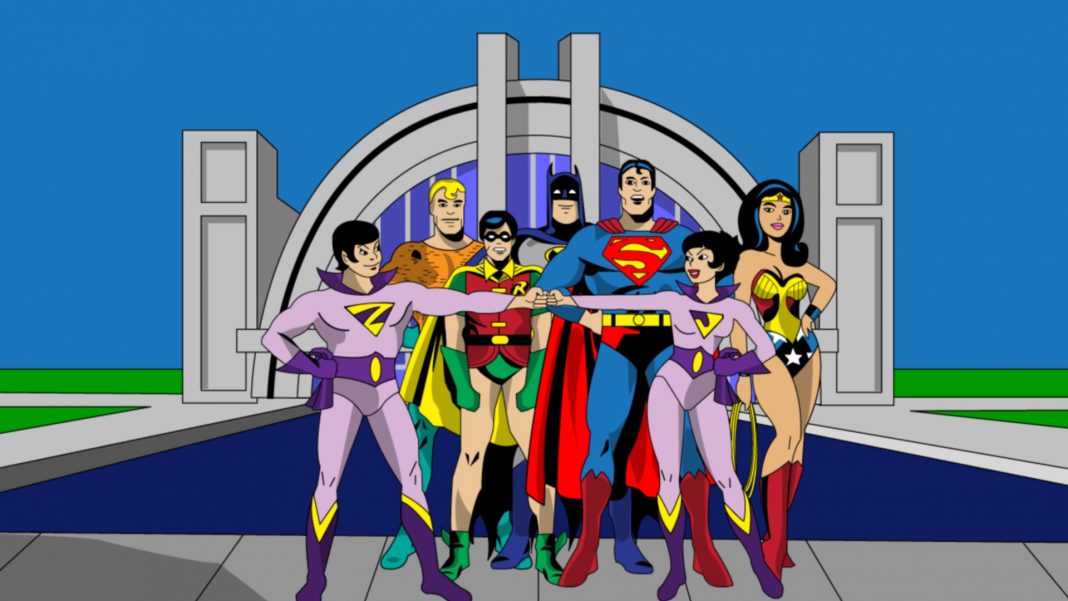 The wonderful world of animation has given superhero fans many amazing shows. Whether it’s about their favorite characters or even introducing them to some new favorites, we’ve truly been blessed to have so many great superhero shows…but there are always two sides to every coin. While we are lucky that most of the superhero shows we’ve gotten are good, there have also been a few stinkers along the way. Some may be weak follow-ups to beloved series and some may just fail to capture that essential spirit of heroes and villains. Regardless, they’re just not very good. So, prepare for trouble as we take a look at the 6 Worst Superhero Cartoons.

(P.S-  Feel  like watching some better examples of animation? Then be sure to check out our list of “The 10 Greatest Superhero Cartoon Shows”!)

You know what’s awesome? Marvel! You know what else is awesome? Anime!  So it seems like combining them would be a match made in heaven, right?? Well…not quite. For a little while Marvel had a stream of anime series that were pretty hit and miss (though I highly recommend the X-Men anime). While Marvel Disk Wars was nearly on this list for its silly Pokémon-inspired premise, Wolverine made it here for wasting its potential.

The series follows our favorite clawed mutant as he fights through Japan to save his long lost love. At first this sounds like it’d be a great series, but there was a major, recurring problem: because most of Logan’s enemies were normal people, they had to make excuses for why Wolverine couldn’t just tear through everyone instantly. The result was an anime that seemed very drawn out and boring, with poor Wolvie getting beaten by non-threatening villains for most of the time; it just made him seem kind of lame. On the up-side it was mercifully short, but I’d be lying if I said it wasn’t a challenge to get through all twelve episodes.

Behold the show that turned Aquaman into a walking punch line! Let’s just be honest right here; this one is super-campy, but unfortunately it’s still a pretty bad show. The series follows the Super Friends (which are like the Justice League, but not nearly as good) as they protect the world from evil. Problem is, they’re kind of bad at it. A lot of the time all our heroes (yes even Batman, Superman, and Wonder Woman) are very easily tricked, taken out of the fight, or need to be rescued by their teammates. That’s already pretty dumb, but the worst part of this show is the annoying sidekicks. You either had Marvin, Wendy, and Wonderdog (who were like rejected Scooby-Doo characters), or the Wonder Twins (who were just as worthless as Aquaman was), so pick your poison. As dumb as this show was though…I actually recommend it. It’s just one of those things that is so silly it’s more fun just to watch and riff on with friends. While it is still remembered to this day, there are definitely better DC cartoons out there.

With the massive success of the Avengers movie, Marvel was desperate to put out an animated series that closely resembled the movie. Unfortunately, this meant the cancellation of the widely beloved Avengers: Earth’s Mightiest Heroes so that Avengers Assemble could quickly replace it. The result? Well, let me ask you this: have you ever wanted to see an episode where Falcon’s mom comes to visit and he has to cover up that he’s an Avenger in the most sitcom-like way possible? No? Well good, that’s the normal reaction. The problem with Avengers Assemble is that it lacks the essence of the comics, the previous show, and the movies themselves. The characters all seem like watered-down versions of themselves; the humor is painful; the episodes lack tension and, much like Super Friends, the Avengers are often taken down easily. Honestly, it’s embarrassing to watch. Lacking character depth, engaging stories, or really anything that made the Avengers a hit, Avengers Assemble will only entertain young kids at best.

Some of you may remember a little show on Cartoon Network called The Powerpuff Girls. It was funny, action-packed, and had a very clever approach to the superhero genre. It was cancelled in 2005, but years later it was finally brought back! Unfortunately, what it had become made fans wish it was still cancelled. While this may be the most recent entry on this list, it doesn’t mean this reboot is without loads of problems.

While most of the voice cast was brought back, the original voice actresses for the girls themselves were recast and, while it’s clear the new voices were trying their hardest, you just can’t beat the originals. The animation was also downgraded to a much softer look with slower movement, which didn’t help the action scenes at all. This produced tons of animation errors (particularly perspective shots), which made it appear as if lazily handled. The worst part is the comedy, which seems to be focused on trying to make the show hip and modern, but it fails miserably. It’s like the writers got into a boardroom and said, “Okay, what’re kids into these days? Oh, I know! Twerking, modern slang, and internet memes!” Sadly it will most likely age the show poorly as time goes on. It’s clear the show wanted to reignite nostalgia while being like other popular shows on the channel (such as Adventure Time and Steven Universe), but instead it’s just a mess that’s missing the same heart the original had. It’s just sad to see a quality cartoon like The Powerpuff Girls be reduced to this.

When there’s trouble…call someone else, because these Titans are not good superheroes. For what seemed like the longest time, Teen Titans fans hoped for a revival of the widely beloved show…but then this show was released and suddenly that hope turned to disappointment. Remember the great humor, the likable characters, and all those deep moments from the last series? Well, chuck all those out the window because this show is nothing like the original! Instead this show is a comedy, which would be just fine if any of the jokes were actually funny.

The episodes themselves are just a chore to watch with plots that make no sense and backwards morals like “loving your garbage is important,” or “being a vegetarian could make you evil,” all for the sake of these bad jokes. The problem is this humor doesn’t work because it’s either silly randomness that has no straight-man to react to it, or just mean spirited for the sake of being mean spirited. It seems the writers try just about anything and everything to get a laugh and it always backfires. By far the characters are the worst part of this show. Instead of these different, interesting personalities interacting with each other, all the characters have been reduced to idiots, jerks, walking stereotypes, or complete psychopaths who’ll do anything but fight crime (sometimes they even commit it). They only seem to drag the good name of the Titans through the mud.

If there’s one good thing to say about this series it’s that the amazing voice cast came back to reprise their roles, but they can’t save this train wreck of a cartoon. With unlikable characters, unfunny humor, and cheap animation, Teen Titans GO fails to be a decent comedy or a superhero show. Teen Titans go…and never come back!!

Earth, fire, wind, water, heart! With your powers combined…this show is lame! There were a lot of kids back in the day that actually watched Captain Planet, but for the life of me I don’t know anyone who actually, genuinely liked it and maybe there’s a good reason for that. Captain Planet and the Planeteers was about five kids who were given rings that gave them the power of the elements (and also “heart” for some reason). They were tasked with fighting anything hurting the environment, and when the going got tough they would combine their powers to summon the superhero, Captain Planet. Despite the good intentions, Captain Planet was pretty uninteresting.

Firstly the Planeteers were kind of useless by themselves and always needed to call up Captain Planet, who would actually need to be rescued because his main weakness was pollution…and that’s everywhere!

The dialogue was pretty cheesy too, especially Captain Planet’s since he would only speak in puns. The characters were one-note, the villains (whose names were all puns, too) were evil just because, and the heroes never really showed any character outside their basic personalities.

The show made it sound like only evil people polluted and that nobody was a victim of circumstance. But if you thought they only failed to apply morality to environmental problems, you need to watch the episodes where they tried to tackle heavy issues like overpopulation, gang violence, and drug abuse. Yep, they failed again to give a decent point of view or find morals to these issues. All and all Captain Planet and the Planeteers was a goofy show with a lame superhero and terribly produced episodes. Let’s make like a tree and leave this show in the recycle been.

What do you think is the worst animated superhero show? Did I miss one? Let me know what you think below!