Home COMICS The Darkhold – Getting to Know the Book of Sins 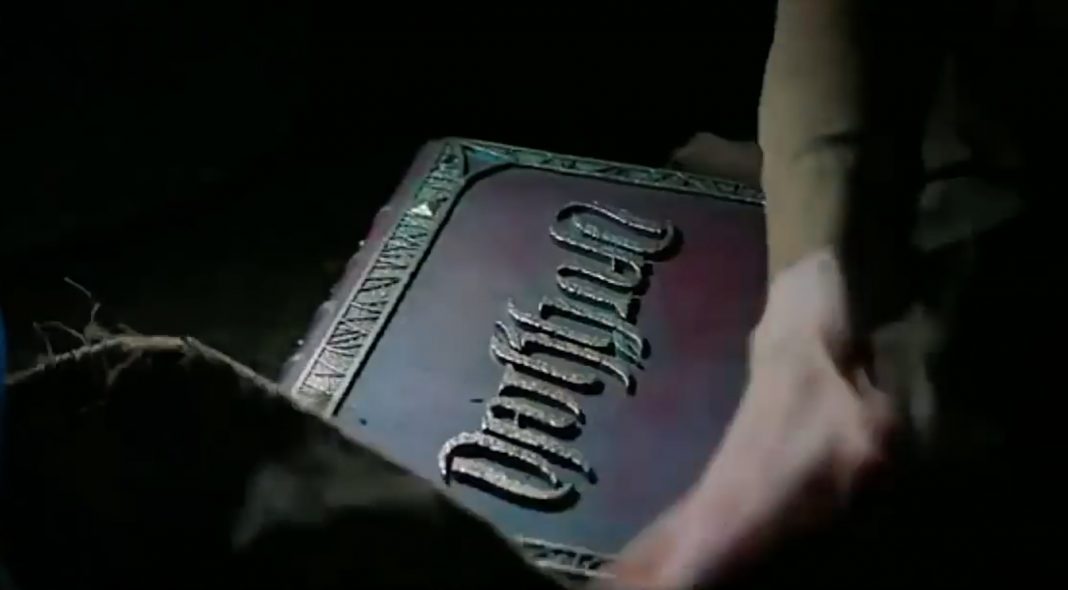 A few weeks ago, Agents of SHIELD very casually dropped a major magic bomb right in the center of the MCU. That bomb was the Darkhold and its presence in the MCU is no small matter.

For those of you unfamiliar, the Darkhold, also known as The Book of Sins, is an ancient grimoire responsible for all kinds of darkness in Marvel Comics. In fact, it has been a part of the Marvel Comics-verse since 1972.

So far on Agents of SHIELD, the Darkhold has been vaguely linked to Ghost Rider. It has also been shown to have alchemical properties, but the evil of the Darkhold goes much deeper than that. Let’s see what else its capable of in the wrong hands.

In Marvel Comics, the Darkhold was created by a demonic elder god named Chthon. Chthon was Earth’s first practitioner of black magic, so you can imagine what kind of spells he wrote in his book. Chthon would be an interesting character to introduce into the MCU as his dark magic was, at one time, a big piece of the origins of Scarlet Witch. She was possessed by Chthon and it took the combined might of the Avengers and Modred the Mystic to stop Chthon and free Scarlet Witch. If they are looking for their next big bad for the MCU, Chthon and all of his black magic could be an interesting way to go.

One of the many spells in the Darkhold is the Vampiric Verses which were used to create the first vampire in the Marvel Universe before the fall of Atlantis. It also contained the Montesi Formula which could destroy all vampires. For a long time, Dracula was a large part of the Marvel Universe, going so far as to infect Storm with vampirism.

Doctor Strange used the aforementioned Montesi Formula to eradicate the vampires in the Marvel Universe. Now that we have the good Doctor in the MCU, could we also see vampires, perhaps even Dracula make an appearance? Could we have the Montesi War as the Doctor and his allies strive to stop the plague of vampirism? That could be fun.

The Darkhold was also responsible for the werewolf curse that infected the Russoff clan and led to the well-loved character of Werewolf by Night. Why not add werewolves to the MCU as well? Perhaps the Defenders could eventually evolve into the non-team they were and position themselves to take on the things that go bump in the night. Blade is back in the fold. Moon Knight is primed for a Netflix show. The Darkhold works for all of them.

Of course, my big question at the moment is why isn’t the Darkhold in the Ancient One’s library where it would be safeguarded by Wong rather than buried in Johnny Blazes’ root cellar? Perhaps Agents of SHIELD will start explaining some of this.

There you have it. The Darkhold is more than a chemistry book. It is actually an opening into a much larger MCU should they decide to take it.