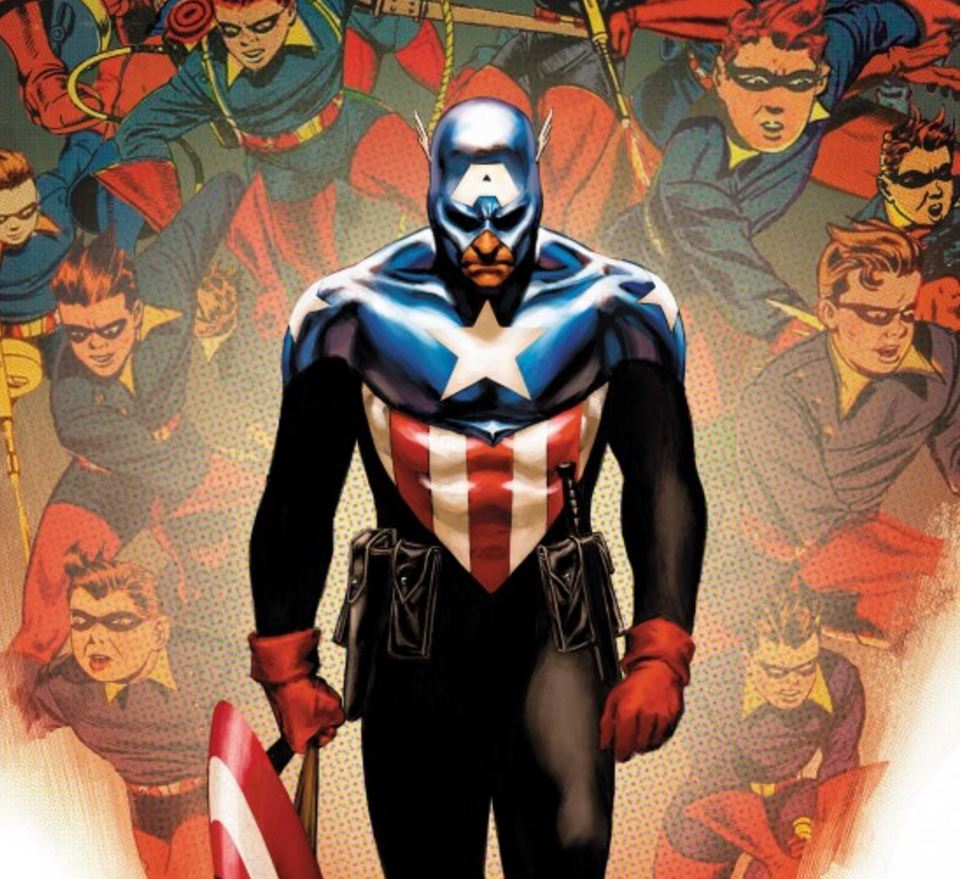 When we last saw Bucky Barnes, aka Bucky, aka the Winter Soldier, he lost his cybernetic arm during a debilitating argument with the likes of Iron Man and his landscape-leveling uni-beam. Yes, we know he survived — although shy one particularly grabby implement of the Cold War — but he demanded cryostasis due to his volatile psychological programming. We know Barnes is coming back for Avengers: Infinity War, but his allegiance is always questionable, as is his capacity considering his severe lack of a second elbow. Basically, I’m telling you we have no clue regarding the further adventures of Bucky Barnes.

But…if you’re a rabid comic book reader like myself, you’re very aware a relatively realigned Bucky took the mantle of Captain America for a time after Steve Rogers’ presumed death. Will this particular narrative translate to the MCU? Will Captain America perish during Infinity War, a loss that drives his glitchy, soviet-inclined war buddy to honor his fallen comrade by picking up the likeness of his legacy?

Well, we’re not sure which way Bucky’s narrative will turn, but the following post straight from Stan’s Instagam account implies his brush with the weaponized discuss assigned to any and all Captain America-persons. OBSERVE!

“Excuse me…where’s the restroom?” A big thank you and shout out to Casey McBroom @shield_labs for making this for me. Will come in handy… #wintersoldier #marvel

What’s interesting here are the aesthetics of this particular shield; it’s a segmented silver adorned with the red, Russian star, very much like a certain segmented, similarly starred arm.

So, what do you think? Will Cap “die” during Infinity War? Will Bucky — in his own, unique way — continue the legacy of Captain America after he dies (maybe) in Infinity War?