Home TV Editorials The Many Villains of Supergirl! 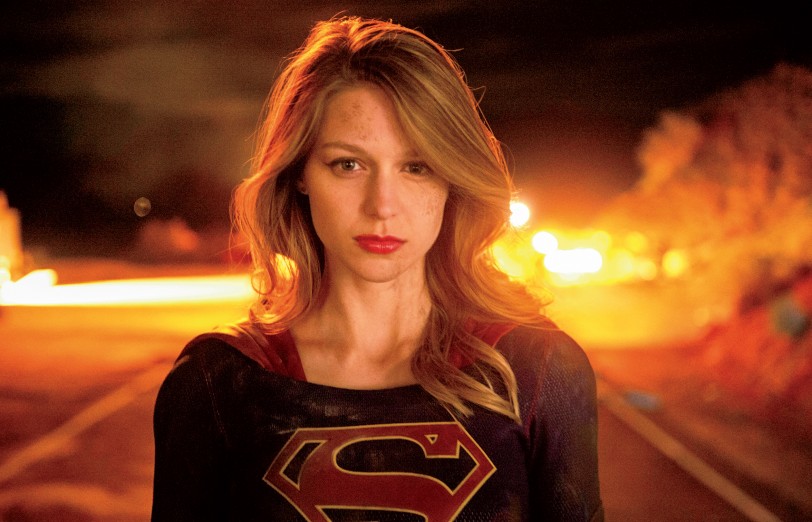 Every episode of CBS’s Supergirl seems to delve deep into DC Comic’s history to find some awesome villain to face off against Kara Danvers. Some of these villains are true obscure gems while others are pretty major parts of DC lore. So, join us as we take a look at the villains, freaks, aliens, and even some heroes that have gone up against Krypton’s favorite daughter on Supergirl.

On CBS’s Supergirl, Vartox was the first super-powered foe Kara faced. Where Vartox lacked in character development, he made up for in raw power and pushed Supergirl’s powers to the limit. In the comics, there is not much history between Supergirl and Vartox. In fact, Vartox did not start off as a villain at all. The alien being known as Vartox began his career in the mid-Bronze Age and was a super-powered friend and sometimes rival for the affections of one Lana Lang. On Supergirl, Vartox was a bad-ass giant who wielded an ax. In in the comics, Vartox was a powerful alien who wielded a porn mustache. One cannot discuss Vartox without mentioning the character’s similarity to Sean Connery’s character in the wonderfully strange sci-fi film “Zardoz.” Just compare the two- man, that’s a lot of package.

Anyway, Vartox arrived on Earth and became pals with Superman. Vartox was portrayed as a far more experienced hero than Superman and Kal-El kind of looked up to the older hero. Vartox was possessed by nefarious forces a number of times and proved a great challenge to Superman. Plus, Vartox had more chest hair than other Superman foe or supporting character-this is fact.

Vartox made very few post-Crisis appearances but became a semi-major villain in the modern day Power Girl series. In this memorable appearance, Vartox maintained his original uniform, ‘stache’, package and all, and tried to mate with Power Girl. You see, every woman on his planet was rendered barren by a contraceptive bomb, and Vartox needed a worthy mate. As many comic fans know, Power Girl is the Earth 2 version of Supergirl, so one can say that the Vartox Supergirl connection began in these issues of Power Girl. This rivalry carried over into the New 52 as Power Girl and Harley Quinn recently had to take on the very 70s threat of the tongue and cheek classic Vartox. In these issues, Vartox was represented as the ultimate misogynist and was a great foil for Power Girl because, boob window aside, Power Girl has always been portrayed as somewhat of a feminist.

The comic book Vartox and his little undies did not really carry over onto TV and into CBS’s Supergirl, but the Vartox Kara fought in her pilot episode was kind of a misogynistic dick so he did share some DNA with the modern day comic Vartox. Truth be told, this Bronze Age baby does kind of miss Superman palling around with some dude with a window’s peak and hairy legs. Thankfully, TV”s Vartox has the decency to cover up because he last thing modern day comic TV needs is some hairy dude in bikini briefs.

First Appearance: The Brave and the Bold Vol. 1 #80 (November 1968)
Created by Bob Haney and Neal Adams

And you thought Vartox was a deep dive. The Hellgrammite only had one post-Crisis DC Universe appearance, and in it, this bug-like alien didn’t get anywhere close to a member of Superman’s extended family. The Hellgrammite’s first foes were the odd team of Batman and the Creeper, and once this incongruous pair of vigilante’s squashed the Hellgrammite like the bug he is, the Hellgrammite checked into a roach motel and never checked out.

Hellgie here popped up again post-Crisis and this time, he was a member of Superman’s rouges gallery. In his first appearance, the buggie bastich tried to kill presidential candidate Lex Luthor. After that, Hellgrammite became a minor Superman foe so his insertion into CBS’s Supergirl was not all that strange. But remember, Hellgrammite wasn’t taken down by Supergirl, he was swatted by Alex Danvers, so props to the DEO’s most kick ass lady for squashing this insect menace.

Finally, we have a legit Supergirl foe on our list. Reactron first appeared in the early 80s and unlike many of Supergirl’s villains, there was a sense of menace about this nuclear powered ne’er do well. The original Reactron was named Ben Krullen. Krullen served in Vietnam and, after he massacred an entire village, was somehow transformed into a deadly being with radioactive powers. It took the combined might of the Doom Patrol and Supergirl to take him down and if the Doom Patrol ever appears on CBS’s Supergirl, I might pee a little. Reactron returned post-Crisis and this time, he took on the Doom Patrol and Power Girl. The villain didn’t have much of a half-life and laid dormant for decades until he surfaced in the 2000s. Powered by a chunk of Gold Kryptonite and teaming with Metallo, this Reactron was a true menace and pushed Superman to his limit.

The Reactron that appeared recently on CBS was very much modeled after this 2000s version of the radioactive villain. His last appearance was in the “Blackest Night” storyline where Supergirl fought a zombie Black Lantern version of the villain. In truth, it was pretty badass and so was the villain’s first TV appearance.

Live Wire is one of many additions to Superman lore that did not first appear in the comics. The idea of Kryptonite and the character of Jimmy Olsen, a name near and dear to Supergirl fans, both appeared on the Superman radio drama. Well, Live Wire followed this other media tradition as she first appeared on Superman: The Animated Series. Created by the great Bruce Timm, Live Wire was Superman’s answer to Harley Quinn, a chaos causing bad girl who was not afraid to challenge one of the world’s greatest heroes. Like she was portrayed on Supergirl, the animated Live Wire was a foul mouthed shock jock who used her scathing humor and mean spirited ideals to take Superman down a peg. The animated Live Wire was voiced by Lori Petty and soon, this electrifying menace became a prominent member of Superman’s most wanted list after her first animated appearance.

It wasn’t long before Live Wire was transitioned into the pages of DC Comics. Her first appearance was in the animated series inspired Superman Adventures, but Live Wire entered the DCU proper thanks to the creative team of Gail Simone and John Byrne, who, in Action Comics, introduced this potty-mouthed menace into the mainstream DC Universe. From there, Live Wire fought many of DC’s finest and has transitioned into the New 52 reality. But it was in Supergirl where mainstream audiences got to see DC’s most dangerous DJ take Supergirl to the limit, and truly, Live Wire’s nasty attitude made her a perfect foe for the pure of heart Supergirl.


And now we come to the part of the list where the villains aren’t, well, villains. Red Tornado here has long been a member of the Justice League of America. The JLA’s resident robot was first introduced in the late 60s and (pay attention Flash fans) was actually a resident of DC’s Earth 2. Like in Supergirl, Red Tornado was built by T.O. Morrow to be an engine of destruction. As an agent of Morrow, Tornado fought both the Justice Society of America and the Justice League until he turned on his creator. Accepted as a member of the JSA, the Tornado fought side by side with DC’s original heroes on the parallel Earth until he crossed over to Earth 1 and became a member of the JLA. There, Red Tornado found his greatest degree of popularity and exposure.

On Earth 1, Tornado adopted the identity of John Smith to learn what it meant to be human. He even adopted a young girl named Traya and went on many legendary adventurers with his JLA comrades. Post Crisis, the Red Tornado took the role as Earth’s air elemental. In this era, his finest hour was when he became the mentor to a team of young heroes known as Young Justice. Red Tornado truly deserves a spotlight article of his own but for our purposes, we will just make it clear that, like in Supergirl, the Red Tornado started off as a tool of his creator but, when he broke free from Morrow’s control, the Red Tornado became one of the greatest champions to ever join the ranks of the JLA. Let us hope that we can witness something akin to this heroic transformation in future episodes of  Supergirl.

Writer Greg Potter reportedly conceived Jemm as a relative of sorts to J’onn J’onzz, the Martian Manhunter. Considering that the revealed J’onzz made his first Supergirl appearance in the same episode that introduced Jemm, this little Jemm factoid is pretty ironic. In the comics, Jemm was a hero who came to Earth in search of his lost lover. Jemm befriended a young African America boy named Luther and had a number of adventures on Earth. Jemm did take a villainous turn when he was mind controlled and compelled to join Lex Luthor’s Injustice Gang, but J’onzz helped free Jemm from Luthor’s control and the two became staunch allies. Ironically, it was J’onzz who killed Jemm on Supergirl. It seems like these two similar characters are forever linked but this time, Jemm took the villainous role in order to help usher J’onzz into the TV spotlight on Supergirl.

And now, back to the villains, and what a villain! The Phantom Zone criminals have been around for decades, so it is amazing that Non, one of the most iconic of all the many Zone killers, made his first comic appearance in 2007. Of course, in the mid-winter finale of Supergirl, Non was revealed as the megalomaniacal husband of Supergirl’s Aunt Astra, but this Phantom Zone criminal made his debut in the original Superman film.

Non was an unforgettable, brutish thug played by Jack O’Halloran. He possessed immense strength and was more than a physical match for Superman. Thankfully for the Man of Steel, the film Non was a nearly lobotomized mute who was one of Zod’s greatest weapons. Sadly for Kara Danvers, it seems like TV’s Non has the brawn and the brains to take on the Girl of Steel. In 2007, in the pages of DC Comics, Non was given an origin. It turned out that Non was once the mentor of Zod and Ursa, the other two iconic Phantom Zone film villains. When Non spoke out against the government of Krypton and tried to warn the people that the planet would soon explode, Non was lobotomized as punishment. This vicious corporal punishment inspired Non and Ursa to become the vicious killers of Superman lore. This rebellious Non seems to be the template for the Non that was revealed this week on Supergirl. Where there is Non, can a TV version of Zod and Ursa be far behind? We will find out when Supergirl resumes in 2016. 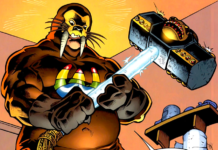 Five of the Worst Supervillain Costumes 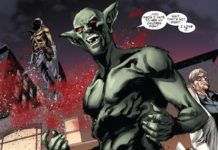 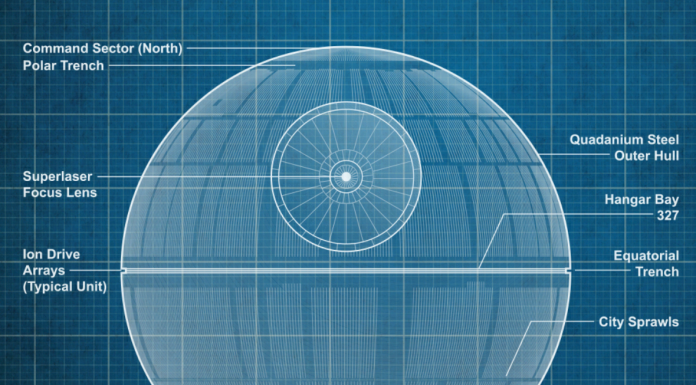 What Does This Infinity War Photo Mean!?! [3 Theories]

The Flash Movie Has Its Director

Has Stallone’s GOTG Role Been Revealed?

Eight of the Most Controversial Moments in Comics