Home COMICS Biographies Who is Moon Knight, and Why Is He Ready for the MCU? 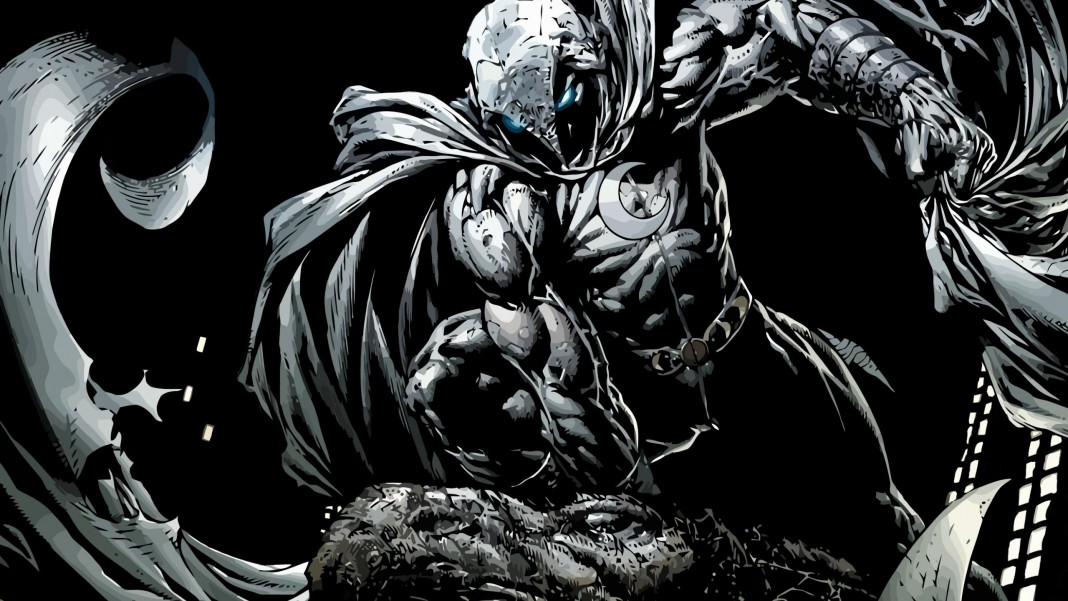 Like many of the Marvel heroes we have seen grace our computer and TV screens through both Marvel’s Daredevil and Marvel’s Jessica Jones on Netflix, Moon Knight is generally a local, street-level crime fighter in New York and later in Los Angeles. However, he has had various affiliations with larger teams such as the West Coast Avengers and the Secret Avengers, but in the decades of Marvel Comics that have been published, who hasn’t worked with the Avengers before? Moon Knight is hardly the first or the last to do so.

Given his history as a mercenary, he is used to working with a team or working alone. However, for our “Who is Moon Knight” article, we turn our focus not to teamwork but to the man behind the hood, Marc Spector. Just who is he? Where did he come from? And why does The Source, along with many others, believe that Moon Knight deserves his own, special spot in the Marvel Cinematic Universe?

Moon Knight first appeared in Marvel’s Werewolf By Night #32 in August of 1975, written by Doug Moench. In the issue, the Committee, a criminal enterprise, hires mercenary Marc Spector to capture the titular werewolf. They not only provide Spector with the name Moon Knight, but also the white, hooded costume and various gadgets. However, this origin was tweaked later on, allowing the character to have a proper origin as opposed to being given the identity of Moon Knight from criminals.

Marc Spector was born in Chicago Illinois and grew up to be a heavyweight boxer, a Marine, and finally a mercenary. However, his life changed forever in the story that unfolds in 1980’s Moon Knight #1, written again by Doug Moench. The reader gets a glimpse into Spector’s past and finds him working in Egypt for Bushman, one of his soon-to-be greatest foes. After Bushman steals artifacts and orders the executions of innocent villagers, Spector cracks and attacks him. However, the massive Bushman takes him out with one punch and has him taken into the middle of the desert. Spector walks all day in the heat without food or water and eventually collapses. Later, some locals find his body and carry him into the tomb of Pharaoh Seti and lay him before the statue of Khonshu, the god of the moon and vengeance. Khonshu gives Spector a second chance at life on the condition that he becomes his avatar on Earth, to which Spector agrees. He immediately rises, throws on the idol’s cloak and starts his journey as Moon Knight, the fist of Khonshu.

Back in the United States, Spector becomes a crime fighter with multiple aliases, which separates him from every other comic book hero. While most heroes struggle between maintaining two separate identities, such as Spider-Man/Peter Parker and Batman/Bruce Wayne, Marc Spector maintains four: himself, a millionaire named Steven Grant, a cab driver named Jake Lockley, and of course Moon Knight. Each identity proves to be valuable to his crime fighting. First and perhaps most importantly, they all distance himself from his past as a mercenary. As Steven Grant, he acquires a lavish estate and can secretly fund his heroism, and as Jake Lockley, he can stay close to the streets and keep in contact with criminals as well as informative allies, making him a more effective crime fighter as Moon Knight.

However, what makes Moon Knight even more unique as a character is the fact that these multiple aliases turn out to be his multiple personalities; this makes the character even more unique than he already was, giving writers an abundance of story-telling possibilities. In the last thirty years, writers have explored these seemingly infinite possibilities with Spector’s multiple personalities. Some of the highlights include Jake Lockley becoming the dominant personality, Spector’s multiple personalities taking the form of Wolverine, Spider-Man, and Captain America, and Spector developing an Iron Man personality. However, in his most recent series, Moon Knight has developed yet another identity. During his crime fighting he uses two separate costumes and names. When fighting for Khonshu and fighting supernatural elements, he is still Moon Knight, but when fighting criminals to assist the police, he is Mr. Knight, wearing an all-white suit without the cloak.

If you are not already convinced by his origin and a short glimpse at some of his psychologically thrilling adventures, let me convince you a bit more on why Moon Knight should be getting his own Netflix series in the Marvel Cinematic Universe (MCU). As we have seen in both Marvel’s Daredevil and Marvel’s Jessica Jones, the Netflix universe is darker than the movie universe, despite their connections to each other. Moon Knight, as a former mercenary and a sufferer from dissociative identity disorder (multiple personalities), would fit better on Netflix because of the ability to go darker along with his history comprising mostly of solo, street crime-related adventures. Imagine watching him struggle with his identities throughout the season, possibly not even knowing which one is dominant at any given time. The show could be a mystery not only for Spector but for the viewer as well, wondering who he is and how it will guide him.

Additionally, the viewer could explore different parts of the MCU. In Marvel’s Daredevil and Marvel’s Jessica Jones, the viewer was mostly confined to Hell’s Kitchen, but Moon Knight could build off of Hell’s Kitchen with Jake Lockley and take the viewer into richer parts of New York as Steven Grant. However, the presence of Marc Spector and his multiple personalities would remain constant, possibly affecting the view of each new environment. For example, I don’t think Steven Grant would enjoy Hell’s Kitchen very much.

However, we must keep in mind what the Netflix universe is building up to: the Defenders. Personally, I think Moon Knight would make a great addition to the team, supposedly comprising of Daredevil, Jessica Jones, Luke Cage, and Iron Fist. Moon Knight could help fund the team with Iron Fist as well as supply gadgets and gear for them, similar to how Tony Stark does for the Avengers. It would also allow for Moon Knight’s comic book stories and relationships in the West Coast Avengers, Secret Avengers, and the Avengers to come to life to a certain extent, allowing him and the other characters to grow. Lastly, he could be the team’s wild card, adding an element of unexpected twists and conflicts from within.

Overall, what you really need to know is that Moon Knight is a psychologically damaged badass unlike any other hero in Marvel’s history. He is so distinctive from the standard superhero that his addition to the Marvel Cinematic Universe would only improve it, making it a richer, more realistic reflection of heroism and humanity. In 2011’s Moon Knight #1, the essence of Moon Knight is captured in a quote when he explains his costume while also defining himself as the fist of Khonshu: “I don’t wear white to hide myself. I wear it, so they’ll see me coming. So they know who it is. ‘Cause when they see white, it doesn’t matter how good a target I am. Their hands shake so bad they couldn’t hit the moon.”