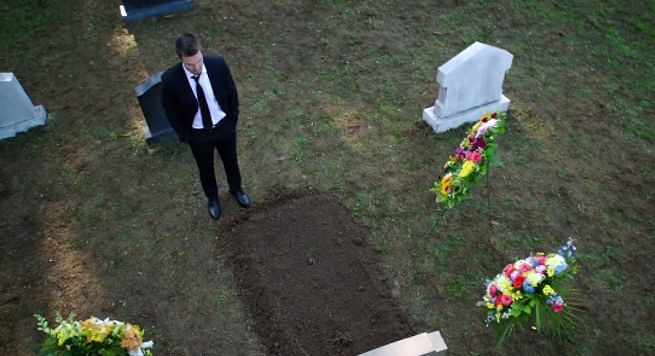 Season four of Arrow has been interesting to say the least. With each new episode new questions appear as Oliver Queen struggles more than ever in his personal life, and with his life as Green Arrow. However, the biggest mystery of this season has remained unanswered, and even though it was introduced early on in a flash-forward, the viewers have barely received any clues to solve it. So, who’s in the grave in Arrow season four?? Well, let’s take a look at a few theories to see if we can answer that question ourselves.

(Spoilers for Arrow Season 4 below)

Now I for one really hope this isn’t true, and I’m sure some of you feel the same, too. After four seasons, Diggle has gone through some compelling character development that has made him a fan-favorite and an important part of Team Arrow. But, if you remember the flash-forward, Oliver did say he would kill the one responsible and only someone who was really close to him could drive him to do that (like his best friend). While all the characters in these theories are close enough to Oliver in some respect, I feel Diggle fits this mold better than the others; he was the first to ever be let in to Oliver’s crime fighting life. So how could this happen? Well, there’s a possibility that his brother Andy could still be loyal to Damien Darhk. Maybe he betrays him and that path leads to John’s death. Like I said, I don’t want that to happen but I can see how it might.

Despite their ups and downs, Oliver and Captain Lance do share a strong bond which explains why Oliver would kill someone if he was murdered. What makes this theory stronger is Lance’s connection with Darhk; after all, he was working with him for a while. In a recent episode, he testified in court and revealed everything to put Darhk behind bars. I’m sure Mr. Darhk is not happy about that. So, maybe Darhk will escape from prison and then kill Captain Lance for betraying him. This would show Star City the cost of double- crossing him. Then again, there are other kinds of revenge Darhk could inflict, which leads me to my next theory.

Poor Laurel has not been one of the most popular characters in Arrow (I myself don’t particularly like her either), but love her or hate her, she has been an important person to Oliver even if they’re not a couple. With that in mind, you can see why her death would make Oliver swear violent revenge. She’s been headstrong, which has cost her in the past, so maybe this time she leaps into a situation she can’t handle. A situation that….kills her. This is possible, but spinning out of the Captain Lance theory, I think the more likely theory is Darhk escaping and killing Laurel to get revenge on Quinton.

The last theory I have is another one I hope is not true, but there are signs that seem to point that way. William, Oliver’s son, was introduced this season and not long ago Darhk and Merlin orchestrated his kidnapping to get to Oliver. With Merlin now working with Darhk – and out for Oliver’s head – what’s stopping him from revealing Green Arrow and Oliver Queen are one and the same? If he knows both his secret identity and the fact he has a son, it could spell doom for poor innocent William. Is Darhk above killing a child? Hard to say, but Darhk’s connections with H.I.V.E. could help him find where William is now and bring him back to Star City just to kill him in front of Oliver. Maybe I’m wrong, but my gut is telling me we haven’t seen last of William just yet.

I mean, they’re just soooo bad this season! Completely unnecessary and adding very little to the story, the flashbacks need to be stuffed into that grave! Okay, I’m kidding, but these flashbacks have gotten more pointless with each season, and so far, these are the worst. Ugh.

So what did you think of my theories? Who do you think is in the grave in Arrow season four? Be sure to let me know below! 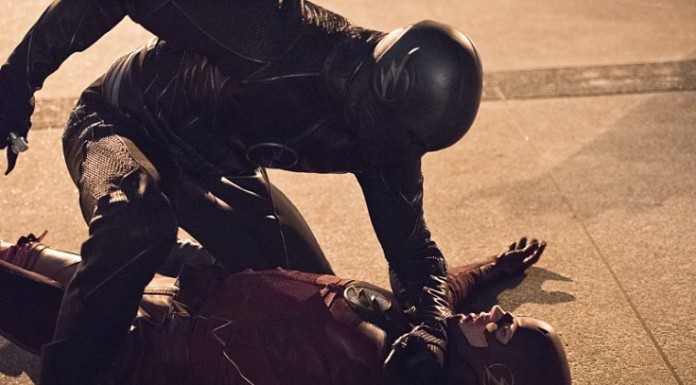