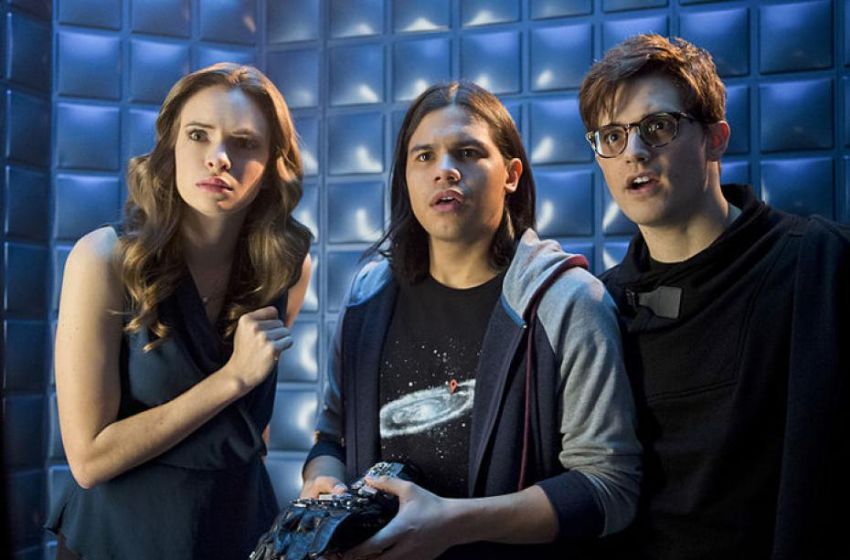 Check out Our Review [WITH SPOILERS] of The Flash Episode 17: “Flash Back.”

The Flash gets “timey-wimey” as Barry Allen races back in time to learn how to get faster by consulting the evil master of speed himself- Eobard Thawne, The Reverse Flash.

So basically, Barry runs back to season one and meets up with all his pals about halfway through the season. Of course, the most important meeting is with the soon-to-be-late Eddie Thawne. Now, I have to say, it’s about damn time the loss of Eddie got some show time. I mean, I know Team Flash has been busy with Zoom and all, but c’mon, a little mention now and again won’t hurt anyone. This led to a sweet moment where future Barry recorded Eddie delivering a birthday message for Iris and played it to her once he got back to the future. Little resonant moments like this are what makes this show so special at times.

But things weren’t all hearts and flowers as a Time Wraith pursued Barry into the past. The speedster had to learn everything he could from the evil Thawne (who was still in the identity of Harrison Wells, remember) while avoiding the Dementor-like Wraith. It was good to see the evil Wells back as there is just something entertaining about the character, and Tom Cavanagh really slipped back into the villain with ease. I must question the logic of Barry’s mission. I mean, he’s willing to risk all of time and space and his own life just to have a tutoring session?

But it seems to all work out as Wells reluctantly provides Barry with a flash drive (get it?) containing all the speed info he needs to rev-up and defeat Zoom. Of course, Wells attacks, imprisons, and tries to kill Barry before that, but it all works out without profound changes to the timeline. 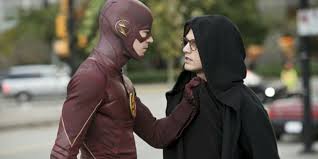 Except for one character, that it is. Hartley Rathaway, the Pied Piper, was just captured when Barry arrived in the past, and he was imprisoned in STAR Labs when the Wraith burst in. Barry saved
Hartley and the Piper returned the favor which did something to the Rogue. When Barry returned to the correct timeline, Hartley was a changed man, an actual ally of Cisco and Kaitlin. It seemed the Pied Piper was thrust into his comic book role of Flash ally and roguish do-gooder, which is all kinds of cool.

So forced logic aside, “Flash Back” is a fun episode of The Flash that should point us towards the season two finish line.

Review- DC’s Legends of Tomorrow Episode 8: “Night of the Hawk”