Are You Ready for Destiny: The Taken King?

Grab your nerd helmet (headphones) and your best buddies for a return to the likes of Destiny’s Tower! After the Dark Below and House of Wolves expansions, Bungie has decided with The Taken King to approach things from the bottom up.

What does that mean for us Guardians of the Light? Well, it means we will no longer be collecting ‘light levels’ to gain in strength… now you simply play and unleash carnage and BAM! Levels for you! Bungie has also completely revamped the loot system with items you’ve already obtained to drop less and items that you need to drop more. I guess they just made the carrot on a stick a wee bit more interesting.

With the leveling change, Bungie has also completely revamped the questing system. For those of us who play it now, the quests can be somewhat anemic but now they’ve gone back and redone EVERYTHING. Unfortunately, that means no more Peter Dinklage but then again he did sound like he ‘phoned it in’ (and I absolutely love that man). I can’t be all that mad because they already removed his most famous line regarding wizards on the moon. That’s even fun to type!

Above, you see the official teaser from Bungie and this expansion is significantly bigger than the ones that came before it. If you fancy yourself a fan of the immensely popular hybrid shooter than you might want to give The Taken King a try come September 15th! 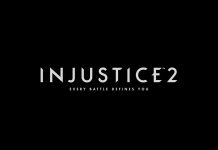