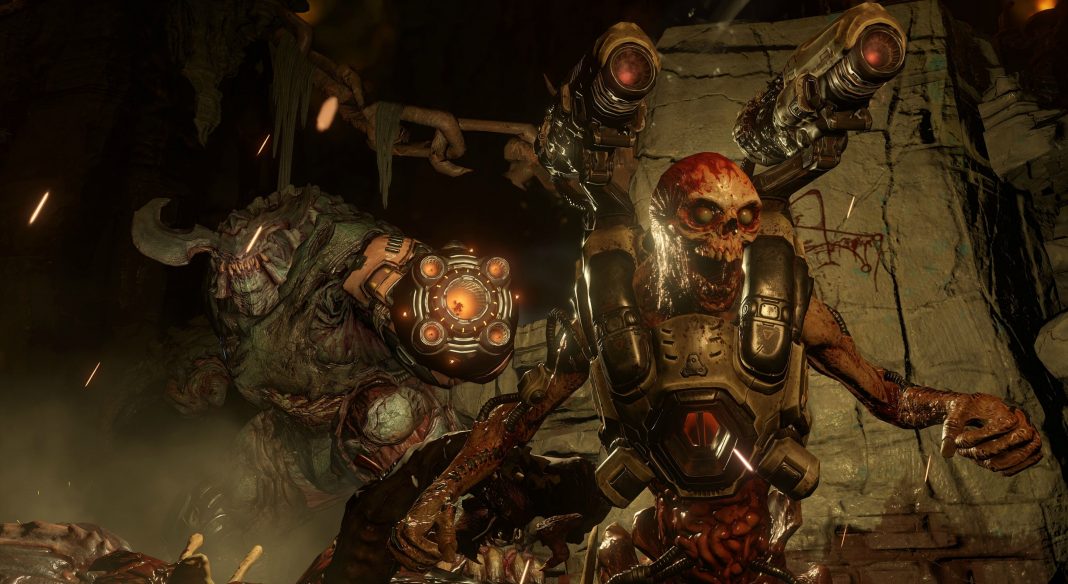 It’s been quite some time since our last Doom game, with that being the highly divisive installment of Doom 3. Doom 3 decided to take the series best known for action packed run and gun and turn it into a slow crawl through a dimly lit science facility on Mars. Not that there was anything particularly wrong with Doom 3 (I rather enjoyed it) but it just seemed different than the original Doom(s). At least we all learned how devastating a Mag-Light can be, right? Joking aside, the real question on everybody’s mind was if this new Doom would be able to live up to the hype and the short answer (TL:DR) of this Doom review is a resounding yes! Or should I say, blood-curdling berzerker yes? Whatever comes first!

Originally, I had been somewhat leery of this new Doom from Bethesda but only because of the ‘no early review’ embargo. Typically that spells bad news but all of the trailers up to that point had been great. I guess I really should beg for forgiveness from ID Software and Bethesda because this new Doom is everything us old school Doom fans could want. I remember playing both Doom and Doom 2 for hours on end and still remember the cheat codes…IDKFA anybody? IDDQD? Exactly! The new Doom returns in a bombastic explosion that revitalizes the old yet still retains what made it magic in the first place: carnage! I guess that could be consider, ‘magic’, right? It was in the early 1990s that’s for damn sure!

Bar none, Doom runs incredibly smooth considering how much total f*ing chaos is going on at any given point. The blood and gore slice through the air like confetti, smoke quickly rises from your weapons, and the hands of the character physically tear through demons like they were pinatas filled with the cure for Cancer. The graphics are impressive and I have yet to see the game stutter or stagger even in the middle of what could be considered an apocalypse of gunfire and Satanic body parts. The lightning is great too, though not anything like the likes of Doom 3. Hell, lightning in that game should have been considered the greatest character in that version!

Gameplay is fast and tight; at the very first go I actually had a degree of vertigo from moving so damn fast. I think Usain Bolt has suddenly because the ‘DoomMarine’…and then somebody decided to give him a whole bunch of black market stimulants. I don’t remember ever moving this quickly as a base-line movement speed in many FPS as of late and I feel like it really adds a lot to helping preserve the zeitgeist of the original Doom. Sure, you didn’t move around this freaking fast in that game but back then that was the most intense video game experience of the time. It is a simple solution and it is surprisingly effective once you get the hang of it. Also, you don’t ever really reload…which at first seemed strange but I guess they don’t want you slowing down at any point. Ever.

Speaking of surprisingly effective, the way they compensate for the lack of shield/regenerate mechanic is pure genius. I remember when they first put that mechanic in games and it always seemed like cheating to me…even though that was probably some 15 odd-some years ago. It still feels like cheating to me and for all intents and purposes it slowed up a lot of combat. At the time, it made shooter games seem super-realistic which helped to push games like Call of Duty and Battlefield to the forefront while games like Doom and Quake fell to the wayside. Well, if history has taught us anything it’s that history repeats itself and instead of hiding behind cover, looking down sights we are running, double-jumping, and tearing people in half! The ‘Gory Kill’ mechanic highlights enemies in a colored wireframe indicating that you can run up and finish them off Mortal Kombat style in order to get bonus health and ammo. At first it seems a little jarring but it really helps the flow of combat and those brief respites of time you have while you tear a demon’s heart and feed it to them, or rip a horn off a beast and use it to disembowel them, really give you some time to take a breather and enjoy the simpler things in life. Wow, that sounds crazy after I wrote it but it holds true!

The soundtrack is also surprisingly effective. You knew you would be getting the metal and rock, right? Of course you did! My first gut instinct to hearing the heavy industrial turns and pulsating guitar riffs was, ‘Hey, did they get Trent Reznor again’? I always did enjoy that first Quake‘s soundtrack! After looking it up, it turned out it was a guy named Mick Gordon who you might recognize as the guy who did the first two seasons of Killer Instinct. Nice! The music picks up and gets more and more intense as the waves of unrelenting evil descend upon you. Nice touches though some of the guns seem like they need a bit more ‘bark’. I’m looking at you, plasma rifle!

All in all, as an old school Doom fan and a fan of modern shooters, this new Doom delivers. Sure, the multiplayer is a little on the thin side but if you want some in-depth multiplayer shooting go get Overwatch. If you are looking for a single player shooter that runs somewhere around 15 hours on normal setting without finding 80% of the stuff, then you are good. In terms of replay value I’ve enjoyed it enough that as soon as I beat it (which will probably be in the next 4 hours) I will restart it on a harder difficulty and slow down a bit to do a bit of exploring. You can find all sorts of goodies out there including old school Doom levels. That’s right…total fan service! Fresh and hyper-kinetic, Doom is not for the faint of heart! Hopefully another Doom game or expansion comes out soon so I can write another Doom review. 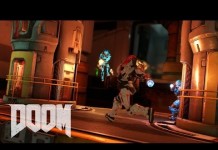 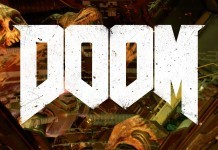 Preview: Get Ready to Go Back to Hell with DOOM

5 Reasons Why You Should Join Team Iron Man