Ever wonder what a video game would look like if the DC Comics’ roster was opened to the likes of NetherRealm Studios? You know…the guys who made Mortal Kombat? Well, you don’t have to imagine too hard because that’s what happened when Injustice came out (and to a lesser extent, Mortal Kombat Vs DC Universe). It wasn’t just a fighting game without a plot, either. It involved a scenario where Superman went rogue after suffering terrible tragedy and essentially took over the world. Of course, Batman was there to stop him and that generally sets up the plot of the first game. People didn’t get enough of their favorite superheroes beating up on each other so the above is the Injustice 2 trailer!

Titled, ‘The Lines are Redrawn’, Brainiac narrates a fantastic string of images and scenes highlighting both returning and new characters. The graphics look mighty impressive and you also get to see some of the new armor system they are trying to implement. Hopefully, that doesn’t mean everybody ends up looking like Iron Man or a Power Ranger by the end of it! Still, this Injustice 2 trailer is pretty damn impressive.

Injustice 2 is scheduled for a May 16th 2017 release across Playstation 4 and Xbox One. As per the video’s description, “The line between hero and villain has become blurred as the most epic battle in the DC universe rages on in Injustice 2. While Batman has emerged the victor in his battle against the Regime, a new threat arises and poses the ultimate threat to Earth.” 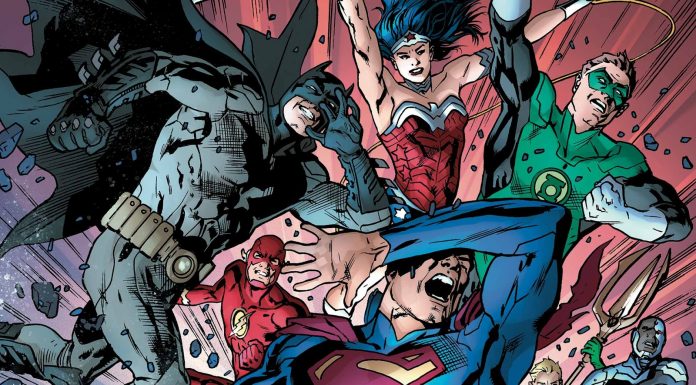