Ultra-mega-brutal COMBO! Originally created back in 1994, Rare’s Killer Instinct was able to make its mark against the likes of Street Fighter, Mortal Kombat, and Primal Rage. Oh, how we could use another Primal Rage game. Any-who, Rare rebooted the series in 2013 and has been releasing content as ‘Seasons’ up to this point. Tomorrow, the Killer Instinct Season 3 starts and adds 4 new characters and promises a couple more! Who might be the character we will be seeing tomorrow? How about Kim-Wu, the often overlooked and extremely deadly character from Killer Instinct 2? How about Rash from Battletoads which you might remember if you had a Nintendo…and if that’s the case then you probably have experienced one of the hardest video game levels ever (that freaking motorcycle level). We also see a return of Tusk from Killer Instinct 2 who wields a mighty ancient blade and has been alive for hundreds of years. Of course last but not least is the Arbiter from Halo complete with grenades and firearms. This should prove to be entertaining!

Killer Instinct Season 3 starts on March 29th, 2016 for XBOX and PC. Are you ready for some extreme combo breaking, juggling, and extremely excited announcers? Where else can you see aliens, skeletons, werewolves, robots, and ninjas fight? 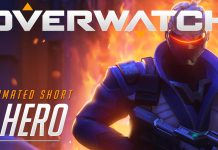