I think a part of our collective hearts just swooned. Ever since we had video games and Star Wars I feel like everybody has dreamed about being able to wield a lightsaber. Look, if we had the real thing, amputations would skyrocket so we’ll have to settle for the next best thing..virtual reality! The above is the Star Wars Virtual Reality Teaser, ‘Trials on Tatooine’ and is labeled as an ‘experiment in virtual reality cinematics’ or something to that tune. This by no means is a finished product; if anything, it is simply a proof of concept but that is more than enough to get us excited as the prospect of wielding a lightsaber! Pfffbzzzzzzt! Sorry about that, folks. I was just pretending to do so and that was the sound effect.

Made for the HTC Vive VR, the Star Wars Virtual Reality Teaser takes place on the desert planet made famous for Stormtrooper BBQs and Luke Skywalker. As the caption on the Star Wars Virtual Reality Teaser states, “Last year, ILM made a video that showed off some of its work on a Star Wars VR experience. The glimpse at Trials on Tatooine suggests something a bit more game-oriented than the mild interaction shown off last year.” Pretty sweet, eh? Unfortunately, most VR products are still pretty expensive but at least we are taking a step in the right direction! 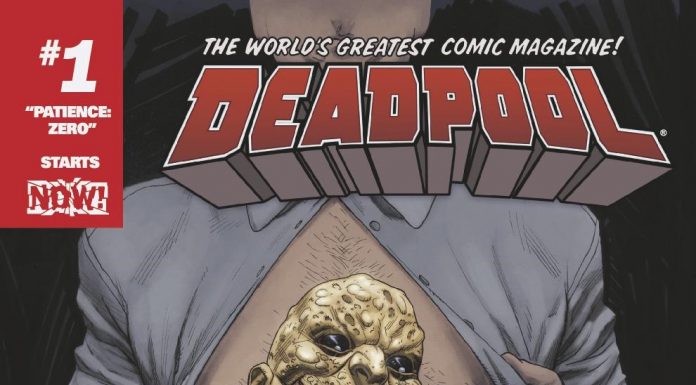 Your First Look at DEADPOOL #21: Deadpool Does Shakespeare!

Tracing the History of Luke Cage Through His Colorful Villains!