Sometimes you get dropped off at the wrong place and you are turned into a monster killing machine through magic and experimentation. Don’t you hate it when that happens? The Witcher 3: Wild Hunt is wildly considered one of the best games of the last 10 years. Ugh…sorry about the pun! Any-who, the latest expansion from CD Projeckt Red is called Blood and Wine and if that above video means anything it looks like there will be plenty of vampires! Vampire combat? Sign us all up! This expansion also proves to be the largest one yet for the Witcher so hopefully the Blood and Wine DLC will be a fine end to the adventures of Geralt! If not, I’m sure they’ll just make some more games…or more books!

“The Witcher, by Polish writer Andrzej Sapkowski, is a fantasy series of short stories and novels about the witcher Geralt of Rivia. In Sapkowski’s books, “Witchers” are monster hunters who (with training and body modification) develop supernatural abilities at a young age to battle deadly monsters. The books have been adapted into a film, a television series, video-games, graphic novel series, and the series of novels is known as the Witcher Saga. The short stories and novels have been translated into several languages, including English.” 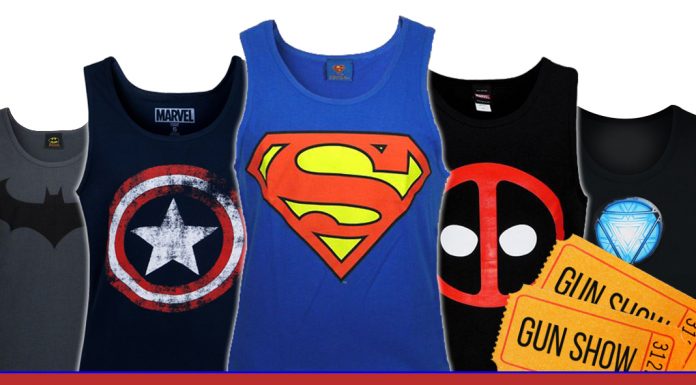 Dress Like a Man with Our Best-Selling Superhero Tank Tops!

Tom Holland Counts Down to Spider-Man: Homecoming with New Image