Home COMICS Our Top 5 Military Superheroes! (And a few not so super). 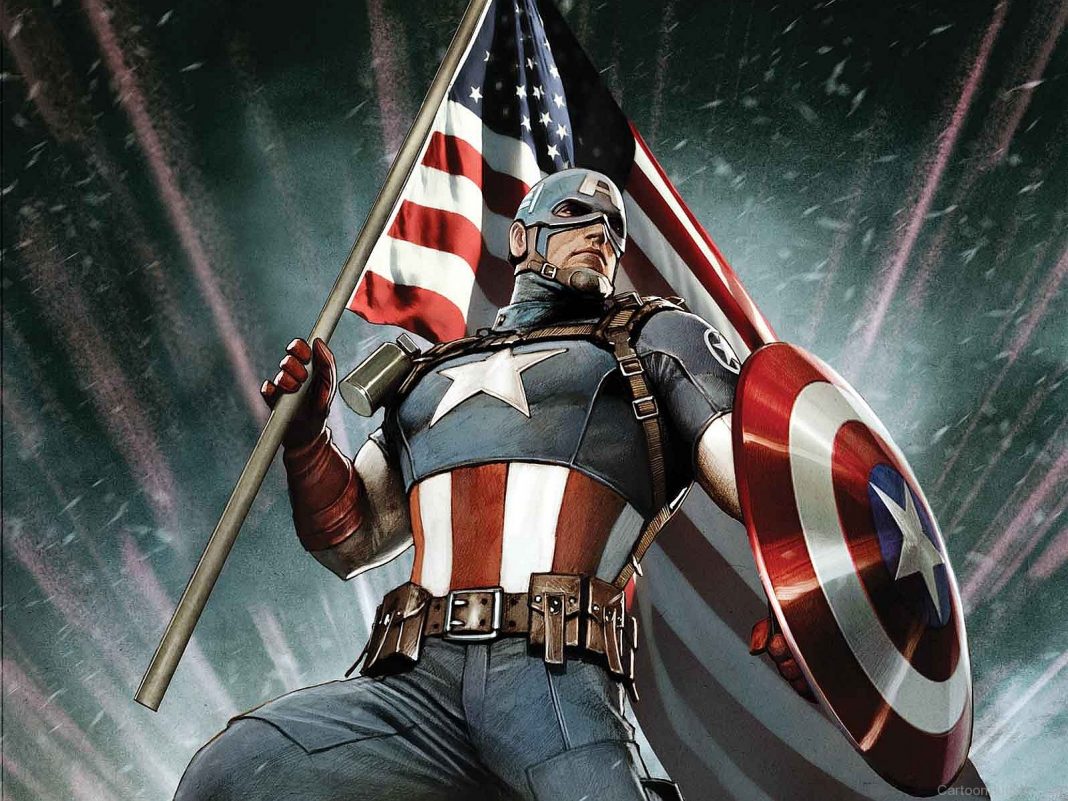 Yes, some superheroes actually received proper military training before heading out into the world and delivering immensely destructive justice to nuclear powered ne’er-do-wells. Unfortunately, said justice was delivered by slamming mutated malcontents into school buses or hurling them through 75 heavily populated city blocks made from 60% glass and 40% combustible gases.

Some may be more “super-powered” than others and hell, some may be more moral than others, but they rescued a lot of cats or broke the necks of violent, social parasites that definitely had it coming. Maybe. Anyway, here’s our top 5 military superheroes who were recruited by, created by, or trained by the government in order to properly beat the hell out of Nazis, gangsters, or cartilage-feeding, surprisingly anthropomorphic aliens intent on..well…feeding on our cartilage. Baby cartilage, specifically. EEEWW!

Frank Castle was a highly trained soldier and part of a Special Operations Unit during the Vietnam War. A brilliant strategist, expert marksman and capable hand-to-hand combatant, Frank Castle was a disciplined, one man military machine. Well, until he came home to his family and watched them die in a gangster-instigated crossfire. Then…then he went ape-sh*t and started killing the hell out of everyone. Is he a superhero? No. Is he moral? Well, not especially, but in a way I would compare him to Batman, an accepted superhero regardless of the obvious deficiency in super-powers. Like Batman, Punisher is a highly trained Earth-person who can be just as effective as those with extraordinary abilities by out-maneuvering them tactically. So, he knows how to counter “super” and he usually sticks to curb-stomping violent offenders. Uh.. kind of a superhero but not really. A cape and cowl might help clarify things.

The Guardians recruited Stewart to act as a backup to the current Green Lantern of Earth, Hal Jordan. A former marine, Stewart was especially proficient in the application of long range deterrents. Translation: he was great with a sniper rifle. Stewart, a gifted architect, used his talents to help organize and mitigate the woes of a forcefully constructed patchwork planet called Mosaic. Hundreds of cities from hundreds of planets were forced together in a terrifying act perpetrated by a Guardian gone ape-sh*t; a cultural and biological mess Stewart was assigned to police, make livable, and to some extent, govern.

Before suiting up in a wearable weapon of mass destruction provided by his erratic-but-infuriatingly-brilliant friend and confidant, Tony Stark, Lieutenant Colonel James “Rhodey” Rhodes served in Southeast Asia with the United States Marine Corps. However, after a terrorist attack in Dubai, Col. Rhodes was severely injured. Having a friend like Stark certainly came in handy as he applied cutting age cybernetics and bionic limbs to Rhodes’ rehabilitation, effectively rebuilding him and bonding him more closely to the War Machine suit.

Captain Marvel was an officer of the United States Air Force and head of security at NASA (remember them?). Due to her work with NASA, she became embroiled in the machinations of the Kree Empire. She met and befriended the Kree soldier, Mar-Vell, but also became a target of his enemies. To make a looooooong story short, one such conflict with Kree-hating hostiles led to Carol’s collision with a damaged Kree Psyche-Magnitron. This device, capable of turning imagination into reality, reconfigured Carol’s DNA and reformed her as a half-Kree superhuman.

Sgt. Rock was a US Army soldier during World War II, and leader of the legendary Easy Company. Enlisting after the attack on Pearl Harbor, Rock went to North Africa as a private but quickly rose through the ranks as his superiors died in combat. Amassing experience in most theaters of combat during WWII, Rock was known for his exceptional shooting skills, his hand-to-hand combat, and the ability to endure several, seemingly fatal gunshot wounds. A superhero? Maybe not. A super-legend? Absolutely.

A meek Steve Rogers wanted to join the military ranks during WWII, but said meekness had more to do with his physical stature than a willingness to stop the concerted Axis of Power. Thankfully, his indomitable spirit was noticed by Army General Chester Phillips, a proponent of “Project: Rebirth.” Through Project: Rebirth and the brilliance of Doctor Abraham Erskine, Steve was injected with the Super-Soldier serum and subjected to a slathering of highly erratic Vita-Rays. Due to the successful intermingling of untested technologies, Steve Rogers was granted superhuman strength, reflexes, endurance, and significantly enhanced cognition. Having the perfect weapon, the US Military aimed their “Captain America” at the Nazi threat and reaped the benefits. Well, until he blew up, fell in the ocean and remained on ice for several decades.

Later, his body was discovered by the Avengers who revived him and brought him into their unique superhero collective. Rogers, an effective combatant and advanced military strategist, quickly became an asset to the team who graciously stepped aside and allowed him to grip the reins of leadership. The rest, as they say, is history.