Home COMICS 5 Reasons Why You Should Read ‘Dark Nights: Metal’ 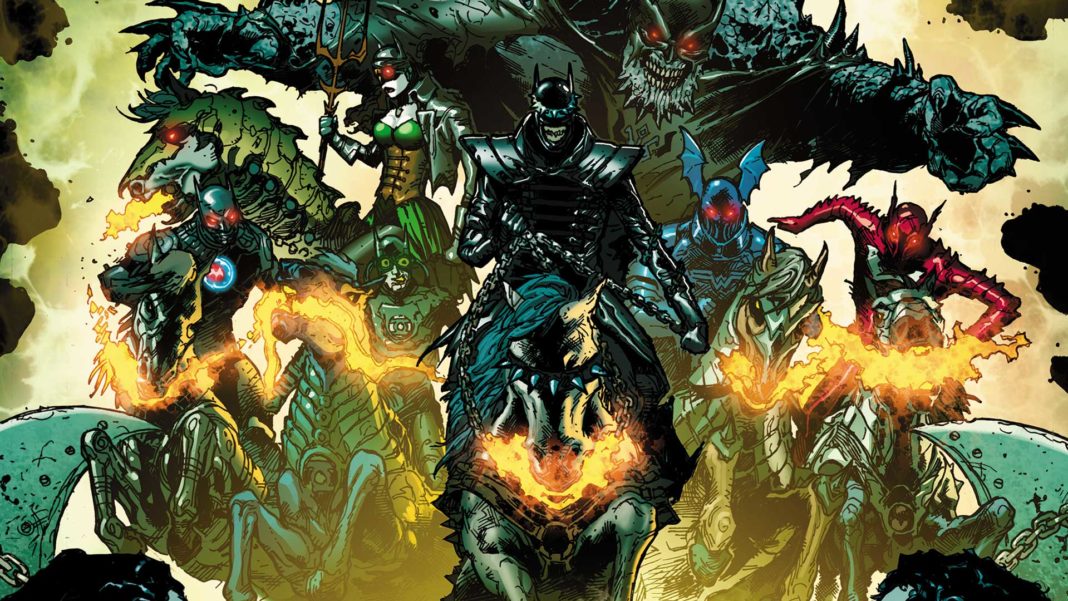 In one of DC’s bravest and boldest Batman storylines yet, Dark Nights: Metal tells an ambitious tale about a “Dark Multiverse” that threatens to extinguish life as our beloved Justice League knows it—and it’s got the Caped Crusader tangled up smack-dab in the middle of it all.

An insanely fun new adventure? Check. An over-the-top story from some of DC’s most creative minds? Check. An army of evil Batmen? Check, check, check. If that alone doesn’t pique your interest, here are just five reasons why you should pick up Dark Nights: Metal right now!

The creative team of writer Scott Snyder, artist Greg Capullo, inker Jonathan Glapion, and colorist FCO Plascencia promises a heckuva ride that will appeal to fans of All-Star Batman and newbies alike. Because the story is also a Justice League tale, non-Batman fans need not feel alienated by the whole thing.

“You always try to take into consideration that there’s going to be a good number of people who have never read the book before or read any DC comic before. When you get to Metal, the idea is that if you’ve read nothing else, you’ll still be okay,” says Scott Snyder (IGN).

Not only is the series a thoroughly engaging inside look at the mysteries of the Thanagarian Nth Metal (finally!), but it is also titled Dark Nights: Metal for another reason too—and that’s because the whole thing is all about rockin’ it out to heavy metal. It even comes complete with a superhero-themed heavy metal album—where else can you get that kind of thrill?

If you’ve ever wondered about the enchanting history of Nth Metal and Hawkman and Hawkgirl’s lifetimes-long quest to understand its magical nature, you definitely won’t be disappointed. The Nth metal mythos is just as deep and rich as the past myths DC has explored—including the color spectrum and the Speed Force—and it will tie plenty of bird-themed characters together, along with the Robins and the Court of Owls. It all just falls into place!

There are plenty of one-shots and tie-ins to drive any pure collector crazy, but that just means that this is a huge event that involves a whole bunch of our favorite superheroes across their own titles (with even a cameo from a certain Endless). The upcoming tie-ins include The Batman Who Laughs #1, Justice League #33 (Justice Insurgence – Part 4), Hawkman Found #1, and of course, the rest of the Dark Nights: Metal main storyline.

Aside from all the hype of November’s Doomsday Clock (and the Justice League forming a combined mecha version of themselves from the first issue alone), one of the most awesome things to look forward to in the weeks to come are the different histories of the Dark Knights. These twisted versions of Batman include The Murder Machine (Cyborg), The Red Death (Flash), The Devastator (Doomsday), The Merciless (Ares), The Drowned (Aquaman), The Dawnbreaker (Green Lantern), and the Batman Who Laughs (Joker)—and they are just absolutely mind-blowing.

Imagine the craziest, wildest, most villainous, and most paranoid Batman of your nightmares combined with the rest of the League! The whole thing is just bat-shit insane, and Batman will undoubtedly have his hands full the whole time. Doesn’t he have enough problems already?